The exhibition, which opens in Mumbai on Friday, features photographs from Taraporevala's archive that were captured decades ago using analogue film cameras. 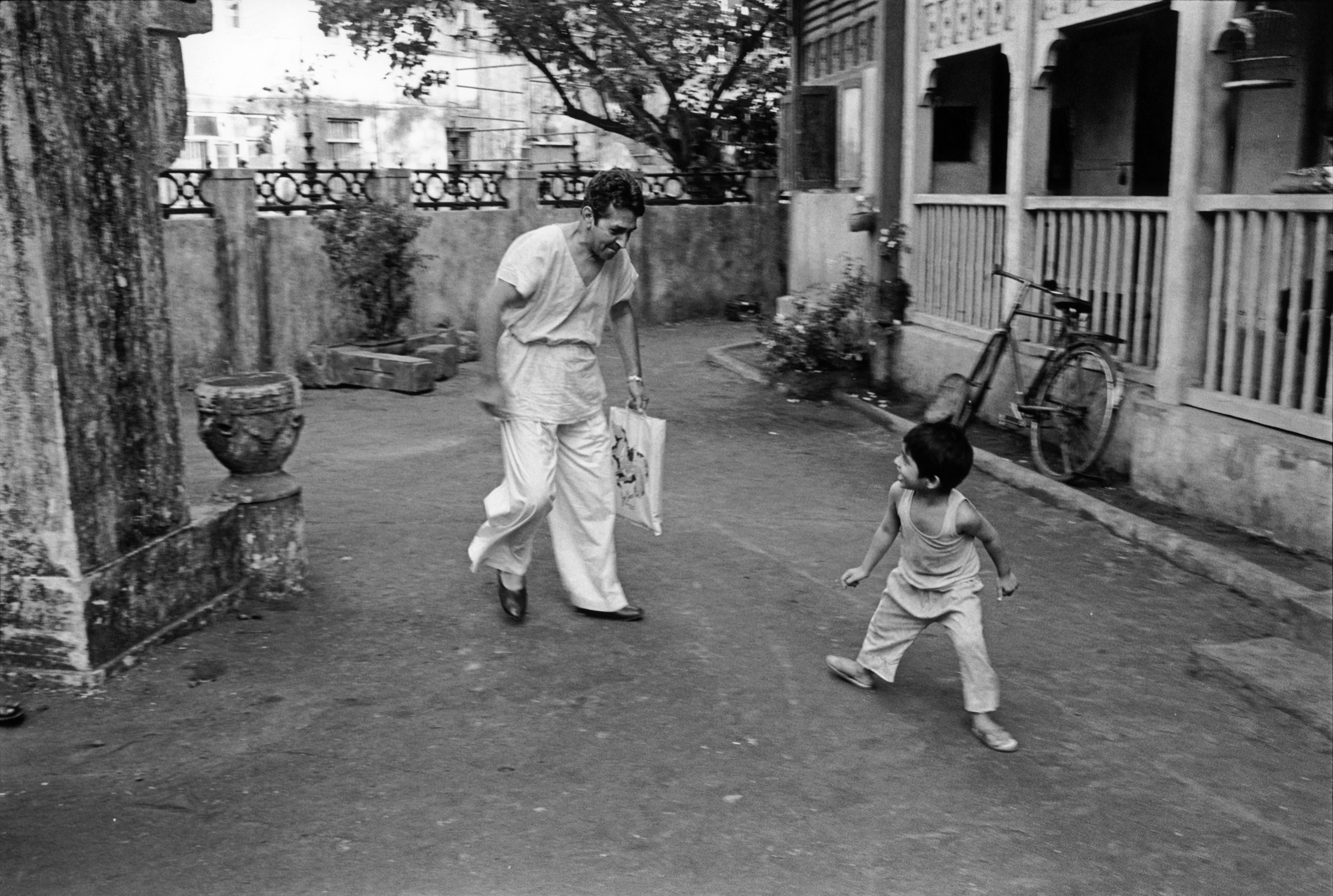 Roshan Seth plays with Mickey on the set of Such A Long Journey, Bombay 1999. Photograph©1999 Sooni Taraporevala

Sooni Taraporevala’s film credits are well known – she wrote the screenplays for Salaam Bombay and The Namesake – but she is also a reputed photographer, wielding her camera to catch moments both mundane and exceptional all over the world and most popularly, in her beloved Mumbai.

Taraporevala has also authored and published a book of photos entitled ‘Parsis: The Zoroastrians of India; A Photographic Journey’, photographs from which were included in Tate Modern’s 2001 exhibition ‘Century City: Art and Culture in the Modern Metropolis’, amongst others. Her work is part of the permanent collections at the National Gallery of Modern Art, New Delhi, and the Metropolitan Museum of Modern Art, New York.

Taraporevala has been engaged in photography for four decades and her latest exhibition ‘My Analogue World’ opens at the Gallery MMB in Mumbai on Friday (March 10).

Fashioned as an homage to the faded era of analogue, both medium and message play with notions of memory and nostalgia, reflecting a trend towards archive as a framing device in contemporary art and photography today. ‘My Analogue World’, then, produces a visual account that infuses personal history with the genealogy of a medium. Impassive commuters in a Tokyo train are in stark contrast to the ‘cool’ youngsters in the Ironbound, the working class community in Essex, New Jersey.

In her artist’s statement, Taraporevala writes:

“I wanted to simulate a darkroom as my happiest hours were spent staying up all night printing in a neighbour’s spare bedroom, with wooden boards covering the windows keeping out all light, as well as air, deep breathing the fumes of chemicals while bopping to music and finally at dawn carrying the prints upstairs to my home where I’d wash them in the bathroom and hang them up to dry with clothespins.”

Mitter Bedi Studio in Colaba loaned the enlarger that is displayed as part of the exhibition. Recognised as “the last hold-out of the analogue world”, they stopped processing film last year, Taraporevala mentions, marking the demise of a medium that was once every photographer’s bread and butter.

‘My Analogue World’, however, is not merely an elegy for analogue. Instead, Taraporevala’s show rediscovers the majesty of the un-digital era, coalescing elements such as art, technology and autobiography into a visual narrative.

“I turned to digital in 2004 and never looked back to film, nostalgically or otherwise. It is only now, 13 years later that I find myself remembering and missing the days of stinky chemicals, and long dark nights.”