Remembering the woman who lived fiercely and loved warmly, touching all with her creativity. 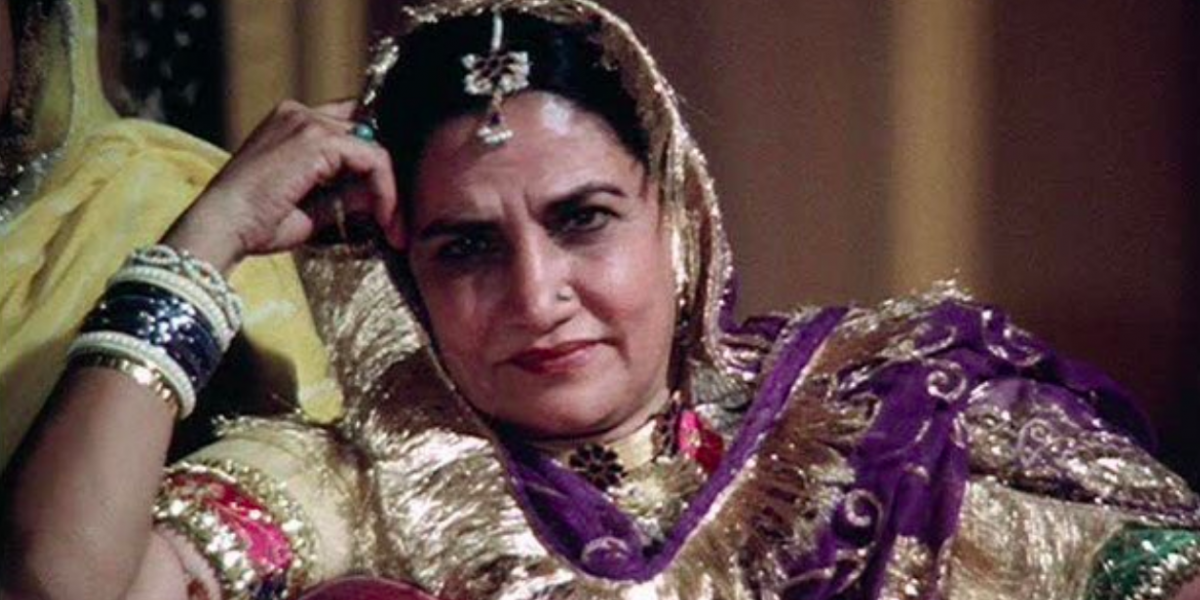 Shaukat Kaifi, ‘Shaukat apa‘ to all of us, passed away on Friday.

Tributes are flowing in, all well-deserved, but there is much that we can learn from the way she lived her life that may be missed in the accolades that will be paid to her talent, her warmth, her hospitality.

Modernity and feminism are not terms that are generally attributed to women from conservative, Muslim backgrounds who grew up before Independence.

All of us have been such victims of stereotyping that we cannot even begin to appreciate women like Shaukat apa – and some others of her generation – who had the courage to jump off a precipice, blind-folded, because they had experienced in small but significant ways the winds of change that were blowing all around them, change that they were determined to experience for themselves.

This determination took them from that precipice into unknown spaces and gave them the courage to deal with the pain that accompanied the joyous new realities that they encountered.

Shaukat apa grew up in a conservative and well-educated Sunni Muslim family in Hyderabad. Even as a young girl she saw things that many others of her background missed. She loved going to melas where rural craftspeople brought things that they had woven or created with their hands and traditional skills. She loved the colours and the organic beauty of what their wares and, very soon, her eyes became unerring in their recognition of what was special, unique, unusual and amazing.

She would buy pieces of fabrics and construct blouses, kurtas and dupattas from them. A bit of appliqué here, putting a few disparate pieces together there, embellishing the seams with daraz of her own invention – soon something would emerge that was both a tribute to the original weavers, the craftsperson and her own aesthetics.

She also loved poetry and the sounds that language made. When she was barely 17, she accompanied her father to a mushaira and heard Kaifi saab recite.  He was a wonderful looking man with a deep voice and a lock of hair that fell on his forehead while he was reciting.

#RIP SHAUKAT KAIFI passes away at 93.
theatre artiste and film actor fondly known as Shaukat Aapa. Renowned for her work with Prithvi Theatre & in films like ‘Garm Hava’ pic.twitter.com/YjkZ2MXv8w

He was also a revolutionary, a people’s poet who could hold audiences of thousands spellbound. Perhaps the audience that Shaukat was a part of was held spellbound too.  She could not take her eyes off the poet and, once he had spotted her, she was the only one he continued to recite to and for.

He sent her a letter telling her that he loved her and wanted to spend the rest of his life with her. He also told her that he was a penniless communist who lived in the party headquarters in Bombay (eventually Mumbai).

And, extraordinarily, Shaukat decided that she would go with him. She would leave the secure confines of her home and the enveloping warmth of her loving family and go off with this stranger whose soul she had sensed in his poetry and his eyes.

She would go off with this stranger into a world far removed from everything that she had known and was familiar with to a brave new world where men and women entered into relationships of love, friendship and comradeship, where ideals and commitment were all that was important; where money, dowry, comfort were all considered tawdry and of no consequence.

Shaukat confided in her father who must also have been a most remarkable and democratic gentleman. He met Kaifi and developed a sense of trust in him and he took his beloved daughter to Bombay to marry this unknown, impoverished communist poet who was not only part of a completely alien world but who also belonged to a very different Muslim sect.

Marriage to Kaifi meant life in one room with a curtain between the bed and the kerosene stove and a shared bathroom in Red Hall in central Bombay. But it also meant sharing space with Sardar and Sultana Jafri, P.C. Joshi, the Chari ladies and so many others who talked about poetry, literature and revolution while dealing with children and smoking stoves while living lives of poverty and deprivation.

Sajjad and Raziya Zaheer lived separately but their home was a haven and they were continuous sources of hospitality and inspiration.

P.C. Joshi had the capacity to spot and develop talent and he encouraged Shaukat to work at Indian People’s Theatre Association.  Working and earning her own money are things that Shaukat apa took very seriously.

They became essential parts of her being and she remained convinced for the rest of her life that it was only through working and earning their living that women could begin to be free.

Stories of her obsessive involvement with the characters she played and learning her lines – obsessions that became nightmares for her husband and later her children – are well-known.

During the making of Umrao Jaan and Anjuman, she would become Khanum Jan and Chuhiya Begum (the rascally matchmaker) long before the shooting started.

As Chuhiya Begum, she was made up to look cunning and greedy and she was dressed in a dirty, torn burkha. She assumed this persona and the clothes every morning and would come to morning tea with Kaifi saab, looking quite dreadful in every way.

The famous Theatre Personality, Film actress and Writer. Born in Hyderabad ,Married to legendary poet/lyricist #KaifiAzmi. She was an active member of Progressive Writers and Theatre association of India pic.twitter.com/ETfTDh5SEJ

Kaifi saab, of course, would take one look at her and, in that deep voice of his, he would make his comments! As Khanum jaan, she wore wonderful clothes (that she loved and continued to be appreciative of for years afterwards, as also of the fact that I had insisted that she play Khanum and not Umrao’s mother as others had decided) and she became the character in every way.

After seeing the film, Kaifi saab said, “Arrey Moti (he always called her that) agar byah se pehle yeh film dekhta to tumhara shajra zaroor nikalva kar dekhta (Oh Moti! If I had seen this film before our wedding I would have definitely had a look at your family tree).”

This was because, in the film, Shaukat apa was no one but Khanum jaan, the successful and canny courtesan who ran her own ‘kotha’, or bordello.

But, of course, the films came much later when the family had moved out of the Red Flag Hall, and into Janki Kutir in Juhu.

In the years in the Red Flag hall, Shaukat apa, on at least two occasions, displayed the independence of thought and fearlessness that were characteristic of her. When she conceived after having lost a baby and was advised by the party leadership to not have the child because of the very difficult conditions, she absolutely refused and, if I remember correctly, went home to Hyderabad to have the baby.

Subsequently, immediately after Independence, when the communist party decided that many of its Muslim leaders should go to Pakistan and build the movement there, Kaifi saab was also directed to go. This was a time when the party mandate was a very serious matter and defiance was unthinkable for many and very difficult for others.

Shaukat apa put her foot down as soon as Kaifi saab conveyed the news to her. She was adamant and unshakeable. There was no way that she would go to live in a country with religious laws, laws that she would never allow herself to be subjected to.

Kaifi saab must have tried to reason with her but her obduracy made him register his inability to go. He never forgot what he owed Shaukat apa, in this, more than so many other things, like the fact that it was her complete commitment to see that he walked again after his devastating stroke that saw him through months of very difficult, almost unbearable treatment.

Shaukat apa had a very big heart. Although three-fourths of it was completely occupied by Kaifi saab, Shabana and Baba, the quarter that was left was still large enough to accommodate relatives, friends, comrades, gardeners, drivers, cooks, maids, doctors and nurses. I was fortunate enough to have found a place there too.

Learn to be modern, learn to be self-respecting from Shaukat apa’s life. Fortunately, she wrote her memoirs (and I was one of the people who badgered her to do this) and the best tribute to her would probably be to read the book and learn.

Subhashini Ali is a former member of parliament from Kanpur and politburo member of the Communist Party of India (Marxist). She was a costume designer for Umrao Jaan.