The Poem That Forced Sahir Ludhianvi to Leave Lahore Forever

In 1949, while in Lahore, the poet wrote ‘Avaaz-e-Adam’, in which ‘hum bhi dekhenge' remains a memorable phrase. It ended on the optimistic assertion that the red flag of communism would fly high.

Sahir Ludhianvi, who passed away 40 years ago today (October 25, 1980), was born in 1921 in Ludhiana, Punjab. His real name was Abdul Hai Fazl Mohammad. His father Chaudhary Fazl Mohammad was a wealthy landowner of Sikhewal and belonged to the Gujjar community. When he was barely six months old, his parents separated and his mother Sardar Begum left the house, taking baby Abdul along with her.

He became interested in poetry, both reading and writing it from an early age. Under the guidance of Maulana Faiz Haryanvi, he studied Urdu and Persian and soon became proficient in these languages. In one of Iqbal’s couplets, he came across the word sahir which means enchanter or magician and took it as his pen name.

As a young man, Sahir was deeply concerned with the socio-economic and political problems of the country and actively participated in students’ movements, addressing many public rallies and meetings. He left Ludhiana for Lahore in 1943 and joined Dayal Singh College, where he was elected president of the students’ federation. However, he left college midway and joined the editorial staff of some of the leading Urdu magazines of the time such as Adab-e-Latif, Shahkaar and Savera.

After Independence, he settled in India and devoted himself to composing film songs. He made his debut in movies as a lyricist for Azadi Ki Raah Par and Baazi. The latter made him famous and opened a new avenue for his talent. In recognition of his contributions to Hindi cinema, he was honoured with the  Padma Bhushan. He died in Mumbai on October 25, 1980.

In 1949, while in Lahore, Sahir Ludhianvi wrote a revolutionary poem, ‘Avaaz-e-Adam’ (The Voice of Man), in which ‘hum bhi dekhenge’ remains a memorable phrase. It ended on the optimistic – and one could say provocative – assertion that the red flag of communism would fly high. Pakistan had already decided to become a frontline state in Western attempts to contain Soviet Communism. It was trying desperately to convince the US that it could be a strong ally in its anti-Communism policy. Pakistan also wanted to portray itself as a trusted ally for the West, not just in South Asia but also in the Middle East.

But after the poem was published, Sahir was threatened by intelligence agencies and he migrated to India. In effect, ‘hum bhi dekhenge’ came to symbolise Sahir’s farewell to Pakistan, which he felt would be a puppet of the West, and his search for sanctuary in Nehru’s India.

Faiz Ahmed Faiz’s poem borrows the defining line ‘hum bhi dekhenge’ from Sahir, but without acknowledging it and places it in a different context. Faiz’s poem was used in the student protests in India late last year. Faiz’s usage of Islamic imagery was given a spin that it was ‘anti-Hindu’, which the poet surely never intended. But with Sahir, there was never any ambiguity in his choice of words. He read this poem at a gathering in Lahore in 1949 and a few days later, travelled to India, never to return. 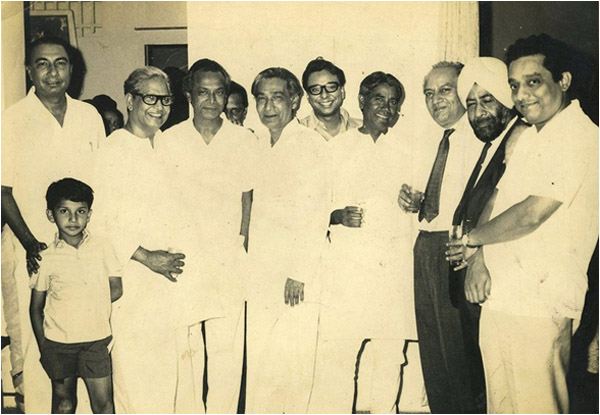 A few years later, Faiz was arrested on charges of conspiracy and remained in jail for many years, though it was an open secret that it was part of the crackdown on left-leaning intellectuals. He wrote ‘Hum Dekhenge’ in 1979 against Zia’s dictatorship, using religious symbolism to show that he was not an atheist and that his religion was the anthesis of what Zia called Islam.

Watch: The Bookstore That Brought Together Urdu’s Literary Greats

This seminal, little-known poem is now being offered here in its original Urdu, along with its English translation, coincidentally on a day that marks the 103rd anniversary of the Bolshevik Revolution in Russia, in the hope that it will stimulate renewed interest in Sahir’s memory and legacy, in time for his birth centenary next year in 2021.

Whether we see it from the door of the dungeon or from the heights of the scaffold
We too shall see you dishonoured in the marketplace of the world
Just take a moment’s breath, we too shall see the consequences of the grandeur of Jamshed.

Retribution is a tradition of human history
Till when will you amass the arrows, we too shall see
We too shall see how far you will persist with your tyranny.

O sons of darkness this is the time for departure
We too shall see the morning wear  the flag of red colour
You too will have to see this clamour, and we too shall see

All translations from Urdu are by the writer.