Sacrificing Heritage Conservation at the Altar of Politics 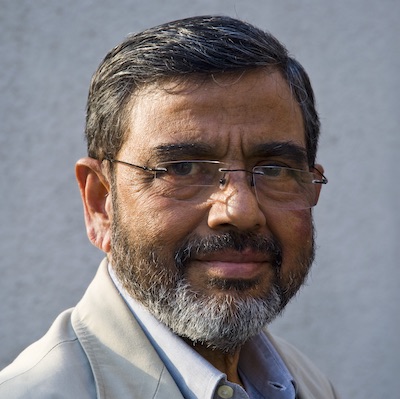 The recent suo motu decision taken by the Central government to abort Delhi’s bid to be recognised as a World Heritage City by UNESCO at the penultimate stage of evaluation came as a shock to the conservation profession in general, but also the Government of Delhi, the driving force behind the initiative, in particular. It introduced political dimensions to what should have been a routine cultural exercise.

For the last five years, the Indian National Trust for Art and Cultural Heritage (INTACH) had been working with the Government of Delhi to draft the application to be submitted to UNESCO for listing Delhi as a World Heritage City. Only two precincts of Delhi were identified for the tag as the “Imperial Capital Cities of Delhi”: Shahjahanabad, built by Emperor Shahjahan between 1632-48, and Imperial New Delhi, built by the British colonial government between 1911-32. They constituted less than 2% of the area of the National Capital Territory of Delhi. This initiative was important for several reasons, not least because it intended to fill a significant gap in India’s list of World Heritage Sites by focussing on historic cities as heritage: there are over 220 World Heritage Cities today, but not one is in India.

Wide consultations were held with Indian and international historians, archaeologists and conservation professionals to ensure the technical veracity of the nomination. There was considerable media interest in the exercise, which placed the nomination squarely in the public domain and built broader awareness of the significance of the exercise, particularly among school and college students. Acquiescence was sought from all regulatory authorities such as the Delhi Development Authority, the Delhi Urban Arts Commission (DUAC) and the Heritage Conservation Committee of the Ministry of Urban Development; the Ministry of Urban Development itself conveyed it’s No Objection to the proposal; the two municipalities managing the nominated area – NDMC and North MCD; and of course, the Ministry of Culture, the nodal ministry dealing with applications to UNESCO for World Heritage Status through its specially constituted Committee on World Heritage Matters, and the Archaeological Survey of India (ASI).

In this manner, the prescribed due process were meticulously adhered to. The detailed dossier was sent to UNESCO in January 2014 as India’s official nomination for the year 2014-15. During the course of the last year UNESCO completed a thorough review of the application, including a site visit by an expert who saw the ground realities and discussed the application with all the stakeholders. The government responded to all the queries and clarifications raised by UNESCO and the final decision was due to be taken at the UNESCO General Assembly in Bonn at the end of June 2015.

Even as the Government of Delhi and the ASI were monitoring the countdown to the Bonn meeting, it was revealed on the UNESCO website in May 2015 that the Government of India had “withdrawn” the application. Later it was clarified that the government had requested that it be “postponed”.

No official statement has so far been issued to explain this precipitate decision. None of the concerned stakeholders – the Government of Delhi and the ASI -were privy to the decision. One only learnt about it through the UNESCO website. Under the circumstances, one can only speculate on the probable factors that may have influenced this ex cathedra. I can offer three plausible political scenarios that may explain the covert nature of the action.

The first is based on the on-going altercation between the Central government (through the Lt. Governor of Delhi) and the AAP government in Delhi. From this perspective, the decision to abort the nomination at the very last moment can be seen as a political rap on the knuckles of the Delhi government administered by an exasperated Central government trying to establish who is the boss. After all, the nomination process had adhered to all the designated protocols for submitting India’s official 2014 nomination to UNESCO and until the new government of Delhi took over in February 2015 and raised the politically prickly question about the limits of its powers to govern Delhi, the question of withdrawing the nomination never surfaced, even though there had been legitimate concerns about the advantages and consequences of the nomination. The vindictive nature of the decision is reinforced by the fact that the Central government has otherwise been talking about respecting the federal structure of governance and devolving more power and resources to the states, but in this case the Delhi Government was not even taken into confidence.

Second, this could have happened because conservation of heritage is often a bitterly contested terrain: witness the demolition of the Babri Masjid. But in this case, the contestation is over the value of urban land that is being proposed to be conserved. While the government – and our society – recognises iconic monumental heritage, it has qualms about valuing urban heritage because the control of urban land is a political issue, not the least because its value mediates not only personal wealth but the quid pro quo between land developers and politicians. So, did the Central government belatedly realize that it would lose out on its ability to mortgage the immense economic value of the Lutyens Bungalow Zone to developers for political gain and so decided to withdraw the nomination even at the eleventh hour?

And, third, the identification of what is to be considered heritage is also a political issue. The areas identified for nomination were defined before the present Central government came to power. So along with its other revisionist agendas, did it, perhaps, also begin to wonder if the colonial Imperial City and the Mughal Imperial City were “our” heritage? Even if history, or rather its interpretation, is a contested subject, such issues must, in a democratic set-up, invariably be debated – a process that did not take place in the case of Delhi’s nomination. Did political imperatives override the cultural merits of the nomination?

India is not a banana republic. It has established institutions, laws and processes in place to handle matters like the nomination of cultural sites to the UNESCO World Heritage list. In whichever way one analyses the decision of the Central government to withdraw Delhi’s nomination, one comes up with the regrettable conclusion that it was arbitrary and prejudiced, and contrary to democratic principles we claim to respect. Political imperatives, in this case, overcame cultural ones for the basest reasons.