The documentary on the student's suicide was denied a 'certificate of exemption' by the information and broadcasting ministry. 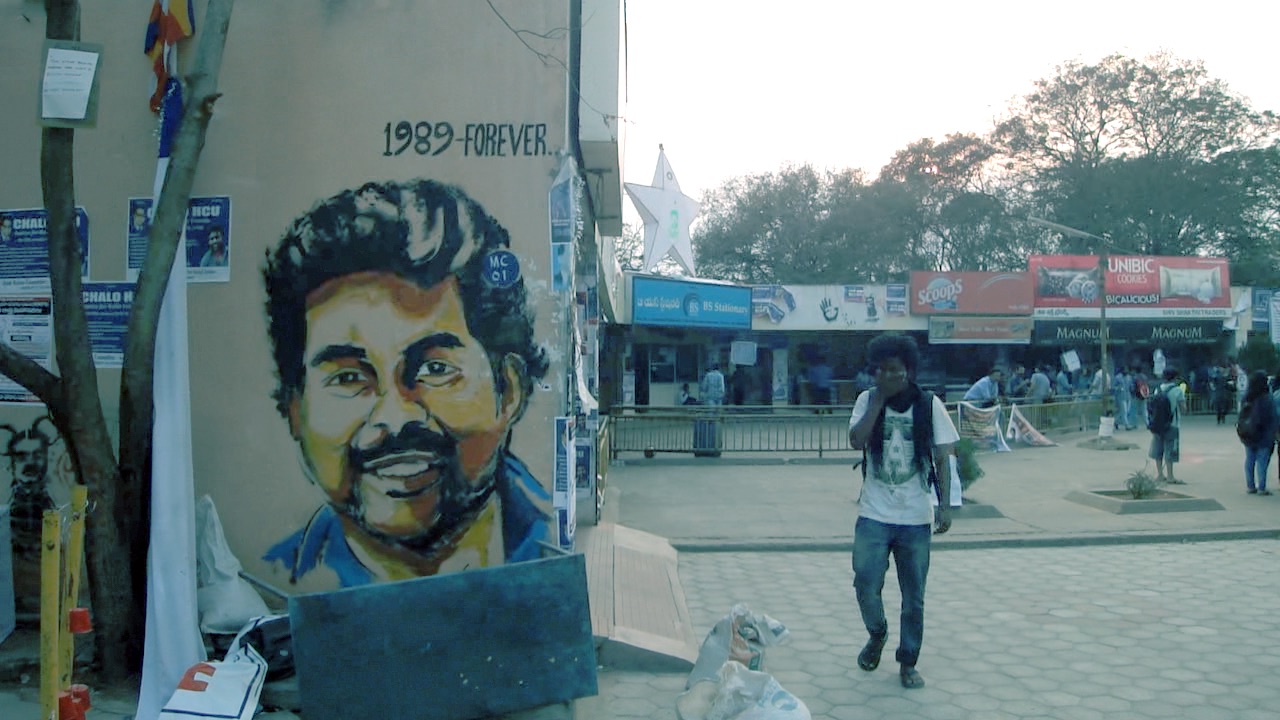 One of the standard operating procedures practiced among us filmmakers after we complete any film is to let a select few preview it. One of the first persons I showed The Unbearable Being of Lightness – my documentary about Rohith Vemula’s suicide – was a dear friend of mine, a cameraman colleague who is known amongst our circle to be on the ‘right’ side of the world. I could count on him to be honest with his opinion and it would be an ‘insider’ view. Honest he was, and brutally.

After watching the film, with misty eyes, he said that the film touched him. In the same breath he added that it was a potentially dangerous film and asked me to be ‘careful’ with it. “The present regime is very vindictive in nature, even amongst its own. Wait for some time, something or the other will surely happen with the film,” was his prophecy. That was some months ago. Ever since, I patiently waited for something to ‘happen’ to the film.

Well, something has definitely happened with the film. A couple of weeks ago, I got to know that it was selected for the long documentary competition section in the International Documentary and Short Film Festival of Kerala (IDSFFK). The standard operating procedure for any independent filmmaker in such a situation would be to boast on social media networks and bargain for some likes and shares. Since I claim to be a true independent filmmaker, I too followed this practice religiously and with grave intensity expressed happiness that the film would finally get an audience.

And then something else happened. A couple of days ago, the festival authorities sent me an email saying that the Ministry of Information and Broadcasting of the central government had refused to give a ‘certification for exemption’ for a few films, including mine. There were no reasons given, although it was possible to guess: one was about voices of the youth of Kashmir, the other was on protests in JNU and the third one, mine, was on the caste system, focusing on Vemula.

For all films that do not have certification from the CBFC (the ‘censor board’), festival organisers apply for a ‘certificate of exemption’. My understanding is that generally the granting of such exemptions is a matter of routine; except that in recent times there have been instances where the ministry has refused, and without assigning any reasons for doing so. Well, if there is a rule or an order that is made, it better be implemented one way or the other, isn’t it? So under standard operating procedure, it was implemented for The Unreasonable Being of Lightness too. To hell with what film festivals want to show.

But hold on. The IDSFFK was not the only thing to have ‘happened’ to the film. In November last year, the film was also shown in the documentary competition section at the Kolkata International Film Festival (KIFF), which would mean that under standard operating procedure, the KIFF would have also applied for the exemption certificate and must have got it too, for it to have screened the film. Well then, how come what was good for Kolkata changed for Thiruvananthapuram? Your guess is as good as mine.

But I am indeed happy that something has finally ‘happened’ with the film. My friend’s prophecy has finally come true.

There is another standard operating procedure that all filmmakers go through – and it is fast turning out to be a health hazard these days. After you make the film, you apply for certification at the CBFC. Certification is needed for any film that proposes to have public screenings. Somewhere along the line, I made a smart choice that I wouldn’t spend crores of rupees on publicity, make 1,000 prints or hire that many theatres to screen this film.

I would rather go in for select private audiences; group screenings for invited people organised by interested parties. A documentary film might have a maximum of 50 screenings in its lifetime, with an average audience of 35-30 per screening – and I am being highly optimistic here. So about 1,500 people would probably see it at screenings, in its lifetime. Why would I want to screw up my health by going through the process of film certification for public screenings that will never exist for my film?

And why would anyone not want this minuscule number of people to see the film?

Four: What is my film about?

The Unbearable Being of Lightness was shot in February 2016 at the University of Hyderabad when I went there to conduct a documentary workshop for the students of mass communication. The film was not a part of the workshop, but I found it necessary to document the workshop as the university students’ strike on the issue of Vemula’s death had just ended but the protest was on, as seen at the main shopping area of the campus that was called Shopcom.

In the workshop, the students were taken to the shopping area and were made to observe the happenings in audio-visual mode. They then had to come up with a structured write up, what we call an ‘actuality report’ in documentary filmmaking. It was but natural that Vemula seeped into many of these reports. All these had to be documented, as did the happenings around the Shopcom.

I also had to reflect and come to terms with my own understanding of the caste system, the idea of which probably dates back to the Manusmriti or even earlier. The suicide note that Vemula had written was central to the film; the genesis of the film itself had originated from this letter. Adding to this multiple narrative structure is the rendering of the Urdu poem called Dedications by late poet Faiz Ahmad Faiz at the Shopcom and portions of an evocative article on Vemula’s mother and family.

With all these and more in the film, something had to ‘happen’ to the film, as I was forewarned by my cameramen friend.

I wish to thank the standard operating procedures adopted by all parties concerned, due to which there are now more number of people wanting to know about the film, which is available online.