As a Historian of the Nuclear Program, I Can Only Laugh at the Howlers in Rocket Boys

The series gets so much wrong, not only factually but also in the way it projects today’s hyper-nationalistic narrative.

A still from 'Rocket Boys'. 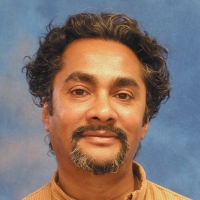 Last night, I didn’t know whether to laugh or to cry. I had just finished watching Rocket Boys, the new series that purports to tell the story of how the nation’s ‘atomic base’ (as the disclaimer calls it) was built. In the end, I decided that laughter was the way to go, because the flaws and omissions in this eight-part series are so overwhelming that no amount of tears would wash them away.

Surely the funniest moment of all is when the renowned scientist Homi J. Bhabha, the (in real life) portly and gravitas-saturated chairman of the Indian Atomic Energy Commission, dives into the ‘swimming pool’ reactor Apsara, fully clothed and armed with just a screwdriver. His aquatic mission is to fix a few recalcitrant control rods – or is it fuel elements? – that are preventing India’s first research reactor from reaching full power. Being a scientist, presumably Bhabha knew that this wasn’t such a good idea, but hey, why let a little radiation poisoning get in the way of telling a good story? The only question I have after seeing this sequence is why Bhabha jumped in fully clothed. It’s well known that the real Bhabha was a natty dresser, but fans of the actor missed a chance of seeing what must surely be a nuclear six pack.

There are other hilarious scenes as well. At one point, Bhabha and Vikram Sarabhai (who would go on to found India’s space programme) are seen on the roof of what is supposed to be Bangalore’s Indian Institute of Science, running to pull down the Union Jack and replace it with an Indian flag, just as the Institute’s alleged British benefactors are pulling into the main courtyard. IISc director C.V.Raman, easily identified by his iconic turban, is torn between national pride and fear that his colonial donors will react badly (which they do). The idea of Bhabha racing along a rooftop is so far-fetched as to be utterly ridiculous, unless the rooftop was also the location of an elegant bar where waiters were standing by to offer him a well-mixed martini (shaken of course). After all, this was the man who pushed for Vienna to be the headquarters of the International Atomic Energy Agency so that he could attend the state opera when attending IAEA meetings.

And did I mention the bizarre sets, lighting, costumes (especially for men) and dialogue? Rocket Boys seems to have confused Cambridge with Lord’s cricket ground, dressing undergrads in blazers and flannels, also imagining that western journalists in India wore black suits to the beach while local ones carried mini-recorders in 1963. Of all the ‘period’ artefacts introduced for apparent authenticity, the presence of non-black direct dial telephones alone typifies the cluelessness of the set designers. The constantly dour, gloomy, sepia-toned colour scheme is meant to evoke the past but just ends up just irritating viewers (a subtle way of reminding us, no doubt, that history is associated with less wattage). The series’ language is remorselessly contemporary and peppered with anachronistic terms: I still can’t get my head around Mrinalini Sarabhai being equated with hallucinogenic LSD.  The absence of honorifics alone – especially professor and sir – show how little the makers understand the milieu they seek to represent.

And the locations! The institutional buildings we see repeatedly soon blur into a single form marked by clock towers and cloistered passages, the Sassoon library and Victoria Terminus adding Gothic gloom to the already dim lighting. The real pity of it is that both Sarabhai and Bhabha were relentless modernists who took architecture as seriously as the work to be performed within the structures they created. From TIFR and PRL to the IIM Ahmedabad campus, they built dramatic future-oriented structures soaked with light that still stand as icons of Indian architectural modernity. Laugh or cry?

Aiyyo, typical academic fussiness, one might say, missing the point as usual. Surely the whole point of this exercise is to tell a good story, not get caught up in dubious historical details. Who cares if some creative liberties are taken with the historical truth in the interests of recounting for new generations the Cherenkov-glowing story of how India became a nuclear state…  Opinions may differ.

Already we have seen justified criticism of the creative decision to make the primary villain of Rocket Boys a Shia Muslim. Not only is this choice a clear indication of the majoritarian politics of Hindutva seeping into entertainment, as a columnist has pointed out, the real-life inspiration for this character could only have been the brilliant, anti-colonial nationalist and (in today’s language) Dalit astrophysicist, Meghnad Saha, portrayed in the series as a nasty person, and a CIA collaborator to boot. Avoiding the caste question is only one side of the larger problem. Former president and relentless self-promotor A.P.J. Abdul Kalam soon makes his appearance to demonstrate the correct way to be a religious minority, thus closing the circle of bad Muslim-good Muslim.

Had the creators of this series dared to confront caste and privilege instead of alleged religious difference; had they the honesty to acknowledge that ‘Asia’s first nuclear reactor’ was copied from a British design fuelled with imported rods; that India’s first rocket was NASA-supplied, its supporting infrastructure made possible with Soviet and French help; this would have been a very different story. But why should we expect such courage from entertainers selectively appropriating history to tell a story about India’s great male scientists?

The women portrayed in this boy’s-only tale have a story of their own, mostly told in absentia. They are uniformly attractive and well turned out, as you might expect, as their primary role is to bask in the glory of their men.  Mothers, wives, mistresses and paramours: that’s as much as can be managed in this cocksure account. The mistresses, Kamla Chowdhry and Pipsi (in real life a character based on Bhabha’s long-running affair with a married woman from a prominent Bombay business family), are diminished, portrayed in the shadows as they wait to be noticed and appreciated. Fathers don’t come across too well either, with both Bhabha’s and Sarabhai’s paternal relationships being questioned in interesting ways. Little hints of what might have been are scattered throughout this series, which it must be said, is based on events that are wonderfully dramatic even without a masala script. But why do drama when melodrama comes so much more easily?

Bhabha and Sarabhai would be horrified to think that their pioneering vision and extraordinary achievements were being reduced, decades later, to the celebration of last-minute screwdrivers and ropes pulling up launch platforms. It’s one thing to scavenge for oscilloscopes in junkyards during a world war (as they did in Bangalore); it’s quite another to suggest that the genius of the Indian nuclear and space programmes was the ability to scrape their way out of imminent public relations fiascos. Are expectations really so low?

Don’t be so serious, professor. Just laugh, Rocket Boys is nothing more than desi science fiction.

Professor Itty Abraham is the author of The Making of the Indian Atomic Bomb.

Note: The headline of this article initially misidentified Prof Abraham as a “scientist”. He is, in fact, a political scientist who has written extensively on India’s nuclear history.