Was Premchand a Supporter of Sati? Hardly.

Accusations by the editor of 'Hans' magazine that the great author was status quoist, regressive and that most of his writings were nothing but “trash” are outrageous.

For nearly two months, a veritable Theatre of the Absurd is being staged in the world of Hindi literature as Sanjay Sahai, editor of the monthly magazine Hans, has been taking potshots at Premchand, who, along with Rabindranath Tagore, happens to be the best-known Indian writer the world over.

The fact that Sahai is the editor of the magazine that was founded by Premchand in 1930 and revived by Rajendra Yadav in the mid-1980s has turned the situation rather bizarre.

As critic Martin Esslin has explained, the Theatre of the Absurd depicts a man who, cut off from his roots, is completely lost and whose actions become “senseless, absurd, useless.” This description fits Sahai rather well if one looks at his recent antics.

At a Facebook Live video appearance on June 22, 2020, in which he was interviewed by writer-journalist Priyadarshan and also answered questions posed by viewers, Sahai came out with a shocking statement that with the exception of 25-30 short stories, most of Premchand’s stories were nothing but “trash”.

Answering a viewer who asked him why the present-day editors were ignoring those writers who were writing much better than Premchand, Sahai said that it was imperative that they should write better than Premchand as he was writing in his own time and the contemporary writers were writing in very different circumstances. Having made his shocking statement that most of Premchand’s writings were “trash”, he cited two celebrated stories – Bade Ghar Ki Beti ( The Daughter of a Rich House) and Namak Ka Daroga (The Salt Inspector) to substantiate his assertion.

Also read: The ‘Demise’ of Nawab Rai and the Birth of Munshi Premchand 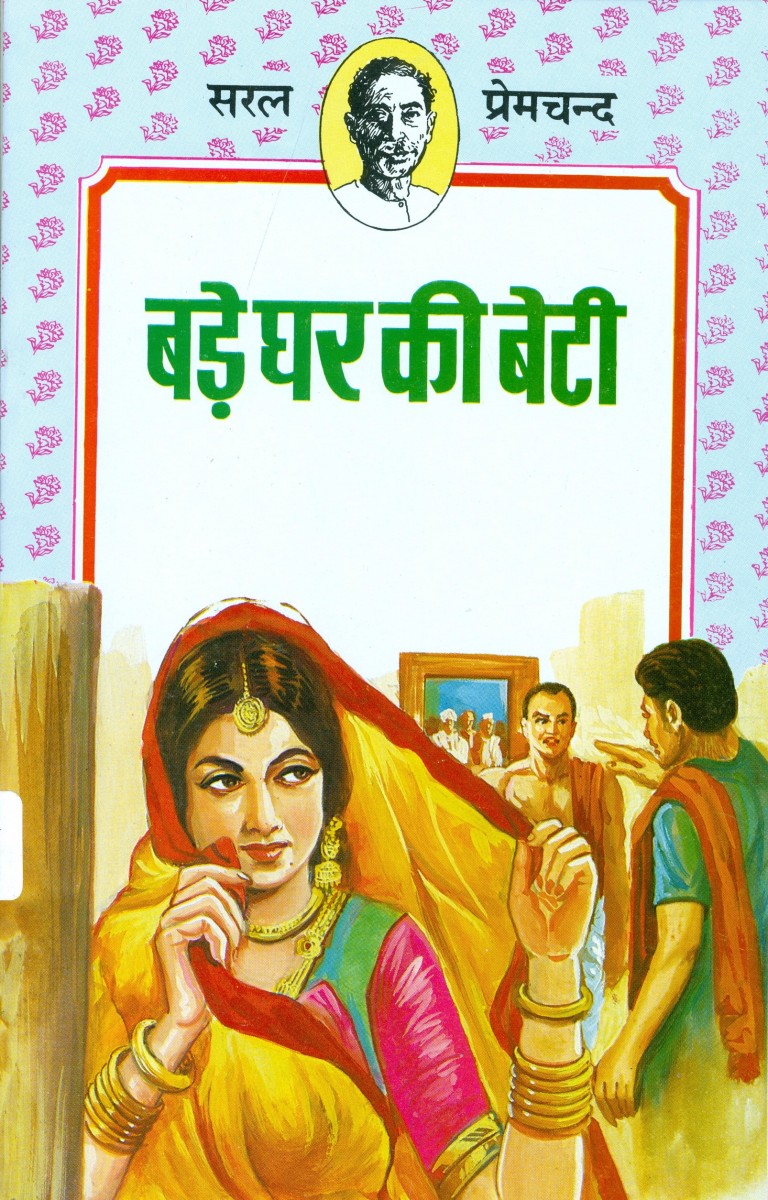 While doing so, Sahai ended up exposing himself and showing how fiction should not be read. In the same breath, he called Bade Ghar Ki Beti  “status-quoist” as well as “realist”, thus leaving no doubt that he was innocent of any understanding of these critical concepts. This is because realism, that lays bare the inner dynamics of personal as well as social situations, can never be an upholder of the status quo. Realist writings always aim at unfolding the process of changing reality by capturing its essence and bringing its contradictions to the fore. Moreover, he misread both the stories and interpreted them rather cynically.

He lambasted Premchand for lauding a daughter-in-law who, despite having been “kicked and beaten” by the younger brother of her husband, forgave him just to save the united family although her father-in-law had sided with his erring son and he had requested his elder brother and not his sister-in-law to forgive him. Anybody who would take the trouble of reading this story would know that Sahai had indulged in misinterpreting it on the basis of a complete misreading.

In the opening paragraph of the story, Premchand makes it clear that he did not sympathise with the view that a joint family should remain united despite daily bickerings, fights and tensions. Anandi, whose parents were wealthy while her father-in-law was a landlord, who had fallen on bad days due to wasting most of his money on court cases, disagreed with her husband Shrikanth who was a firm votary of the joint family despite his English education and whom most women of the village disliked for his views.

One day, Anandi’s brother-in-law got angry and threw his wooden footwear at her, slightly injuring her finger. On Shrikanth’s return, Anandi told him about the incident and he promptly became ready to leave the house and shift somewhere else. This shook his younger brother Lal Bihari as he had great love and respect for Shrikanth. He tried to persuade Shrikanth to give up the idea but failed. Then he came to Anandi’s room and, standing outside and shedding copious tears, asked her to forgive him and tell his brother that he was leaving. This melted Anandi’s heart and she forgave him.

The way Premchand wrote the story made it very clear that he was extolling the virtues of a cultured woman’s magnanimity and generosity instead of the virtues of maintaining a joint family united at any cost. There is no mention of any “kicking and beating” of Anandi by Lal Bihari or any other member of the family. One would suggest that Sahai, who does not have much to write home about his stature as a short story writer, should make use of his fertile imagination in his own writings.

He interpreted Namak Ka Daroga in a similar manner, doing complete injustice to Premchand’s creative intention. The way Premchand described the consequences of salt tax and the resultant smuggling of salt, the manner in which corrupt bureaucracy and judiciary acted, and the ruthlessness with which an honest inspector was hounded out, one feels as if he was describing present-day reality.

The wealthy and powerful landlord-cum-businessman offered the official, who had arrested him, a lucrative assignment as the manager of his properties and business affairs. The minor official, who had lost his job and reputation, accepted this offer. The worldly-wise businessman obviously needed an honest man to look after his properties and business and the sacked inspector, who was forsaken by everybody, needed a job. Sahai criticised Premchand for creating such characters.

Unruffled by the all-round criticism of his attempt to belittle Premchand, Sanjay Sahai penned an editorial in the August issue of Hans and charged his critics with installing the idols of Premchand and other such writers in the temple of Hindi literature. He made a preposterous remark that Hindi literature faced the risk of being turned into something like the Rama Temple Movement.

Titled Bhaktikaal (Age of Devotion), the editorial accused Premchand of seeing Indian values and identity in only Shiva-bhakti (worship of Shiva) and bathing in Ganga. He cited a short story titled Yahi Mera Watan (This is My Country) from Soz-e-Watan, a collection of his Urdu short stories that was published in 1908 and was proscribed by the British government in 1910.

In Yahi Mera Watan, an Indian returns from America and feels very disappointed by the pitiable condition of his countrymen. Sitting in a dejected mood, he hears the sound of bhajans sung by a crowd of men and women who were going to take a bath in the holy river Ganga. This triggers his memories and he feels exhilarated as he had close association from childhood with Ganga.

Sahai finds all this contrary to the progressive image of Premchand. Perhaps, he is as unaware of Jawaharlal Nehru’s will, written and signed on June 21, 1954, as he is of literariness of a work. In the will, Nehru writes:

“I have been attached to the Ganga and the Jumna rivers in Allahabad ever since my childhood and, as I have grown older, this attachment has also grown. I have watched their varying moods as the seasons changed, and have often thought of the history and myth and tradition and song and story that have become attached to them through the long ages and become part of the flowing waters. The Ganga, especially, is the river of India, beloved of her people, round which are intertwined her racial memories, her hopes and fears, her songs of triumph, her victories and her defeats. She has been a symbol of India’s age-long culture and civilization, ever-changing, ever-flowing and ever the same Ganga….the Ganga has been to me a symbol and a memory of the past of India, running into the present, and flowing on to the great ocean of the future.”

In his iconoclastic overzealousness, Sahai commits an unforgivable act by making an outrageous accusation against Premchand and alleging that, more than 50 years after Ram Mohun Roy and William Bentick had done away with Sati, the great writer supported the custom. He cited Premchand’s short story Sati and, as is his wont, completely misreads it.

In the story, Chinta Devi, a courageous warrior, prepares to immolate herself when she hears that her husband Ratna Singh, whom she considered an ideal soldier, had fled his army. When she enters the pyre, Ratna Singh reaches there and tries to dissuade her. But she tells him that her husband had died and he is not her husband since her Ratna Singh could not have fled the battlefield, leaving his comrades. The pyre is lit and Ratna Singh too jumps into it.

Only somebody who has no sense of history or literature can compare this to the customary Sati that was opposed and banned in the 19th century. However, all this begs a question. Why is the present editor of Hans so bent upon throwing mud on a great writer like Premchand who was also the founder-editor of the journal?