Popular Music's Search for the Sacred in a Secular World

The enquiry into sacredness is not over, it’s just beginning for the 21st century, and in wildly disparate modes and places. In music, Nick Cave, Hozier and Dr G. Yunupingu have led the way. 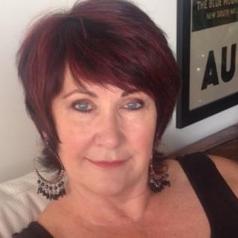 One of the most rancorous, persistent and polarising dualisms today is, arguably, that between the secular and the sacred. Sacred and secular are capacious categories but in the field of lived and popular culture, such terms are being transformed kaleidoscopically, with the songs of Nick Cave, Hozier, and many others exploring the sacred embedded in very human, secular contexts.

So what happens if we unpack our individual relationship to that dualism? Do the safe walls we have, possibly, built around ourselves, either against religion (or more broadly, the sacred), or against atheism, stand unbudgeable, untouchable? There’s always that middle ground, agnosticism. But do we feel the need to open the gates, prepared to hear our own clichés fly: “Australia is such a modern secular nation”; religion, isn’t that an opiate?; “priests are all pedophiles”; “nothing’s sacred anymore”; “thanks to my Catholic childhood, but no thanks …”

Well, guess what? The enquiry into sacredness is not over, it’s just beginning for the 21st century, and in wildly, playfully, wonderfully disparate modes and places. Enter Nick Cave, that dark prince of early punk music, now striding restlessly back and forth between punk and popular. His song lyrics, with those often melancholy, churchy organ chords, are dripping in references to what might be called sacredness in a secular world.

Take, for example, the wry, self-deprecating lyrics of his popular song ‘Into my Arms’: “I don’t believe in an interventionist God / But I know, darling, that you do / But if I did, I would kneel down and ask Him …”

Or the lyrics of a lesser-known song, ‘Brompton Oratory’, which takes as its scene the beautiful old church in central London, where a dispirited lover sings to himself, to his absent love, and to a God who is transposed across the absent lover:

Up those stone steps I climb
Hail this joyful day’s return
Into its great shadowed vault I go
Hail the Pentecostal morn.
The reading is from Luke 24
Where Christ returns to his loved ones
I look at the stone apostles
Think that it’s alright for some

The music of Brompton Oratory juxtaposes a restless, walking, syncopated rhythm and the moody tones of the church organ. In Cave’s by now famous metaphorical merging of flesh and spirit – “the smell of you still on my hands/As I bring the cup up to my lips” – the singer presses imaginatively, movingly, against the border between death and life, worldly and spiritual love.

Hope and belief merge too, because the sacred here does not equate with dogma, religion, or institution (though the Oratory’s steps are hard, and the apostles are made of stone), but rather with the raw, recognisable longing of one who desires rather than knows, who yearns both spiritually and in the flesh.

Cave’s 10th album, The Boatman’s Call (1997), where these two songs appear, is immersed in sacred and secular intertwined, two lovers knotted together, wrapped in each other’s arms in mutual need, suspicion and recognition. Have a look at the lyrics to ‘There is a kingdom’ or ‘Idiot Prayer’ . The idiot in the latter poem has faith, but also doubt. He hopes for heaven and yet sees hell all too viscerally:

This prayer is for you, my love
Sent on the wings of a dove
An idiot prayer of empty words.

Imagination is one route towards the sacred, but it so often crumbles into “empty words” in Cave’s ecstasies. This blend of lyric rapture and melancholy is familiar if you are a Leonard Cohen fan too. In Cohen’s 1984 song ‘Hallelujah’, so exquisitely rendered by Jeff Buckley, as well as by John Cale and many others, sacred possibilities are embedded in a lyric of high desire and doubt:

Now, I’ve heard there was a secret chord
That David played, and it pleased the Lord,
But you don’t really care for music, do you?
It goes like this, the fourth, the fifth,
The minor fall, the major lift,
The baffled king composing hallelujah…

Cohen’s complicated sexual and spiritual meditation does not shy away from the entanglement of the sacred and the secular (material, sexual, bodily) urges of human life: “There is a crack in everything (there is a crack in everything)/That’s how the light gets in” (Leonard Cohen, Anthem). His hallelujah is “not a victory march/It’s a cold and it’s a broken Hallelujah.”

“That’s muzak now, isn’t it?” my partner groaned, as I played Buckley singing his version. And it is. But read Alan Light’s 2012 book, The Holy or the Broken: Leonard Cohen, Jeff Buckley, and the Unlikely Ascent of ‘Hallelujah’ for a gripping account of the journey of the song into popular culture.

Irish singer Hozier’s Take me to Church, covered by Ed Sheeran and others, sings of a he and a she enthralled with each other, making sense of what is human, clean, innocent, generous, in terms that collapse the sacred and the secular.

No masters or kings when the ritual begins
There is no sweeter innocence than our gentle sin
In the madness and soil of that sad earthly scene
Only then I am human
Only then I am clean
Amen, Amen, Amen

Take me to church
I’ll worship like a dog at the shrine of your lies
I’ll tell you my sins and you can sharpen your knife
Offer me that deathless death
Good God, let me give you my life

But Hozier’s video for the song (one of two videos, the other a balletic production) is of a he and a he, a gay relationship, which presents another twist to our understanding about why the dualisms of right and wrong, embedded in heteronormativity, must be questioned. The video presents a confronting narrative of persecution and violence against gay sexuality. At the same time, it is a lover’s paean.

The chorus’ “Amen, Amen, Amen” is sung against the visual images of brute hatred and destruction, producing a complex response to the injustice of “the madness and soil of that sad earthly scene”.

Yes, the dualisms of sacred and secular, right and wrong, which fuel homophobia still motivate many cultures, with their need to hierarchise, dominate, or exterminate the other.

But Hozier’s song holds on, through images of total violence, to the beauty and rapture of lovers finding the ground for a love which “dares not speak its name”, still, in many places.

How far have we come from the rigid linguistic and lived dichotomies that shape people’s identities, that police who they can love, that dictate what we should find sacred? Perhaps it’s not a question of “how far have we come”, but of the fecundity of our processes that seek to understand and learn from difference.

Cultures seek sameness, likeness, but more and more, globally, we need to relate to the difference, to keep trying to comprehend how different skins, different histories, different sexualities, different beliefs might find openness in living together. That quest for enlightened attitudes to difference speaks into what is at the root of both sacred and secular approaches to living on the earth.

It is a continuing conundrum that in this so-called secular nation of Australia we cannot find fuller and richer ways – politically, religiously – of acknowledging past violence and failure, of moving forward into places where differences are proudly enunciated, rather than nourishing the roots of hatred and dismissal of the other. This conundrum is highlighted when we consider relations between white and Aboriginal Australia.

How often have I heard (white) academics making welcome to country pronouncements, acknowledging Aboriginal sacred relations to place and country, but then in more ways than one eschewing, for themselves, the category of the sacred?

What is it that makes one people declare its sacred relation to ancestors and country, and another people so committed to a modern, secular existence – the material, or hyper-capitalist, or individualistic – while cohabiting the same country?

It was good, therefore, to hear recently of Australian academic David Newheiser’s current research project, “Atheism and Christianity: Moving Beyond Polemic”, emerging from a team at the Australian Catholic University’s Institute for Religion and Critical Inquiry.

Yes, the Catholic institutional context of ACU might raise some immediate questions about the nature of real debate in this evaluation of atheism. But listening to the reach and openness of this project is fascinating and uplifting (for more, go to ABC Radio National’s The Spirit of Things podcast). Old, cold dualisms are tumbling in this piece of research into the interrelatedness of belief in both atheism and Christianity.

And in relation to our joint life in Australia, racially and spiritually, Aboriginal people today are addressing the present prime minister, asking that he hear their claims to sovereignty and deep, historical, sacred relations to culture, country and language. The words of that enormously popular 1991 Yothu Yindi song ‘Treaty’ still ring out.

With its wonderful, 1980s guitar riffs, the song still holds up, still provokes dreams of “a brighter day/When the waters will be one.”

Of course “one” here doesn’t suggest homogenisation, a cloaking of all difference, a refusal to acknowledge racial distinctions, languages and cultures. There are two rivers, different languages, the need for a treaty between different worldviews; but there is, equally, a dream of harmony and respect, a hearing of the others’ voices, a reflective displacing of the dichotomy “us and them”.

In political reality there is, of course, still a great divide, a hierarchy of black and white, of them and us, pre-modern and modern, colonised and coloniser. But there is also lyrical, even utopian, hope. A moving beyond dualisms listened to by many in the music of Yothu Yindi, Archie Roach, Ruby Hunter, and the transcendent Geoffrey Gurrumul Yunupingu.

In his monumental and widely influential 2007 work A Secular Age, theologian Charles Taylor wrote of the West’s history of belief and secularism, up to the current moment where, in what he describes as the secular wasteland: “… young people will begin again to explore beyond the boundaries”, eschewing the disembodying of spiritual, celebrating “the integrity of different ways of life”.

Today, flesh and spirit are in new forms of exploration, popular music soaring in the updraught.

For an extended discussion of Cave’s lyrics see Lyn McCreddin’s essays in Lovely Creatures: The Best of Nick Cave, and the Bad Seeds (1984-2014) or in Cultural Seeds: Essays on the Work of Nick Cave, (2009).