Eunice has been widely acclaimed as a poet, novelist and anthologist of 19th and 20th century Indian writing. She was also a critic, columnist and writer for children. 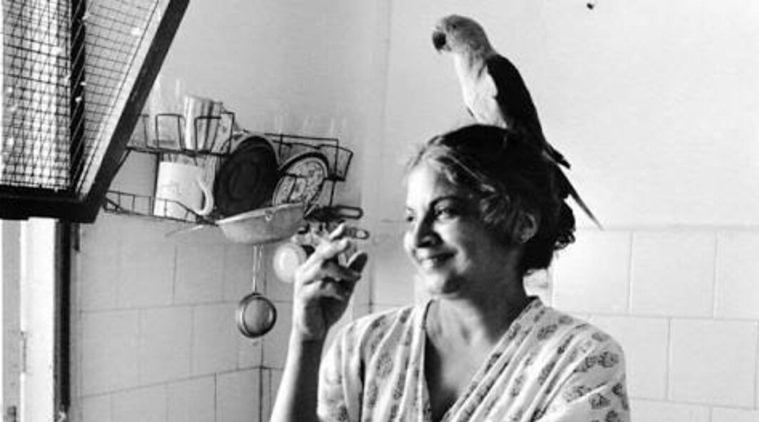 I look striking in red and black

and a necklace of skulls.

Eunice de Souza was a legend who notoriously “terrorised (successfully) the bank manager” as well as her contemporaries, colleagues and generations of students (even college principals have been known to quake before her). Her weapons: an acerbic tongue and devastating wit bolstered by impeccable logic. She was a true savant whose departure leaves a gaping hole in our intellectual sphere.

Eunice has been widely acclaimed as a poet, novelist and anthologist of 19th and 20th century Indian writing. She was also a critic, columnist and writer for children. Her first book of poetry Fix (1979) was hailed as “…a practically perfect book, and one of the most brilliant first books I have encountered” (K.D. Katrak, The Sunday Observer). Most of the poems seem at first to be caricatures of the Goan community, but are in fact minutely-observed revelations, occasionally indulgent but more often critical. There are also several wrenching poems about the poet’s own fraught and unresolved relationships. Her mix of trenchant observation and the confessional with more than a touch of self-deprecation and black humour became her distinctive style, reappearing in later collections, Women in Dutch Painting (1988), Ways of Belonging (1990), Selected and New Poems (1994), and A Necklace of Skulls (2009), unabashed even in her last volume Learn from the Almond Leaf (2016):

I have to look for my

Yet in this last collection there is also a preoccupation with death and what, finally, a life is worth, as seen in the anguish lurking in the starkly epigrammatic Remains:

My mother’s bones in a niche.

For Eunice, poetry was a process of consciously crafting and rewriting and revising every word and line. These last poems, particularly, work as powerful images. And this one seems prescient:

Fling my ashes in the Western Ghats

May the leopards develop

A taste for poetry

The crows and kites learn

To modulate their voices.

May there be mist and waterfalls

In the wrong season. 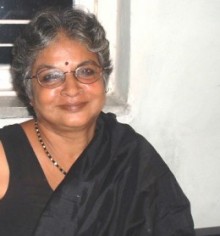 Despite her formidable reputation, Eunice was tremendously admired and loved as a professor of English at St. Xavier’s College. Her lectures were mesmerising experiences where all that mattered was the life of the mind. She set high standards for academics and discipline, and expected complete compliance. She got it too. She could make caustic remarks about the passive “cabbages” in class, but draw out the most inhibited student to overcome inadequacies of language and background and make a confident presentation. As a visionary and dynamic head of department, she created a stimulating and exciting ethos by bringing in a host of eminent guest speakers from India and abroad, founding the annual English department literary and theatre festival Ithaka, and initiating a culture of research by establishing the department journal and other publications.

Eunice had a fierce sense of justice and fair play, and fought extensively in the university teachers’ union and at St. Xavier’s for the rights of teachers and students – and for stray dogs, in recent years. Her bluntness and impatience riled many: she had an utter contempt of cant, platitudes, pretentiousness and smugness. For those who saw her mellower side, however, she was warm and generous “Auntie E”, and with her beloved parrots and dogs she was a self-confessed softie.

I was extraordinarily privileged to work with Eunice for several years. Our discussions were a tantalising glimpse of the extent of her reading, her insights, her grasp of the most abstruse of philosophical concepts and equally of the practical implications of the latest economic policy. She talked of writers long before the Nobel committee brought them to the notice of the world, yet spoke even more knowledgably about the impact of Indian aesthetic traditions on the work of Shri Aurobindo. With her, I not only discovered new worlds of thought, but also to observe how pigeons fold their wings when they sit on the ground.

Rest in peace, Eunice. You left mid-sentence, but some part of you will always live in the staff-room of St. Xavier’s, the lady in black smiling enigmatically through a cloud of cigarette smoke.

Dr. Shefali Balsari-Shah was head of the department of English at St. Xavier’s College, after Eunice de Souza.