An interview about war and propaganda with the photographer of one of the most iconic images of the Vietnam War. 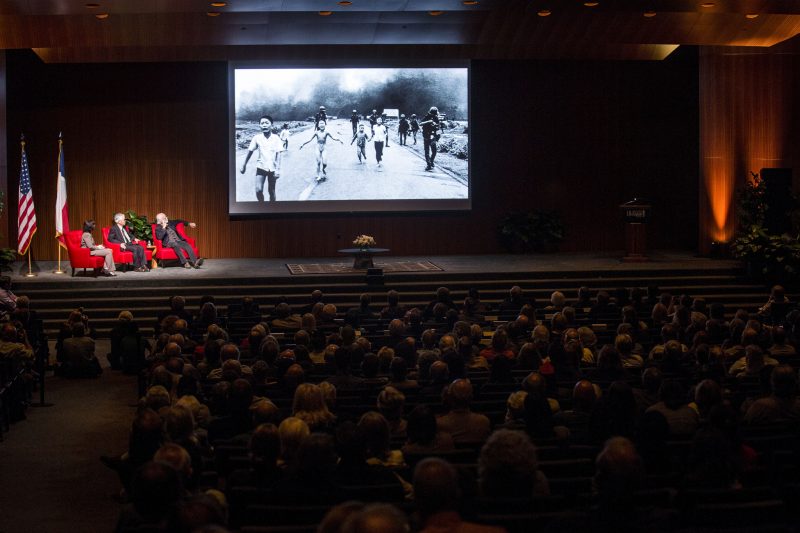 Meet Nick Út, one of the most internationally recognised photographers of the Vietnam War. The Pulitzer Prize-winning photojournalist just retired in March after 51 years of working for the Associated Press news agency.

Út became famous for a photo of a young girl (Kim Phúc) nearly burned to death by a bomb dropped by a South Vietnamese plane, taken in a village being overtaken by North Vietnam forces. A photo that many credit or blame, depending on whom you ask, to have changed the tide of the Vietnam War. The black-and-white photo is loud and shocking. When viewing it, we first grapple with the naked, crying young girl in the foreground, her singed skin against the backdrop of napalm smoke. The cries from running villagers in the photo become nearly auditory.

Út captured the photo on January 8, 1972, when South Vietnamese planes mistakenly dropped a napalm bomb on Trảng Bàng, a village that had been attacked and occupied by North Vietnamese forces.

The story is one that has been widely featured in media all around the globe – and the photo was the perfect depiction of the horrors of war. Perhaps so perfect, that it was easily used as propaganda. Út explained:

Both the North and the South used the photo of Kim Phúc as propaganda. The North would say, ‘This is a photo of America dropping a bomb to murder the innocent.’ And in the South, “This is a photo of the communists shooting missiles.’ To me, I am telling the truth. And the propagandists, well, they’ll say what they say.

Út is revered by many who feel his photo helped lead to America’s withdrawal and the war’s end and resented by others who feel his photo played a key role in helping the North, thus holding a natural bias against the South Vietnam forces. 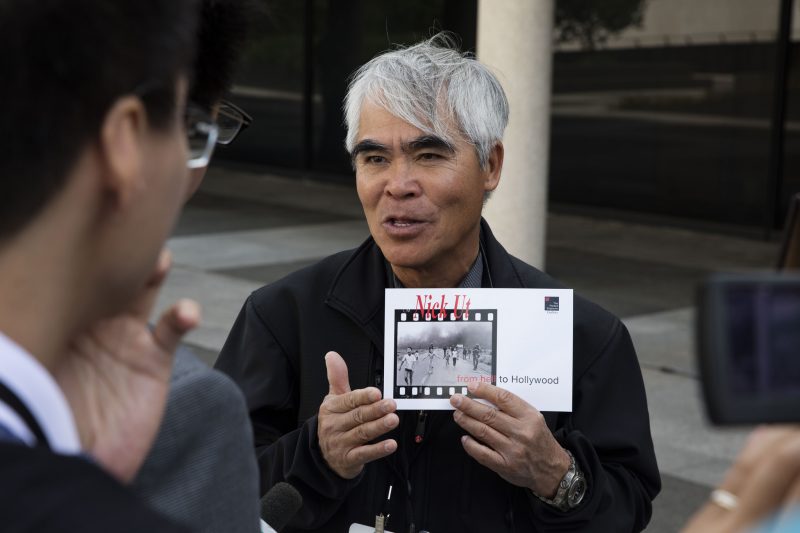 From disturbing images to ones meant to document triumph, he also said that staged photography was common practice. One example is another famous Vietnam War photo of a tank rolling through the presidential palace in Sàigòn. The tricky part of understanding the photo, as well as its presence in history books across the world, is that there were multiple photographers behind variations of the photo with soldiers on a tank, coming through the gates – a depiction of the North’s victory. He says photographers of the North, who he calls employees of the Vietnamese government, the Communist Party, stood in a different position in documenting these types of moments.

That photo is the result of multiple re-staging – that’s how they were able to get that photo. In truth, they did not just capture the tank as it rolls into the gate. They had to back up, go out, come back in multiple times so that they could take a beautiful photo.

Skipping ahead, this tank rolled through the Presidential Palace in Saigon signaling the fall of South Vietnam.#vietnamwar pic.twitter.com/uYZASAlVC1

Visual image plays a powerful role in helping us understand history, reminding us that different lenses are at play in shaping narratives of war. Út says narratives are most easily imposed and reinforced when people don’t know what they don’t know. It’s how impressions and interpretations are strengthened.

In light of an extremely complex war history, perhaps the takeaway is simple: what you see, very possibly, is not what was or what is. Út says that, regardless of one’s field of work, it’s crucial for each person to do their due diligence to understand their medium.

He shared a story about how he learned the art of photographing baseball to emphasise the need to be knowledgeable about a topic in order to practice better photography:

Journalists should read a lot of news, watch a lot of news. Just like filmmakers need to watch a lot of films. That’s how you get good. You know in 1977, AP told me to go shoot a baseball game. I was stumped, I thought, what’s baseball? I went to my first baseball game and I thought, what is this? Why does it look like the Viet Cong running after American soldiers? Why’s everyone running? So I watched all the photographers snapping away, but I came away with nothing. I was frustrated. The next way, I opened a bunch of newspapers and looked at the photos: second base, home plate, home run. This is easy! Then, I was able to shoot just like that.

It’s safe to say that war is tougher to understand than the game of baseball. And as wars and violence continue to persist in our world, the need to look critically at how the narratives are shaped is just as imperative as it ever has been.

To learn more about photography and propaganda during the Vietnam War, listen to the podcast On the Record: