When the Pen Speaks: Performing Stories That Are Relevant Today

Jashn-e-Qalam, a collective of artists, is attempting to revive interest and readership in Hindustani literature through the art of storytelling. 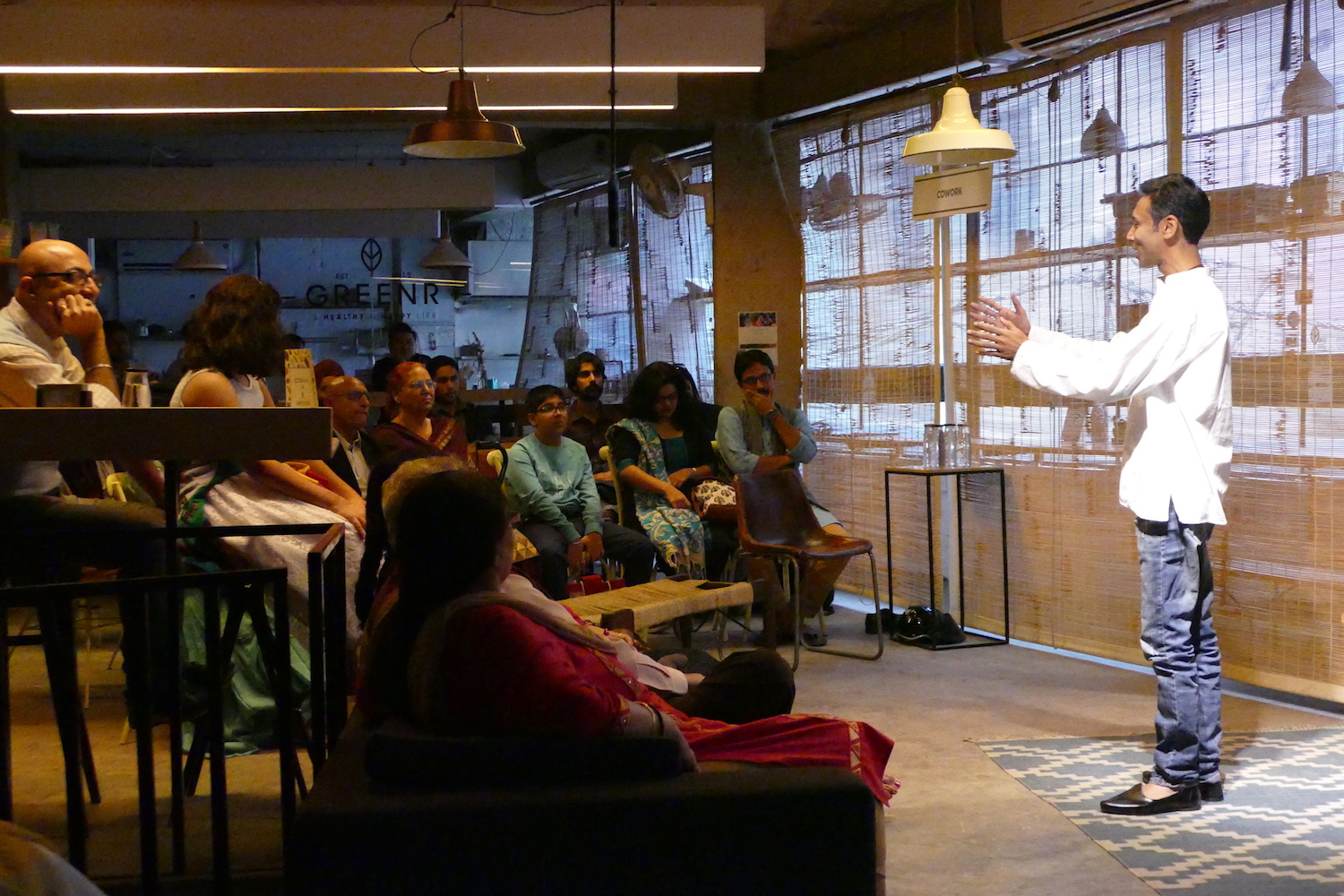 If Harishankar Parsai, the satirist who wrote Ek Gau Bhakt se Bhent (A meeting with a cow devotee) more than five decades ago, were here today, he might have been surprised to find how little our attitude had changed towards the humble cow. The writer would have been surprised to find that gau rakshaks (cow protectors) are continuing to thrive in contemporary India. To elaborate how much significance the political classes attach to the cow, consider that the Ministry of Corporate Affairs in the Narendra Modi government manages 33 Gau Raksha Dals or cow protection bodies across India. Here is how their website justifies its engagement with cow protection: “Cow is the animal in this world which has religious, nutritional and medicinal importance in unison. Such culmination and concurrence of essential characters are not found in any other animal.”

In recent months, we have seen the increasing presence of the cow in our national discourse. For instance, the Indian Express recently reported an incident where the Meerut police gave assistance to a paralysed cow in Uttar Pradesh. The assistance came after the distressed cow owner sent out multiple tweets to the prime minister and UP chief minister Adityanath, among other men occupying positions of authority. In one of the tweets, the cow owner said, “Sir we need help, moni needs help aapko kal raat se 200+ tweet kiye maine email send kite 15 din se Yogi ji nahi sun rahe….kya moni cow hote hue b gaaumaata nahi hai? (Sir, we need help, I have tweeted over 200 times since last night, I emailed as well, since 15 days Yogi ji is not listening… Is Moni, despite being a cow, not our mother?)

Such stories are born and re-told in different parts of India often, and one such story was told by Rajesh Kumar, an actor and storyteller who was performing with other actors, K.C. Shankar and Shashwita Sharma, in Delhi’s Shahpur Jat on November 19. The performance, based around storytelling, was organised by Jashn-E-Qalam, a collective of artists aiming to revive interest and readership in Hindustani literature through this art form. The collective does not claim to be a group of social activists, it is a platform for artists to share and present their skills.

At the venue, Sharma sets the stage by reminding the audience about popular obsession with visual content, so much so that we have forgotten how to listen intently. “This also draws them away from the bhasha – language,” she said. The performers have to make a conscious effort to re-learn the language so that they are able to speak it in a continuous flow, without falling back on words from the English language. The idea is to steer clear of a mixture of Hindi and English languages that have given rise to what has come to be known as “Hinglish”.

This unique form of storytelling – revolving around Parsai’s Ek Gau Bhakt se Bhent and Bharat ko Chahiye, Jadugar aur Sadhu (India needs a magician and a saint) – is interspersed with the artists’ own insights into contemporary events that have played out in recent months. Parsai’s Ek Gau Bhakt se Bhent centres around a dialogue between a sadhu and a young man after a chance meeting at a railway station. The conversation takes the listener through the sadhu’s thought process and his motive behind supporting gau raksha, which he projects as a farce created by political parties to distract the public.

The jadugars or magicians that Parsai writes about in the second short story stand in for today’s political class – politicians. Through his storytelling, Kumar draws the attention of the audience to how politicians make a mockery of the electorate’s desire for change and progress, by resorting to tricks and political gimmicks. The magician or politician performs these tricks whenever he senses the pull of the people to make them act on issues that matter to them.

The politician, Kumar suggests, was a jadugar in the 1960s and ’70s, and he remains a jadugar today too. What has changed are perhaps only the tricks that he carries under his sleeve. In a direct reference to some of the recent controversial decisions, Kumar enacts, “Kargil ka jadoo, GST ka jadoo, kale dhan ka jadoo, Aadhaar ka jadoo (Kargil’s magic, GST’s magic, black money’s magic, Sadhaar’s magic)”  – and a countless barrage of babas, “Nirmal baba, Ram baba, Ramdev baba, Falana baba, Dhimkana baba. Arey baba re baba! (Nirmal baba, Ram baba, Ramdev baba, This baba, That baba. Baba oh baba!)” 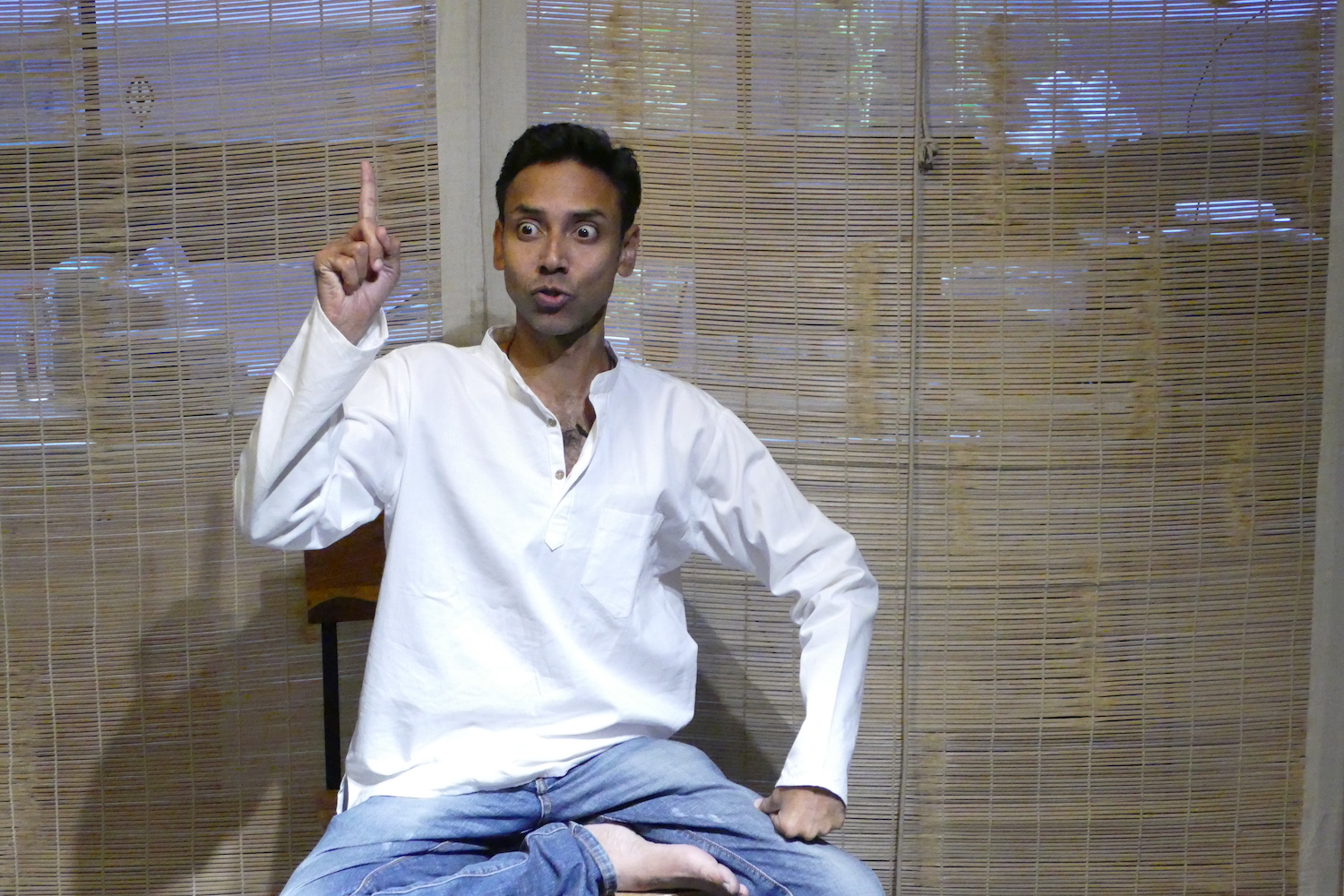 Though written over five decades ago, Parsai’s Bharat ko Chahiye, Ek jadugar aur Sadhu seems to resonate with what has been unfolding in politics today – the overwhelming influence of majoritarianism and the growing vigilantism around cow protection. Kumar brings this to life by narrating how the saffron-clad godmen come to the politician’s rescue when political gimmicks begin to fail. One of their ploys is to sow seeds of disharmony among different religious communities and play upon people’s prejudices. With the help of godmen, magicians have succeeded in lulling people into forgetting issues like hunger and unemployment. 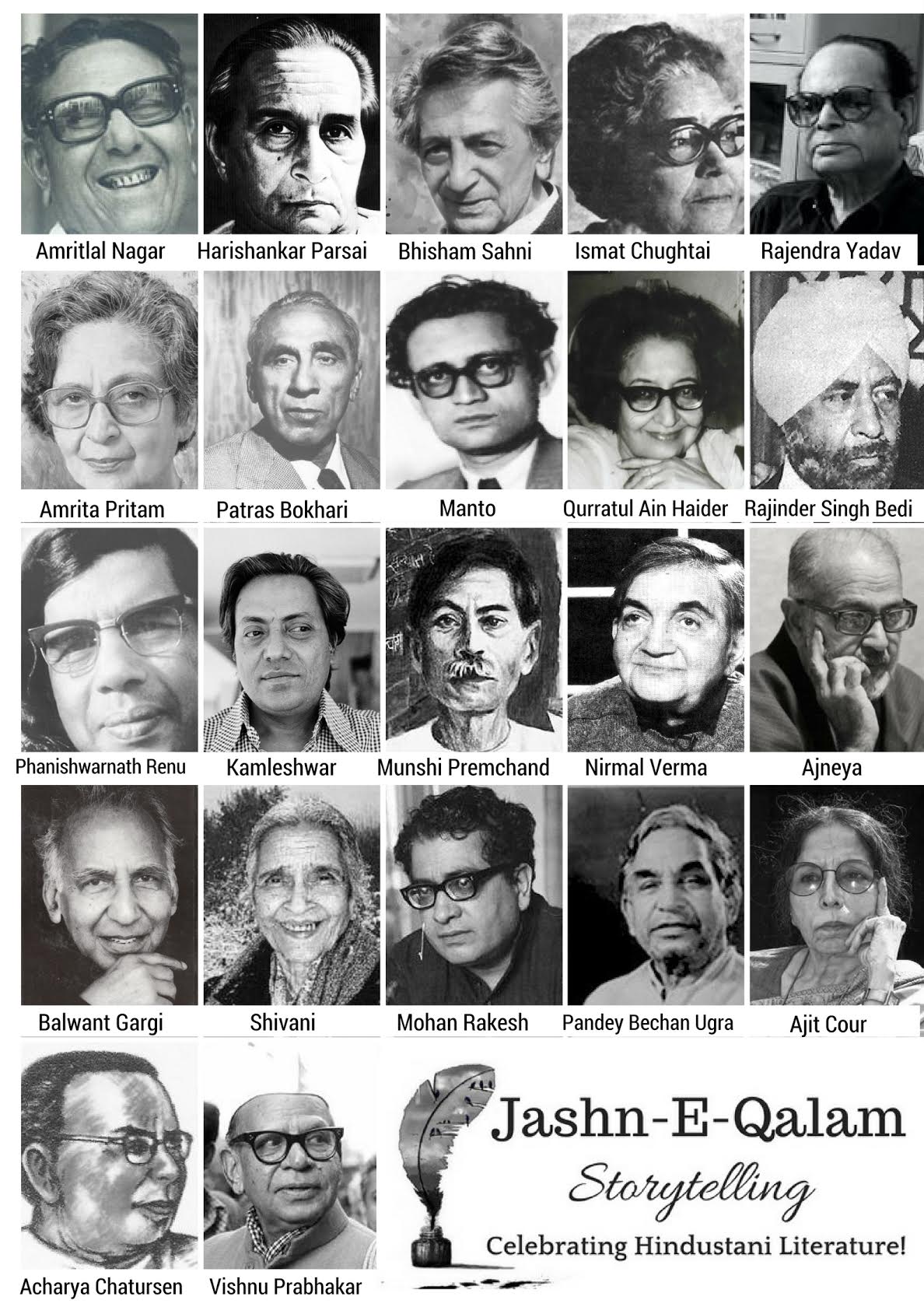 The group has performed stories written by over 20 authors in the last three years. Credit: Jashn-E-Qalam

Speaking to The Wire after the performance, Kumar explains why he chose this form of storytelling. He believes the stories to be relevant in today’s context and that people can relate the storytelling themes to the developments playing out around them. “The story simply has to connect with the actor. Very importantly, it has to be dramatic. One part is what the story tells the listener, the other is how the audience perceives the story to be, what the audience takes away and understands from the performance,” says Shankar. The team has performed stories written by over 20 authors in the last three years.

After every performance by Jashn-e-Qalam, the actors interact with the audience. For instance, at the Shahpur Jat session, the attendees shared their views about the spate of lynchings that have recently taken place in North India. Most of them appeared to be anxious about finding a solution to the complex present-day problems. How do you then deal with the rising mob mentality?

However, it is not just the neo-literates who succumb to the guiles of godmen and politicians. The educated well-heeled, too, fall for such tricks and are often swayed by them. How do we then “educate” these individuals? Rajendra Pratap Singh, who practiced law for four decades, for instance, suggested the strict implementation of the law.

This is why Shankar believes initiatives like Jashn-e-Qalam are required, to engage with the people and have a dialogue about issues that have political and social implications.

“Har 15 August aur 26 January ko sochta hun ki saal bhar main kitna bade. Na sochun to bhi kaam chalega – balki zyada aaram se chalega. Sochna ek rog hai, jo iss se mukt hain aur swasth hain, ve dhanya hain. (On every August 15 and January 26, I think about how much the country has progressed. Even if I don’t think, life will go on – in fact, it will go on more smoothly. The ability to think is a disease, those who are free from it are healthy, and prosperous),” writes Parsai in Bharat ko Chahiye, Jadugar aur Sadhu.

Indeed, how convenient is it for us to watch the show, go back home and forget about it.

Mehr Gill is a graduate of the Shri Ram College of Commerce, University of Delhi and an intern at The Wire.