'Ozark' is a Skillful Blend of Melancholy and Believable Intrigue

Bill Dubuque’s screenplay is generous, serving up a beautiful backstory and depth to every character, and weaving them into the plot seamlessly. 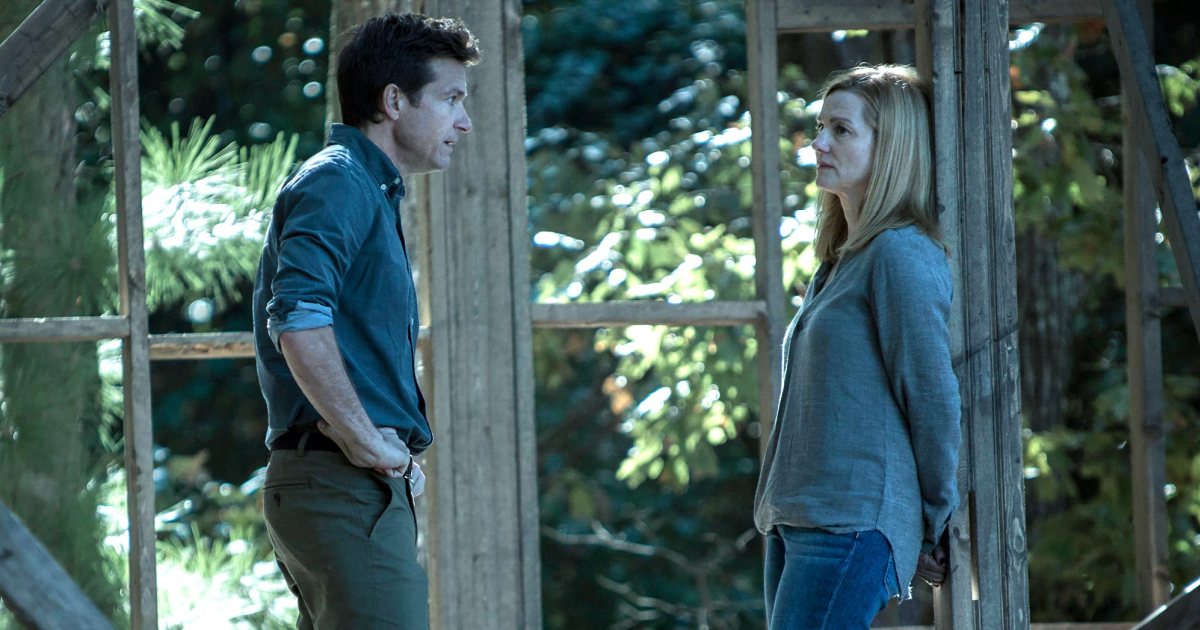 Jason Bateman and Laura Linney, the leads, are the only A-listers in the mix, but they get a run for their money from a truly stellar cast of actors, young and old, in supporting roles.

Ozark has a sinister hum in the air that’s pitch perfect and heavy with portent. The violence never fails to shock. Shotgun straight in the face, the sickening splat of a body hitting pavement from a decidedly fatal number of floors, vats of acid to dissolve evidence in, a teenager drowning in a lake. Intense as these sound on paper, very little is explicit on the screen. The shotgun blast is over in the blink of an eye and you don’t see the aftermath, the sound of the body hits you harder than the brief sight of it, the vats are visible but the acid or evidence are not, and the drowning teen, well, doesn’t. Writer Bill Dubuque chose sweet timing and atmosphere over gratuitousness. He chose well.

Jason Bateman (also producer and director of the first two episodes) has made a living playing sane, ordinary men in ludicrous situations – Horrible Bosses 1 and 2, or The Change Up, for instance. Where any other actor might descend into camp or caricature, Bateman retains that everyman perspective – passive aggression simmering visibly under the surface, making you hope he snaps for all our sakes.

From the very first episode, Bateman has a lot on his plate. The very premise of Ozark is an example in passive aggression – Chicago-based financial advisor Marty Byrde moves to the Missouri Ozarks when his dealings with a drug cartel go awry. He’s distracted at work, watching porn (or so we are led to believe) even as he mumbles responses to clients. He’s distracted at home, phones in response to a forcedly chirpy wife. He pleasures himself in his car in a parking lot and is told off by a passer-by. Just when you think this is going to be hours of self-loathing dullness masquerading as slow burn, Bateman snaps.

It’s hard to walk the tightrope between melancholy and believable intrigue. But thus far, Ozark has been more skilled than Breaking Bad was, blasphemous as it might seem. Where Breaking Bad sees the transformation of Walter White into something else, Marty is still Marty, even when he explodes in a profane outburst or lashes out with vicious meanness at his wife. He’s a financial advisor. That’s his anchor and his only super power.

Bateman and Laura Linney, the leads, are the only A-listers in the mix, but they get a run for their money from a truly stellar cast of actors, young and old, in supporting roles.

Julia Garner is Ruth Langmore, a dangerously intelligent teenager and leader of a family of ne’er-do-wells that includes two uncles and two younger brothers. Diminutive as she is, she manages to fill the room in every scene, whether she’s breaking down in a van or rigging a dock for murder. Sofia Hublitz and Skylar Gaertner, who play the Byrdes’ daughter and son, manage to convey authentic teenage angst and weirdness respectively.

In an obviously enjoyable turn, veteran Harris Yulin plays a cantankerous old man with terminal illness, who lets out his house to the Byrde family, under the condition that he remain in it until he dies. When he’s not violently expectorating his lungs in the basement, or walking nude to the river, he’s forming a charming, sensitive bond with the young Byrde boy, who has taken an interest in guns and in gutting dead animals.

Peter Mullan and Lisa Emery are the sinister Snells who live on top of the hill. Who does Marty worry about? The drug lord Del, who dissolves enemies in acid, or the Snells, who promise Marty they would cut the baby out of the belly of the priest’s wife if he didn’t do what was asked? Tough call, made tougher by the utterly convincing character arc of both parties. These people are defined by their beliefs, not just their brutal actions.

In Ozark, the only sex devoid of guilt, anger or apprehension is between two men. In a beautifully judged performance, Jason Butler Harner plays a gay FBI agent Roy Petty, obsessed with bringing down Marty and with him, the drug dealer Del, for whom Marty launders money. He is also on a downward emotional spiral, the reasons for which are revealed gradually in the backstory.

Rather than a connection, sex is more of an obstacle between Martin and Wendy Byrde. Infidelity complicates an already toxic mix of repressed emotion within a festering marriage, and when the whirlwind of near-death experiences brings them together again, the sex doesn’t turn out to be a celebration. It is a human, quite powerful scene, which Linney pulls off with heartbreaking poignancy.

Writer Bill Dubuque also scripted the Ben Affleck starrer The Accountant. While this title would have fit Bateman like one of his t-shirts, Ozark is about more than one man or his story.

Dubuque’s screenplay is generous, serving up beautiful backstory and depth to every character, and weaving them into the plot seamlessly, even if they’re going to be killed off. The Byrde kids, for instance, are told everything – they’re in danger, this is not a vacation, what their father is doing is illegal. They’re not hangers-on or screenplay furniture. They move the story along in interesting ways. They are intelligent and whimsical at once, like real children.

The lilting southern drawl, the deliciously delivered anecdotes, the minimalist, eerily utilitarian music, even the illustrated title card at the beginning of each episode – a sort of tarot symbolism for the macabre things in the episode, these relieve the viewer from having to hedge their bets on any one performance or story arc.

With an absolute blinder of a twist in the last episode, and that one scene with the new-born infant, a passive aggressive Bateman breaks bad, but as an intuitive director with a wicked sense of story. As Marty, he never breaks character.

Barely a month in, Ozark has been renewed for Season 2, Variety reported. Something to look forward to, if this powerful debut is anything to go by.