Syncretic Music: The Rich History of Muslims in Indian Music

With the rise of obscurantist forces – both from the majority and the minority – India's assimilative cultural traditions are at risk. 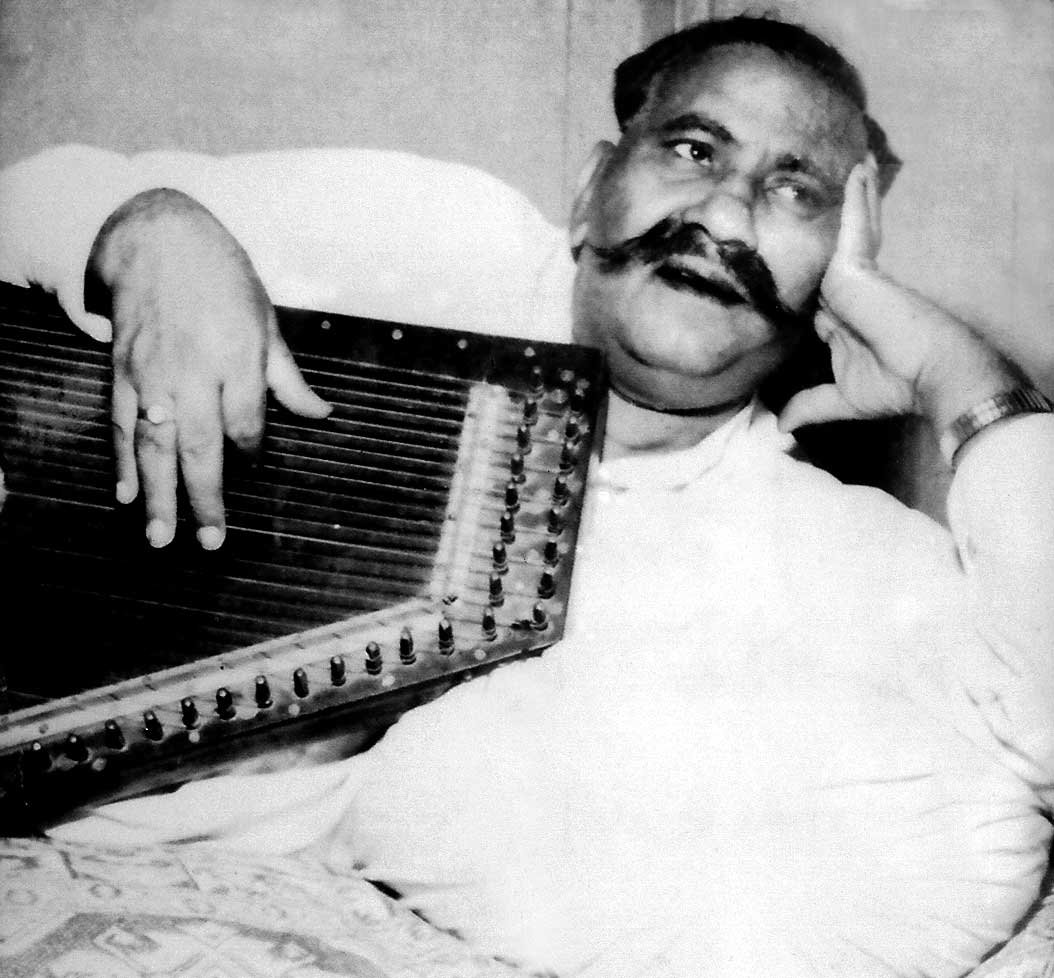 These are strange times. Fundamentalist and obscurantist forces belonging to various religious communities are having a free run in the country. They are deepening old fault lines and creating new ones. Hindu and Muslim religious leaders, as well as organisations, continue in their attempts to regulate the social and cultural lives of the young – especially girls –and often resort to moral policing.

While the media reports these activities, it pays special attention to issues related to the Muslims and shows much greater enthusiasm in blowing them out of proportion. And even ministers selectively comment on these happenings, as was witnessed recently when 46 Muslim clerics, madrasa teachers and community leaders in Assam issued an “appeal” to boycott a musical event to be held on March 25 in Hojai, Assam. They believe magic, music, theatre and the like are against the sharia.

“If anti-sharia acts like musical nights are held on grounds surrounded by masjids, idgahs, madrassas and graveyards, our future generations will attract the wrath of Allah,” the appeal cautions, and asks the Muslims of the area to not only boycott the event, but also to persuade others to do so.

The media erroneously dubbed it as a ‘fatwa’ and inadvertently provided an opportunity for orthodox apologists to harp on the technical difference between a “fatwa” and an “appeal”. The media is often oblivious to the fact that a fatwa is issued only when a specific question is put to a mufti and he, after due deliberation, replies to it based on his knowledge and understanding of Islamic law. Any mullah or maulavi cannot issue a fatwa.

Nahid Afrin – a 16-year-old Muslim girl who rose to popularity after winning a talent contest – was supposed to perform at this event. It was assumed that the “fatwa” was directed against her because she was one of the participants. A week ago, Suhana Syed, a 22-year-old Muslim woman in Karnataka, was severely trolled on social media for singing a Hindu devotional song (bhajan) in praise of Lord Balaji on a Kannada TV channel. Her detractors held that singing a bhajan was anti-Islamic.

Those who are busy nitpicking over the difference between an “appeal” and a “fatwa” must not forget that fatwas have been issued on such issues in the past. Four years ago, a fatwa was issued against music by no less a person than Mufti Bashiruddin – the grand mufti of Kashmir – against three Kashmiri girls who had performed in a rock band in December 2012. Justifying his fatwa, he said music was banned in Islam and girls should imbibe “better values”. Evidently, pressure is being exerted through “appeals” and “fatwas” against girls performing in public and a campaign is being conducted that music per se is un-Islamic.

Is music really un-Islamic? In August 1915, Gauhar Jan, one of the top courtesan-singers of her time, recorded a Hori that talks of Prophet Muhammad celebrating the Hindu festival of Holi in Medina! The composition was: “Mere Hazrat Ne Madine Mein Manaayee Holi”.

Was Gauhar Jan – a devout Muslim – committing blasphemy? She and her contemporaries did not think so because they were carrying forward India’s syncretic traditions and the obscurantist values were completely foreign to them. Who can forget Bade Ghulam Ali Khan’s rendering of the bhajan “Hari Om Tatsat Mahamantra Hai, Japa Kar Japa Kar”?

The unforgettable bhajan “Man Tarpat Haridarshan Ko Aaj” in Hindi film Baiju Bawra (1952) is a shining example of the secular nature of our music. It was written by Shakeel Badayuni, composed by Naushad and sung by Muhammad Rafi – all Muslims. The Oscar-winning Indian music director A.R. Rahman is also a Muslim.

That narrow religious considerations have never worked, and that there has been no Hindu-Muslim divide in Indian music is best illustrated by this qaul sung by the famous Hindu qawwals, Shankar-Shambhu.

The enormous contribution of Muslims to Indian, particularly Hindustani or north Indian, music is so well known that it does not require any reiteration. Music has always been closely associated with Sufi khanqahs. It is said that raga Poorvi was such a favourite of the Sufi saint Nizamuddin Aulia, that it was performed almost everyday at his place. The best-known exponents of the Dhrupad style are the Dagars today, and they are Muslim. All the gharanas of Khayal music owe their origins to Muslim musician families. Faiyaz Khan, Abdul Karim Khan, Alladiya Khan, Allauddin Khan, Hafiz Ali Khan, Vilayat Khan, Bismillah Khan, Amjad Ali Khan – the list of top Muslim musicians in the 20th century is endless.

Muslims and music in history

In the past, nearly all the Muslim rulers patronised and promoted music. Jaunpur’s ruler Sultan Husain Shah Sharqi is credited with creating the morning raga Jaunpuri. Immortal ragas like Darbari, Miyan Ki Todi and Miyan Ki Malhar were created by Tansen who was one of the nine jewels at the court of the Mughal emperor Akbar. Aurangzeb, the sixth Mughal emperor, is regarded as a very pious and orthodox Muslim, and it is popularly assumed that he had banished music from his empire because music was prohibited in Islam. However, scholars such as Katherine Butler Schofield have conclusively shown that this was not the case at all.

In her well-researched paper titled ‘Did Aurangzeb Ban Music?’ published in Modern Asian Studies in 2007, Schofield establishes that Aurangzeb was himself a skilled musician who understood and appreciated the intricacies and nuances of music and had banned the playing of musical instruments in his court only in the last decades of his life as he wanted to abstain from pleasure as an act of piety. Schofield quotes from contemporary records that Aurangzeb himself maintained that music was “permissible” in Islam. Therefore, he did not place restrictions on singing or playing music in the public domain. A large number of dhrupads composed in his honour can still be found. Moreover, in poems that either he or his court poets wrote on the occasion of his coronation, one finds an invocation to Hindu gods and goddesses in them –making it clear that even Aurangzeb’s court had not given up the syncretic and assimilative trends that had set in firmly by his time.

Although khayal’s roots are traced back to Amir Khusrau and the songs sung at the Sufi khanqahs, it really blossomed in the court of Mughal emperor Muhammad Shah ‘Rangile’, whose court musician Naimat Khan ‘Sadarang’ was primarily instrumental in its rise. Sadarang composed numerous khayals which began the process of decline for the dhrupad. Khayal became the predominant style of singing highbrow Hindustani music.

In her book Poetry of Kings, Allison Busch has brought out the great contribution made by the Mughal court in promoting literature in brajbhasha. In this context, mention must be made of Abdurrahim Khan-e-Khana, whose Braj poetry is replete with allusions to episodes of Hindu mythology and praise for Krishna. Raskhan is another prominent poet who wrote in praise of Brajbhumi as well as Krishna and Radha. Later, Nazir Akbarabadi prolifically composed poems on the celebration of Hindu festivals.

Closer to our times, Maulana Hasrat Mohani was an ardent admirer of Mathura and Krishna. Even Iqbal wrote his ode to Rama.

Yet, regressive forces active in all religious communities are making a vigorous attempt to thwart the ongoing process of cultural assimilation and formation of a composite Indian culture. A revivalist trend is emerging both in the majority Hindu community as well as minority communities such as the Muslims. Historical revisionism – be it of the majority or the minority community – will weaken the social fabric of modern India and foment communal tensions.