From Motihari to Costa Rica, the Journey of a Latin American Film Hero

Prabhakar Sharan takes Latin America's interest in Bollywood to the next level. 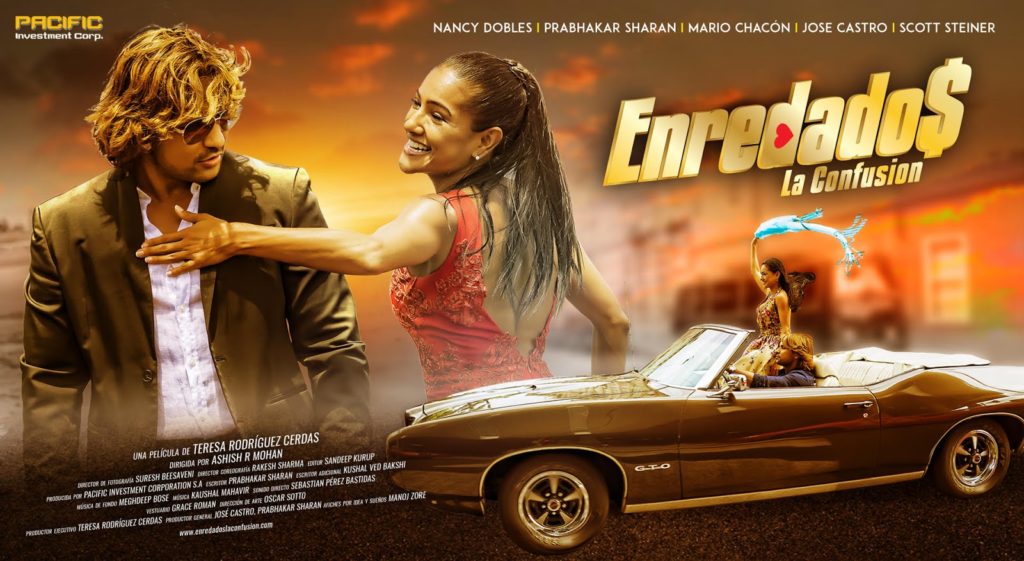 Endreados, a Costa Rican movie starring Prabhakar Sharan from India, is set to be released in February 2017.

A young man from Motihari in Bihar has become the lively – if unlikely – hero in the Costa Rican film Enredados: La Confusion (‘Entangled: The Confusion’).

Prabhakar Sharan, who has been living in Costa Rica since 1997, is the first Indian to act as hero in a Latin American movie. This is also the first Latin American film made with the typical Bollywood recipe of songs and dance, though of course it is entirely in Spanish and Sharan plays a Costa Rican character, not an Indian. The heroine in the film is Nancy Dobles, a popular Costa Rican TV hostess. Famous local actors Mario Chacon and José Castro also appear in the film. The film cast includes a world wrestling champion and Hollywood actor, Scott Steiner. A number of Panamanians, Colombians and Argentines have also collaborated in this film project. The director of the movie is Ashish Mohan, who directed blockbuster films such as Khiladi 786. The dance, music and action have been choreographed by Bollywood experts.  Teresa Rodrigues of Costa Rica has produced the film, which has been shot entirely within the Central American country.

Endreados is being released on February 9 in Costa Rica with the president of the country as chief guest. It will also be shown in the rest of Latin America. The film is being dubbed in Hindi and English for audiences in India and the United States. The Costa Rican and Latin American media have given a lot of coverage to this pioneering film, raising expectations.

The film is a romantic, action-filled comedy typical of Bollywood. Leo, the hero carries out a big robbery. But his life changes when he meets Ana who becomes the love of his life. But it turns out later that he has to choose between money and love. He chooses love and decides to return the money. But confusion starts with an accident which is followed by a series of risky and funny situations that leave the viewer with suspense and confusion about the whereabouts of the money. 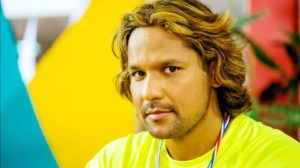 The life story of Prabhakar is also like a Bollywood film script. Born in Bihar, Prabhakar studied in Haryana and tried his luck in Bollywood but did not succeed. He then thought of going to the US  but somehow ended up in Costa Rica. He fell in love with a local girl and married her. He ventured into the textiles business and later shifted to trading, film distribution and running Monster Truck Jam shows. His ventures failed and he lost money. He came back to India in 2010 and lived in Chandigarh for two years. During this time, his marriage ended and his wife went back to Costa Rica with their daughter. Prabhakar fell into depression after his failures in business and marriage but he did not give up. He went back to Costa Rica and fell in love with another woman.

Endreados is the dream project of a migrant who has struggled and worked hard. His biggest challenge was to convince Bollywood to take tiny Costa Rica – with a population of just five million and an insignificant film industry – seriously.

Many Indians do not know that chiquitica (‘little’) Costa Rica has got a big place in the history of Latin America and the world. It abolished its armed forces in December 1948 and has been peacefully and democratically governed for the past 70 years while many countries of Latin America suffered military dictatorships. This is even more remarkable in view of the fact that Costa Rica is right in the middle of Central America, a region which has gone through devastating civil wars right upto the 1908s. The Costa Ricans are not just content with passive peace within the frontiers of their country. Oscar Arias, the two-term president of Costa Rica, successfully mediated the end of Central America’s wars with the signature of a peace agreement, the Esquipulas II Accords, in 1987. In his Nobel Prize acceptance speech, he said: “We are a people without arms and we are fighting to continue to be a people without hunger. Our children walk with books under their arms rather than guns on their shoulders. We are a symbol of peace for America.” This was not mere rhetoric but preaching based on practice. Costa Rica has established a University for Peace (UPEACE) in 1980 which has attracted students from around the world.

In 1869, the country became one of the first in the world to make education both free and compulsory, funded by the state’s share of the country’s great coffee wealth. Costa Rica’s literacy rate is one of the highest in Latin America. With this, the country has positioned itself as the silicon valley of Latin America, attracting investment from American and even six IT Indian companies. Infosys, the biggest, employs about 300 Costa Ricans.

Costa Rica is one of the first nations in the world to combine its ministries of energy and environment way back in the 1970s and today generates an impressive 99% of its energy from renewable sources. In 1997, it introduced a carbon tax on emissions and used the funds to pay indigenous communities for their protection of forests. The country is a global pioneer in ecotourism. The Muthoot group from Kerala has invested in the Xandari resort hotel in Costa Rica. In this resort, guests are invited to plant native trees in the hotel’s botanical garden.

The Costa Ricans, known as Ticos, have a distinct spirit too. They do not say “bien” (‘well’) when asked, Como esta (‘how are you?’). They say ‘Pura vida’ which literally means pure life. But what the Ticos mean is ¨full of life¨ and “great”. No wonder, Costa Ricans come on top of the Happy Planet Index with the the highest life satisfaction in the world. The title song of Endreados is about this Pura Vida philosophy of the country.

In recent years, Bollywood has reached out to Latin America for location shooting, and the inclusion of Latinas in Indian films and coproductions. Pablo Cesar, the famous Argentine director, is currently making a film on Tagore’s romantic encounter with Victoria Ocampo, his muse from Buenos Aires. Mathew Kodath from Kerala, settled in Honduras, has produced two films in Spanish. Bollywood music and dance are the latest craze in dance clubs and gyms across Latin America. The staff of the Indian IT company Cognizant in Buenos Aires have formed a ‘Chak De India Ballet Group’ which performs Bollywood dance shows.

Prabhakar’s film will be shown in the Costa Rican multiplexes of Cinepolis, the Mexican company which is one of the leading owners of film screens globally. It is the fourth largest in India, with 280 screens, and is targeting 400 with an investment of $150 million.

The Bollywood crew which stayed in Costa Rica for the shooting did not miss Indian food thanks to three authentic and popular Indian restaurants: Tajmahal, Naan and Curry, owned by Kapil Gulati from Gurgaon who is settled there, bitten by the Pura Vida bug. The favourite dishes of Ticos, according to Gulati are: garlic naan, rogan josh, samosa and gulab jamun.  Costa Rica has a small Indian community of about two hundred.

For Prabhakar, this venture is only the beginning of his Latino movie ‘entanglement’. He plans to produce more films and include in his next one Barbara Mori, the Mexican actress who was the heroine to Hritik Roshan in the Bollywood film Kites. His next film might have a story connecting Indian and Latin American characters with shooting in India as well as in Latin America. Prabhakar’s film initiative, which has taken the Bollywood formula to Latin America, will also contribute to enrichment of Indian cinema with the ‘Pura Vida‘ spirit of Costa Rica and the ‘Celebra la Vida‘ (‘celebrate life’) spirit of Latin America.