This gesture is the outcome of a 2017 judgment by the ICC on Ahmad Al Faqi Al Mahdi. 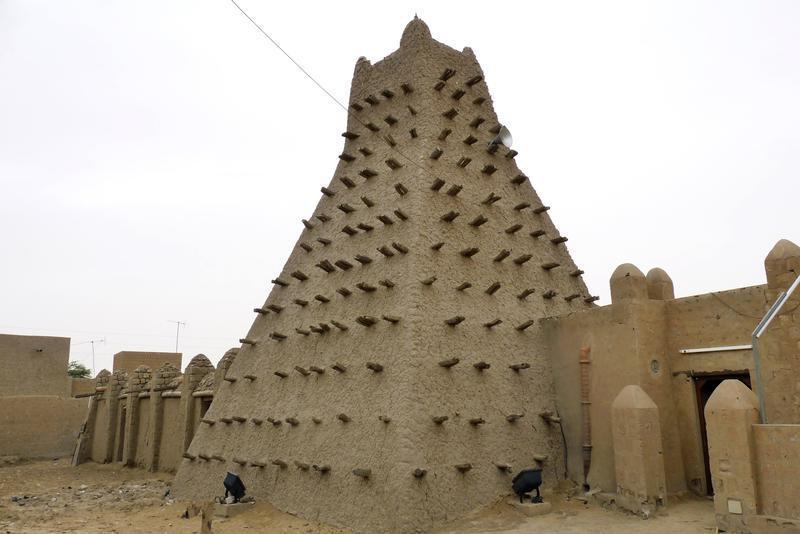 A traditional mud structure stands in the Malian city of Timbuktu May 15, 2012. Photo: Reuters/Adama Diarra

New Delhi: The government of Mali and UNESCO will receive a “symbolic euro” from the International Criminal Court on Tuesday, as reparations for the damage inflicted on the country and the international community for the destruction of cultural properties in Timbuktu in 2012.

This gesture is the outcome of a 2017 judgment by the ICC on Ahmad Al Faqi Al Mahdi, who had claimed responsibility for the destruction of several cultural properties. Timbuktu has been designated as a World Heritage Site since 1988.

According to a UNESCO press release, “Several mausoleums as well as the sacred gate of the Sidi Yahia Mosque were completely destroyed at the time and some 4,200 ancient manuscripts were burned or stolen [in 2012].”

Al Mahdi has admitted to his role in the destruction. In late 2017, he told UNESCO,

“At the time, I was head of Hesba, one of the four command structures of the Ansar Dine group, which was linked to al Qaeda in the Islamic Maghreb (AQIM) and had occupied northern Mali in 2012. It had set up its headquarters in Timbuktu in April that year, having routed fighters of the National Movement for the Liberation of Azawad (known by its French acronym, MNLA).

It fell to Hesba – whose mission was to “promote virtue and prevent vice” – to combat all acts that, in its eyes, contravened the precepts of Islam. Hesba considered the mausoleums of Timbuktu to be the incarnation of such acts for two reasons – first, because the way that the faithful prayed was judged to be impious; and second, because of the buildings that had been constructed over the tombs. Once the leadership took the decision to destroy the mausoleums, I received the order to carry out the task, using troops placed under my command. I applied myself to the task rigorously, as with everything I do.”

The reconstruction of the buildings was completed in 2015.

According to the UNESCO press release, “Individual and collective reparations began last January. Considering the inestimable universal value of the destroyed buildings, the ICC ordered the symbolic payment of one euro to the Malian State and UNESCO respectively.”