Here's Why the Government Should Declare Khichdi as India's National Dish

It is the epitome of homogeneity, perfect for any government that wants a one-size-fits-all solution for everything. One Nation. One Song. One Election. One Interlinked-River. Now One Gruel to bind them all. 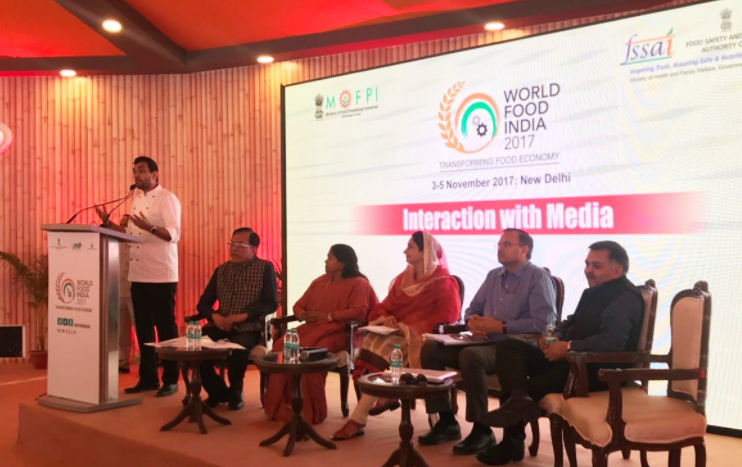 Harsimrat Kaur Badal, Union minister of food processing industries has tweeted: “Enough khichdi cooked up on a fictitious ‘National Dish’.  It has only been put for a record entry in #WorldFoodIndia.”

Sanjeev Kapoor will try to create a world record by cooking 800 kgs of khichdi on November 4 as part of the World Food India fair. It’s like World Yoga Day for khichdi.

But the government should take note. Khichdi has shown immense potential as a prospective national food well beyond any World Food Day hoopla. Let us count the ways.

It is fully sanskari soul food. It has not been contaminated by overtly Mughal influences like the biryani. The word itself is derived from the Sanskrit khiccha and it’s a key part of an Ayurvedic diet. It is given as bhog to the gods. It’s mentioned in the Charak Samhita and has real historic standing in India unlike, say, the invention of head transplant surgery.

It is a one-pot unity in its diversity. It can come geela or runny, or bhuna – dry. Fasting Hindus can partake of sabudana khichdi and avoid grains. Anglo-Indians can add smoked fish to it and make it a kedgeree. Even Hyderabadi Muslims have their khichdi keema so there’s no way to call this an underhand attempt to sideline Muslims and the biryani brigade. The South cannot call this yet another imposition of the Hindi belt since their bisi bele bath and pongal come close enough. Mamata Banerjee probably likes her khichuri.

It is so resolutely bland, it evokes no passionate regional feelings like Alphonso mangoes vs Kesar vs Langra. We have all heard of the mango wars and the biryani wars. But whoever heard of khichdi wars? It is the safest of choices, almost boring in its wholesome virtuousness. It has an aam aadmi street credibility – very populist and anti-elite. In fact, when is the last time the Lutyens galouti liberals served khichdi at their salons?

It has a Gujarat connection. These days it’s very important to have a Gujarat connection to everything. It helps with the general asmita. Suratis like their khichdi with kadhi. It’s popular in Kutch as well. It is, as the parody account Venkronym Naidu has tweeted, MODI – Most Outstanding Delicacy of India.

It can be a great opportunity for Baba Ramdev who can flood the market with Patanjali khichdi mixes. Indigo can serve eight-minute heat-and-eat khichdi on the airplane. Foreign dignitaries can have it even if they are suffering from Delhi belly. It’s Indian but not too spicy and it’s definitely an untapped Indian food market. Chicken tikka masala is so 1990s. 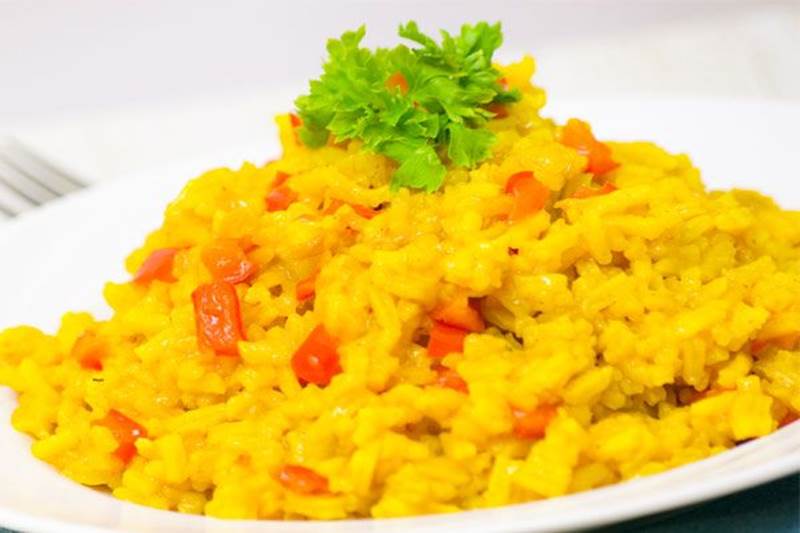 It is suitable for mass consumption and mass cooking. It can be cooked in vats, served by the ladle, an assembly line of golden glop. Imagine making corned beef for thousands. Or fruit bat soup which apparently is the national dish of Seychelles.

It is the epitome of homogeneity. It is perfect for any government that wants a one-size fits all solution for everything. One Nation. One Song. One Election. One Interlinked-River. Now One Gruel to bind them all. Khichdi is our one-pot solution for nutrition and this is patriotic duty that can be administered by the ladle. Khichdi boils all our pesky diversity down to easy-to-swallow goop and its recipe is much easier and much more forgiving than the lyrics to Vande Mataram.

It is comfort food redolent with nostalgia. We can all remember monsoon days with pouring rain outside and a pot of khichdi bubbling inside. Usually that was because on rainy days little else was available. Necessity was the mother of invention. But now we can feel even better about it because we are eating our national food. Best of all, it accommodates all, from Sanjeev Kapoor to the bachelor with few cooking skills. You often have mediocre biryani but rarely mediocre khichdi. It takes special talent to make a khichdi out of khichdi.

It goes well with ghee. Thus promotion of  khichdi is promotion of the gau mata as well and the gau raksha dals can have khichdi cook-offs instead of lynching people.

It is forgiving. Every time a BJP spokesperson makes a khichdi of Vande Mataram on national television he can claim he is only paying obeisance to our national food. We now have carte blanche or carte golden to make a hash of everything and still feel patriotic about it.

Yes, there are naysayers. Some are saying this is the government’s way of admitting that something is very sick about the economy these days as it prescribes a national dose of illness food. India Explained tweets: “Makes sense the BJP should pick khichdi as a national dish: aptly symbolises how they make a total mishmash of everything.”

Only an anti-national could confess to hating khichdi, the comfort food for infants and invalids. That’s like hating your mother. This is not really the queen of super foods as the government claims. That’s too regal. It is more like the wet nurse of super food, a Leela Mishra of food and who would be so callous as to hate beloved Mausi.

I think the government should declare khichdi the national food forthwith. I don’t think we need to stand up every time anyone eats khichdi as Omar Abdullah has suggested. But there’s no need for videshi French fries and caramel popcorn at the movie halls anymore. All movie theatres should start selling khichdi at the snack counter. An overpriced katori of microwaved khichdi followed by the national anthem – could deshbhakti get more stirring than that?

Sandip Roy is a freelance journalist based in Kolkata.