Kamran Yusuf was held in Kashmir on September 4 for allegedly instigating stone pelting, but has not been formally charged. 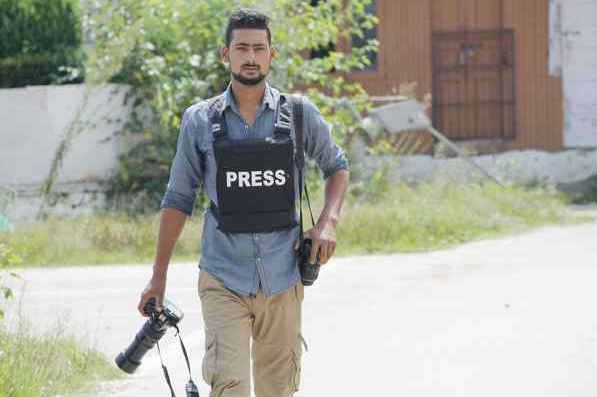 New Delhi: Expressing serious concern over the continued detention of freelance photojournalist Kamran Yusuf by the National Investigation Agency (NIA), the International Federation of Journalists (IFJ) has termed the move by the central agency “an attempt to intimidate the journalist community.” Yusuf was held in Kashmir on September 4 for allegedly instigating stone pelting, but has not been formally charged.

Stating that “photojournalists are required as part of their professional duty to be present at the places of protests and sit-ins and take photographs of these incidents, and such presence cannot be termed as participation in the incidents,” the IFJ said, “the arrest and detainment of freelance photojournalist Kamran Yusuf by the National Investigation Agency in Kashmir, India without formal charges is an attempt to intimidate the journalist community.”

Seeking Yusuf’s immediate release, the journalists’ body further urged the Centre to “ensure that the power granted to agencies, such as the NIA, is not misused against journalists.”

Yusuf, a 23-year-old native of Pulwama in South Kashmir, contributes photographs to several local newspapers, including Greater Kashmir. After being arrested by the NIA, he was transferred to New Delhi for interrogation the following day and was subsequently sent to custody for ten days. However, IFJ insisted that he is “yet to be formally charged”.

The action against Yusuf has also evoked a strong response from the journalistic fraternity in the state at large. The Kashmir Editors Guild had also expressed serious concern over the “continuous detention” of Yusuf and demanded his immediately release. The Kashmir Young Journalists Association staged a sit-in at press enclave in Srinagar on September 11 demanding that the NIA, which was established in 2008 to combat terror, make public the charges against him. The Committee to Protect Journalists, an international group advocating for press freedom, also said on September 11 that “Indian authorities should immediately release Kamran Yousuf”.