For as Long as We Can Watch Films, We Will Remember Irrfan Khan

In the firmament of Bollywood, only few stars are allowed to shine. But Irrfan was that rare actor who fought that predestined story.

“Something strange happened to me today. I forgot something in the bathroom, and when I went back to get it, the bathroom smelled exactly like it smelled after my grandfather took a bath. That’s when I realised it wasn’t him; it was me. My smell, the smell of an old man. I did not realise when I had grown old, maybe today morning, maybe many mornings earlier.”

Irrfan Khan’s character, Saajan Fernandes, writes the above letter to Ila (Nimrat Kaur) in the final minutes of The Lunchbox (2013).

Was that the first time we realised Irrfan was “old”? Was he ever old? He was 47 then, in the bloom of his career — as good as he had ever been and beginning to get even better.

The Lunchbox won the Grand Rail d’Or at the Cannes International Film Festival; it got favourable reviews in India and abroad, with special praise for Irrfan’s performance. It’d eventually get a wide theatrical release in the US.

The year before that he had a major role in Life of Pi (2012), a drama nominated for eleven Academy Awards. In the same year, he appeared in Paan Singh Tomar and The Amazing Spider-Man. The world was just beginning to take notice. At home, he was juggling arthouse and commercial cinema with equal poise.

He was 53 today morning, when he died battling a colon infection. Only a month ago — before the theatres shut due to the coronavirus threat — we saw him in Angrezi Medium, where he was characteristically brilliant: drawing us in with gentle humour and muted pathos. A film he had done while recuperating. 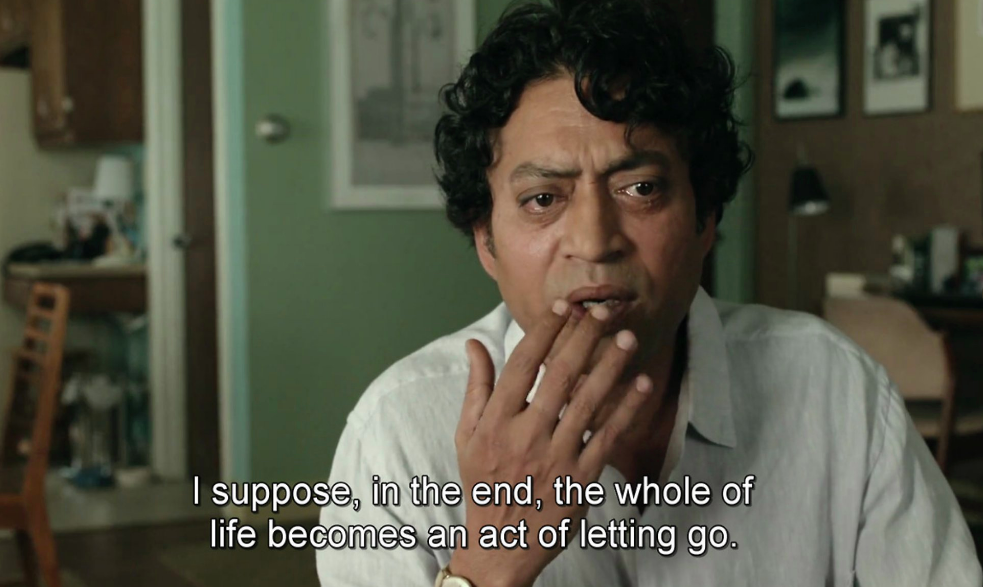 A film still from ‘Life of Pi’ that has been widely shared on social media. Photo: Twitter/@FilmLinc

If he can pull such a stunner amid a life-threatening disease, many would have thought, then maybe the threat was over? Less than two months later, we know that it was Irrfan, not the colon infection.

But apart from his acting brilliance, his towering versatility, his unending curiosity, I’ll like to foremost remember Irrfan for one thing: that he was a star. Like many outsiders, he began small, appearing in small roles in TV serials and offbeat films, laying one brick after the other. We’re used to such trajectories of ‘supporting actors’.

If they’re lucky, they get more meaty roles in renowned films (which Irrfan did), and then—then nothing, that’s it. In the firmament of Bollywood, only few stars are allowed to shine. But Irrfan was that rare actor who fought that predestined story.

After a spate of impressive performances on TV in the late ’80 and ’90s, he began getting roles in movies at the turn of the millennium.

First came the British drama The Warrior (2001), and then two films that defined his career in Hindi cinema: Tigamanshu Dhulia’s Haasil (2003) and Vishal Bhardwaj’s Maqbool (2004). Irrfan then got a break from dark, broody characters, when he acted in The Namesake (2006), another superlative performance that hinted at his range. 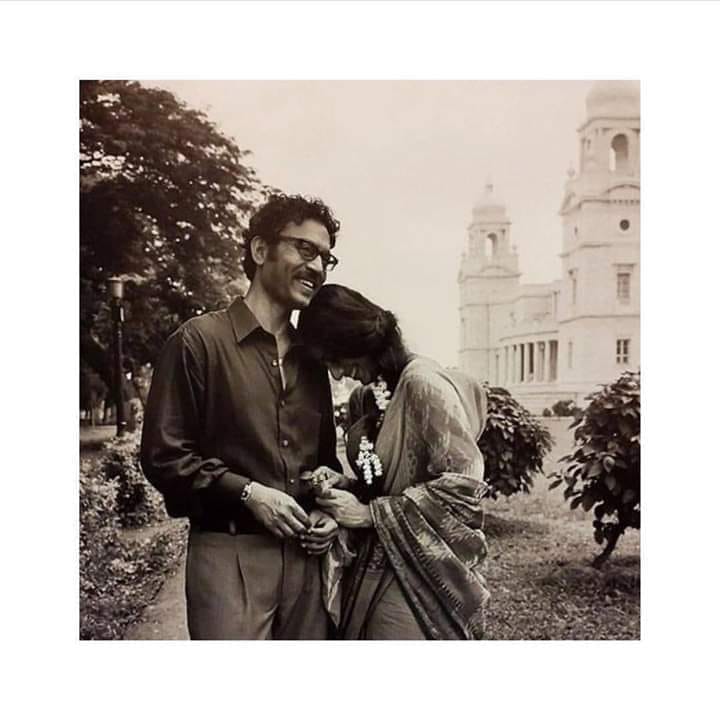 Then came another bit of surprise, him in Life in a… Metro (2007): who knew that he could have so much fun? In the coming years, we’d keep getting surprised — our wonders continuing to find a familiar expression, “Ah, he can also do this?” — till the point we’d give up, and just accept that if there was a role to be performed, Irrfan’d act the hell out of it.

With a small role in Slumdog Millionaire (2008), he began being a more permanent fixture in the Western fictional dramas: a TV series, In Treatment (2010); a superhero movie, The Amazing Spider-Man (2012); and, of course, the biggest of them all, Life of Pi (2012). From a struggling nobody to Indian TV to Hindi cinema to Hollywood. Few people are bestowed with such glorious journeys — and fewer deserve it — and even fewer have the strength to fly further.

Irrfan wasn’t done. Nor he was tired.

I, like many Indian cinephiles, had loved Irrfan for a really long time. That fondness was intense, but I thought, in a country ruled by Aamir, Salman, and Shahrukh Khan, I was in a minority.

That misconception was shattered on October 2, 2014, when I went to watch Haider in a Noida multiplex. It was a national holiday, and the theatre was packed. Not just with ‘serious’ film lovers, but people of all stripes, who wanted to enjoy a day off. Starring a popular Bollywood actor, Shahid Kapoor, Haider didn’t have Irrfan till the first half.

And then, around the half-way mark, the film cut to a few shots of snow-capped Kashmir. Which then transitioned to an out-of-focus figure limping in the snow. The background music began to kick in, as that man finally emerged in full light: wearing a cap and glares, swinging his shawl on the left shoulder.

It was a thrilling moment — very dramatic, very hero-like — but what happened next was even more surprising.

The audience erupted into a loud applause; some of them whistled. It’s the kind of reception that’s usually reserved for the three Khans. I was still skeptical though: I thought perhaps it was just this multiplex. But then I began hearing from friends who had seen the film in different parts of the country. Same reaction: same applause. 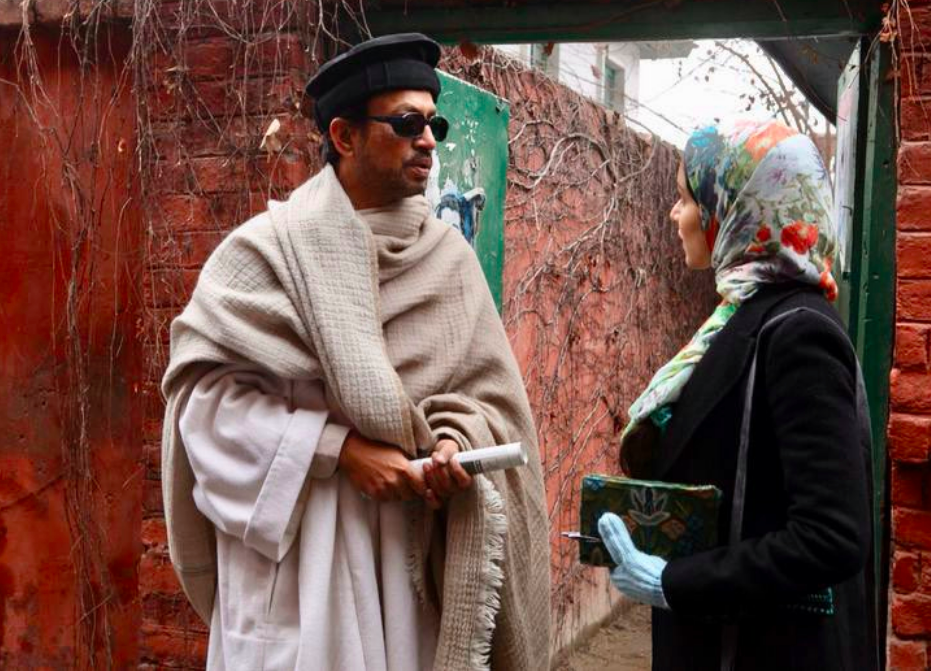 A still from Haider. Photo: Twitter/@ShraddhaKapoor

Irrfan had always been a phenomenal actor — of that there was no doubt. But now, he had scaled the final peak of a Hindi film actor: he became a hero.

And true to his indefatigable spirit, he was still not done.

He played romantic parts in a few of them; some roles had a heavy tilt of comedy; some had acclaimed international producers. Irrfan no longer needed to lift an ensemble; he was the movie now.

With every year, he seemed to find newer challenges, newer audiences. Hindi Medium, for instance, was a blockbuster in China, earning Rs 223 crore. And like a true star, he got a sequel. Irrfan had been acting for the last two-and-a-half decades, but in the truest sense of the word, he had just begun.

Sometimes life feels absurd and cruel by design: that it intentionally doesn’t make sense, that it is wilfully cruel. True death, however, is the loss of memory, of absolute forgetfulness, which will never happen in Irrfan’s case.

Till the time we can see movies, we will re-watch and remember him, and feel joyous and grateful. You’re not going away any time soon, Irrfan. We’ll turn to cinema and extract revenge from life. That’s the most you gave us, and that’s the least we can do, for us, and for you.