India’s Weinsteins Have Nothing to Worry About

The power structures ensure that sexual harassers, especially in influential positions, will never be outed.

By finding, in a preliminary enquiry, that Prof Lawrence Liang, lawyer and academic, was guilty of sexual harassment, the Ambedkar University Delhi has taken a strong message that as an institution it will not tolerate any such infractions. Due process was followed – Liang was asked to give his side of the story. Liang, exercising his rights, has disputed the findings of the committee and a process of appeal is underway.

This is also the first instance of an academic named in the notorious ‘list’ that was circulated on social media in October last year being actually found guilty of harassing colleagues and students. At the time, there were differing opinions about publicly naming and shaming people without any evidence or without even providing instances of such harassment. Its votaries had claimed that women – the unnamed ‘victims’ – often had no other recourse to take on powerful men, while the opponents of this method had argued that anyone’s reputation and even career could be destroyed by simply putting his name out in the public domain.

The pro-listers can now claim, with some justification, that Liang’s case proves that the names outed were correct, and due process had confirmed it; the counter to that would be, if institutions are prepared to do a thorough enquiry, why not use that route instead of putting many names out publicly? There could be the chance, even if a slim one, that some of those people were innocent after all. It is a debate that can go on, but this is a watershed moment and other institutions will have to now be more sensitive about taking any such allegations seriously. At the same time, while acknowledging this milestone, India is nowhere near what other countries are doing to stamp out this menace. In a few short months, sexual harassment, especially by influential people has become a major conversation worldwide and many powerful men, especially in the US, have been felled. This couldn’t have happened without the women they assaulted standing up and pointing fingers, often at great personal risk to themselves and their careers. The action by Ambedkar University against Lawrence Liang is an important step in calling sexual harassers into account. Credit: Wikimedia Commons

Harvey Weinstein’s case first came into the limelight not because of one person’s accusation – given his power in Hollywood any victim of his predatory behaviour wouldn’t have stood a chance – but because the New York Times did a comprehensive story detailing instances, and naming names. Well-known actors such as Ashley Judd and Rosie McGowan spoke candidly to the paper about what they had gone through with Weinstein. Within days, Weinstein apologised, took leave from his company, his lawyer resigned and big names in the business came forward to condemn him.

But it didn’t stop there. More revelations, about Weinstein and about others began tumbling out. Kevin Spacey’s was one of them when actor Anthony Rapp how remembered how the star had come on to him years ago when Rapp was a teenager. Salma Hayek wrote a detailed and candid account of her own experiences with Weinstein – it must have taken a lot of courage to be so open about it.

The fall-out was instant and brutal and not just to the reputations of these men. Spacey was dropped from his successful show House of Cards and from a movie. Weinstein has lost his company, which has now been bought by a group of women. Several other names have been floating around since then and the revelations prompted the #MeToo campaign where women spoke about their own lives and those who had harassed them. The reverberations were heard around the world.

Except in India, where there have been zero echoes of what happened with Weinstein. Yes, there was a version of MeToo here too, mainly on the social media, but no actor, male or female, has come forward to talk about sexual harassment in the film industry. Are we to think that it does not happen here? That there is no casting couch here? Or that Indian males are far more sensitive and ‘woke’? Surely that is a laughable proposition.

But imagine that a couple of actresses did come forward to talk about how they were assaulted by a top star or director? Would the country’s leading newspapers write about it? Would their colleagues support them? Would producers drop the predator from their films? The answer to all those questions is a resounding No. If anything, the more powerful of the two would come out of it without any impact on their careers and the victim would never be heard from again – we have seen just such an instance in the not too distant past. 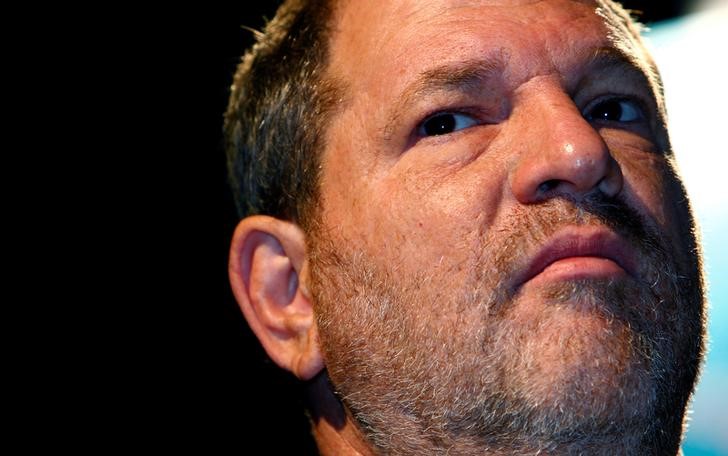 In India, Harvey Weinstein would have continued his offensive ways with no one ready to take him on. Credit: Reuters/Steve Crisp/Files

It is not just in the film industry-the chances that this happens in the corporate sector, the legal profession, the media and academia – are very high, and yet, after the buzz of Weinstein and #MeToo, things have settled down to status quo ante. If at all, any Bollywood bigwig had sleepless nights about being mentioned as a sexual harasser, he can comfortably go to sleep. No one is likely to come out in the open and if she/he did, no newspaper or television channel would have the gumption to cover it. No one would lose a role, no one need fear being socially ostracized and as for the law, let’s not even go there. In India, Weinstein would have continued his offensive ways with no one ready to take him on. India is still nowhere near its Weinstein moment.

The action by Ambedkar University is an important step in calling harassers into account and the fact that due process was followed makes it credible; but unless truly powerful and well-connected people are named and made accountable for their actions, India will remain a place where sexual predators can get away with anything, without any impact on their reputations. And efforts like #MeToo will remain just a feeble voice that no one pays any attention to.