India’s Many Diwalis, Proof of the Unity that Comes Through Diversity

We have travelled a long way: with Narak–asura and Mahabali; with Lakshmi and her lotus and water elephants; wealth and gambling to the dark night of Kali and her Dakinis–Yoginis. 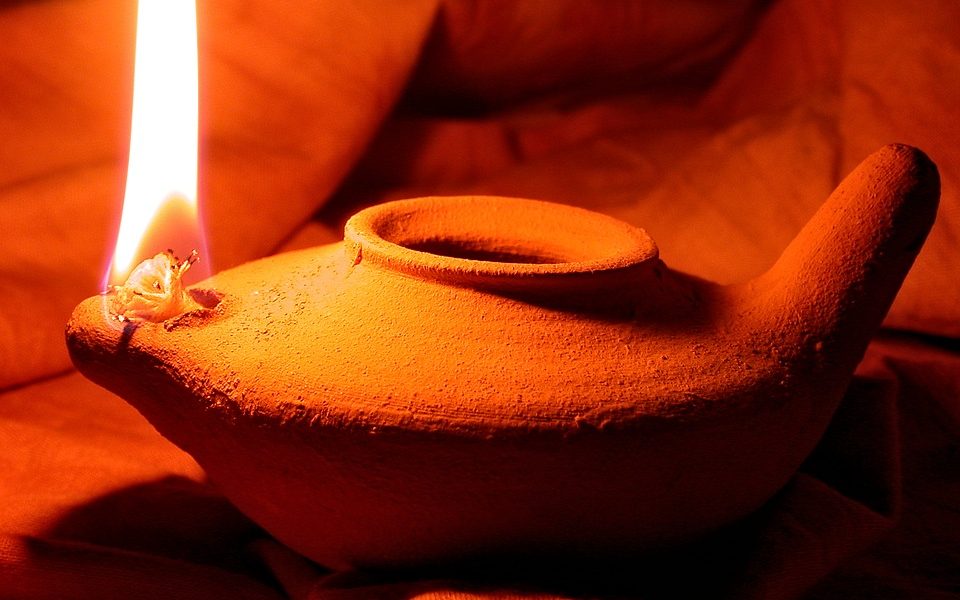 From Tagore’s beautiful words, ‘Ei Bharater Maha-Manaber Sagar-tirey’ (From the shores of the vast ocean of humanity, India) to Nehru’s ‘Unity in Diversity’, we have excellent poetic expressions and vivid descriptions of the wondrous plurality that personifies India. But we need to delve deeper into the process through which this unity was actually achieved amidst wide diversity and Deepavali or Diwali is a good case study of the process.

The first mention that we get about the celebration of shining lights is when Ramachandra returned victorious to Ayodhya, but the goddess Lakshmi does not feature in it. The final versions of the Ramayana, the Mahabharata and the Kamasutra of Vatsyayana appeared in the 3rd or 4th century AD. It is the last text that mentions night, when houses were to be illuminated with numerous tiny earthen  lamps. ‘Yakshas’ were short pot-bellied indigenous creatures who stood outside temples as guards or dwarpalas. The Jain acharyas, Hemchandra and Yashodhara, describe this ‘Yaksha night of lights’ and this means that Brahmanic Hinduism must have adopted and absorbed this popular local observance into its fold. But we still did not have a direct link with Lakshmi, unless she too arose from India’s native Yakshas like Kubera, the prime god of wealth.

Lakshmi was created by the Puranas and the Vishnu, Garuda, Linga, Padma and Skanda Puranas played a significant role in converting the ‘Deepavali’ of the Yakshas into her festival. We estimate this process to coincide with the Gupta period between the 4th and 6th century AD, which is more than a thousand years after the major Vedas were completed.

From history, let us now turn to geography. In the Hindi heartland, Diwali begins with Dhanteras and ends with Bhratri-dwitiya or Bhai-dooj after full five days. It is compulsory to acquire some expensive item like jewellery or even a household object on Dhanteras and, like Akshay Tritiya, six months before, such mandates ensured that the artisanal class gained their shares of the agricultural wealth. The next day is Chhoti Deepavali that is followed by the main Deepavali and Lakshmi Puja. Krishna is also invoked during this period through Govardhan Puja and the veneration of cattle finds special mention all through the centuries.

Bengalis and the east, however, do not observe so many events but the southern states and Maharashtra-Goa also follow this five-day worship. The focus shifts to the killing of the demon, Narak-asura by Krishna and his wife. This fiend had tormented the whole word, somewhat like Mahishasura, who was vanquished by Durga just three weeks before. Narak was indeed very troublesome because he had imprisoned 16,000 daughters of the gods and sages and the worried parents naturally invoked Krishna. Capturing women has always been a severe provocation, whether it be with Helen of Troy or Sita, or even when the poor girls of Nigeria were kidnapped by the Boko Haram. Interestingly, the Pitri-tarpan or the homage to ancestors that the Bengalis do on Mahalaya, is performed during this Diwali festival in south India. We all seem to remember our forefathers just before a tense battle begins! There are interesting sub-plots in the south, as this asura was incidentally defeated not by Krishna, but by his wife Satyabhama, who retrieved the situation after poor Krishna fainted on the battlefield. Does it not have shades of our mother goddess defeating a fellow asura, with Mahisha in his name?

There are exciting variants of this tale, as Andhra, Karnataka and Kerala mention Mahabali; there is even a Bali-pratipad and in Goa, huge effigies of Narakasur are built only to be set on fire, like Ravana. We have stressed on cleanliness and the ritual bath, which is done with a lot of oil in the south, while in  Maharashtra sandal paste is used. New clothes are a must and it is mandatory to clean the house and give it a fresh coat of paint.  This must be the earliest reference we get to about Swachh Bharat, but while Hinduism could mandate the cleaning up of one’s own body and home, it does not have any ceremony for the cleaning up of common places. In the Deccan, incidentally, people pray with equal fervour to Ganesha, Shiva and Vishnu, as they do to Lakshmi.

Telugus differ from Tamils and the last of their five days is called Bali-parthdbadha or Yama-dwitiya. Incidentally, Yama keeps appearing again and again in this time band, as even in Bengal Yamer tika or the mark to ward off the lord of death, is absolutely essential during Bhratri-dwitiya. This reminds us of the story of Nachiketa and his encounter with Yama in the Kathopanishad and the Yama connection also comes through the ancient legend of the King Hima. His 16-year-old son’s horoscope has predicted death by snake bite after marriage and the story is like that of Behula in the Mansa Mangal of Bengal. The interesting variation in Hima’s tale is that the son’s new bride beat Yama by bedazzling his serpent form with shining gems and jewels. This is supposed to be the ancient believed tale behind Dhanteras in so many parts of India and even the lighting of lamps is called Yama-deepdana, i.e. offering light to ward off Yama. 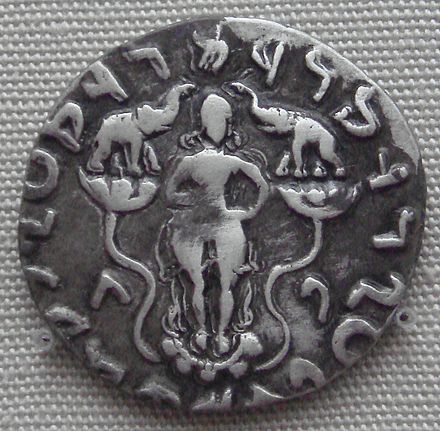 Let us return to Lakshmi, who according to the Puranas makes her first classic appearance before the devas and asuras, where they were churning the ocean to bring out amrita, the nectar of the gods. It is clear that Lakshmi has strong associations with water, the lotus and elephants, all pointing to the wet rice civilisation of India. This indelible character of our civilisation appeared only after the Yamuna was crossed by the so-called Aryans, and the marshes and jungles of the Ganga were cleared for cultivation. The concept of Gajalakshmi i.e, the goddess standing on a lotus with two elephants on either side who bathe her, is found as early as the first century before Christ, in a coin of Azilises, the 1st century BCE Saka king, which indicates the antiquity of this belief.

When there is agricultural bounty, there is wealth and the goddess is called by different names like Dhana Lakshmi, Dhanya Lakshmi and Gaja Lakshmi. Lakshmi is notorious for her restlessness and utter fickleness and Hinduism is a religion that has never shied away from accepting wealth and its creation to be integral parts of life. Dhanteras Diwali is the season of gambling and the question that arises is why do people gamble with whatever wealth they have acquired? The justification used comes all the way from Mount Kailash, where Parvati is said to have beaten Shiva in a game of dice. She had declared that whoever gambles on Deepavali would have wealth throughout the year, but frankly, bringing Parvati into Lakshmi’s festival appears far-fetched and gambling takes place during Diwali as people had money in their pockets after harvest.

Gokhale had said that “what Bengal does, Indians do later” and true to this, the Bengalis perform their Lakshmi Puja ahead of others, on Kojagori Purnima, which is a fortnight before Deepavali. But this early start does not appear to have impressed Lakshmi, who has not blessed this for almost half a century. Be that as it may, the Bengalis prefer to worship the dark goddess, Kali, on this occasion of amavsya (new moon) in the month of Kartika, which is incidentally the darkest in the whole lunar year. Stories abound of how ghosts come out and dance with rakshashas (demons) and pretas (spirits) on this dark night and on the preceding night of Bhoot Chaturdashi. Bengal quite enjoys this but in the rest of India a million lamps are lit to keep them away. It was mandatory to have images of blood-smeared ogresses like Dakinis and Yoginis next to that of Kali and funeral pyres or jackals and hyenas and all that was eerie and frightening. Dakinis have rather ghoulish connotations as Tantrik texts say they ate raw flesh, but Yoginis have more respectable antecedents and there are some temples dedicated to 64 of them, called Chaunsath Yoginis. The terrifying powers that go hand-in-hand with these deities indicate that they were probably malevolent forces, before they were deified and mollified (tushta). In fact, it is Ma Kali’s ferocity that endears her to the worshippers who invoke the fearsome mother to protect her children, with her prowess or Shakti.

We have travelled a long way: with Narak–asura and Mahabali; with Lakshmi and her lotus and water elephants; wealth and gambling to the dark night of Kali and her Dakinis–Yoginis. The diverse traditions arose from different regional realities and viewed from this angle, they are actually several distinct events and commemorations that are celebrated around the same time. Brahmanism was common to all regions and it took centuries to weave them together into common strands of unity. It was able to persuade different local festivals to come together into an accepted broadband. Deepavali thus means different festivals to different people but at the end it is essentially one national celebration: of India’s mind-boggling diversity that invariably veers together towards a wonderful consensus, and unity is achieved through the free play of plurality – and that comes not by force.