His expedition will be completed on October 2, 2019 in Pakistan, on Gandhi's 150th birth anniversary. 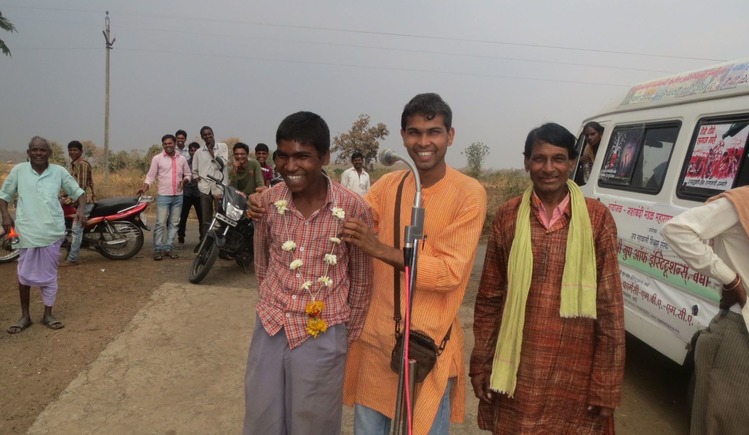 Dnyaneshwar Yewatkar, who has a Bachelor of Arts (BA) in history, said he has completed 8,642 km of 70,000 km of his global cycling expedition.

His expedition will be completed on October 2, 2019 in Pakistan, on Gandhi’s 150th birth anniversary.

“I have travelled over the last eight months through Indo-China and ASEAN, meeting beautiful people who have been very warm in hosting me and giving me opportunities to share my thoughts and knowledge about the teachings of the Gandhi,” he told PTI.

“There are challenging times in this solo-cycling tour, but there are moments I cherish as teachers give me accommodation in schools or in their homes as they understand my mission,” said Yewatkar, who has also been hosted by Sikh gurdwaras in Thailand and Malaysia.

“I am sharing with them the message of Gandhi, which inspires many people like us, to work for peace…and takes its new relevance today,” said Yewatkar, who is from Sewagram Ashram at Wardha in Maharasthra from where Gandhi had launched the ‘Quit India’ campaign against the colonial government.

Yewatkar cycles for 120 km and speaks at about five schools on average in a day.

He uses Google translator to speak to the people in their native languages.

Yewatkar said he was preparing to leave Singapore next week and will go to Indonesia and then would continue to travel across Taiwan, China, Korea and Japan.

In November, Yewatkar aims to sail from Japan to the US, for a journey across Africa and the Middle East.

Yewatkar said his tour was supported by donations and from people who hosted him, who he met on his way.