Some Indian Advertisements Are Subverting Sexism

Indian advertisements are not only challenging sexism but are also reversing the normative gender roles that Indian families usually take for granted. 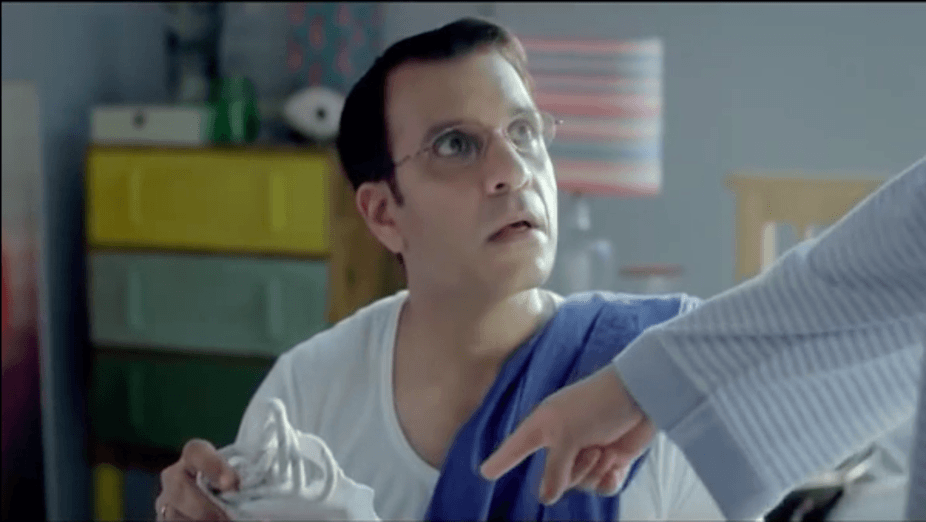 To illustrate how this is happening, we selected for this article three emblematic advertisements that not only challenge but also reverse the traditionally dominant roles that Indian fathers, sons, and husbands assume with the women in their lives.

Role inversion highlights men acting “out of script” to improvise a new way of assuming inherited, highly codified familial roles. In these ads, Indian men, like their western counterparts, appear to have grown weary of the limiting script and role that’s been passed down to them

The Ariel detergent ad opens with an older gentleman sitting at a dinner table, observing his grown daughter performing a dizzying array of evening tasks while her husband sits watching television, calling out for his evening tea, oblivious to her multi-tasking a work call, preparing dinner, and supervising kids’ homework.

Her father’s off-screen voice reads a “Dear Daughter” letter in Hindi as he witnesses the gaping disparity of her duties during the unpaid portion of her work day. Stunned by the pressures his “baby girl” is facing, the lamenting dad acknowledges his direct responsibility for this state of affairs.

Admitting that he provided the example that she internalised, the dad resolves to change this once he’s back home with mom, confiding that he is “so very sorry” for not having provided a different role model.

Cut to the next scene and dad is loading the machine with his dirty laundry, much to mom’s surprise, and the viewer is left with Ariel’s parting slogan “Share the load” because “why should laundry be a mother’s job”?

When we act out our roles in everyday life, we internalise received information on our identity in the form of social “scripts” that we repeat and perfect over time. Ever since sociologists John Gagnon and William Simon’s landmark work on sexual scripts and the learned predictable sequences of gender identity construction, Sexual Conduct: The Social Sources of Human Sexuality, was published, researchers have been applying the idea of scripting practices to a variety of fields.

Popular culture often provides striking examples of such gendered scripts, as evident from studies on television and advertising as well as in social media and music. The advertising culture in India seems ripe for revisiting these scripts, as our current research on Indian women’s identity has revealed.

In many homes, the kitchen still embodies gender segregation. Research into gender choice and domestic space suggests that kitchen design preferences are gendered and linked to professional status: women versus men, working versus non-working.

The women’s clothing company BIBA questioned this gendered space in a popular 2016 advertisement that went viral in India and beyond.

In the opening scene, a young woman is preparing for a family encounter between intended fiancés in the typical arranged marriage scenario. The boy’s family has arrived for tea and samosas. Now is the time to verify the girl’s cooking and home-making abilities; nothing new here so far.

In the course of the discussion, the girl’s father asks about the boy’s cooking ability. His smiling mother retorts proudly that he cannot even boil water – microwaved noodles are his speciality. Father then informs the potential in-laws that his daughter deserves better than noodles, getting a surprise smile from his appreciative daughter.

The groom-to-be responds by inviting his in-laws to come to over for dinner in 10 days, to give him time to learn how to cook.

A somewhat contrived, albeit hopeful subversion of the norm, Indian feminist critics such as Shamolie Oberoi underscore the ad’s perpetuation of female passivity and lack of autonomy, noting that “…the ability to feed oneself shouldn’t depend on one’s gender.”

Regardless, the ad’s popularity shows that incremental change in India’s gender relations is already in motion.

Along this continuum of change, the BIBA brand’s role-reversing approach to women’s issues can be seen in another ad, which also went viral.

In this ad, dowry negotiation is being discussed. Illegal since 1961, dowry continues to be a widespread and fraught practice across all strata of Indian society. It is seen as compensation to the parents taking on the bride-to-be, who is considered a “burden” and the property of the husband’s family.

This practice is often intergenerationally and violently perpetuated.

In the discussion between a middle-aged man and his mother about his own son’s marriage, it becomes clear that he supports the exchange of dowry – but as long as he is, in fact, paying it. To his mother’s astonishment, he explains his logic: since they are obtaining something precious, the bride, they should be paying.

Gender bias is by no means unique to India, and unconscious gender bias research shows us that it’s particularly prevalent when women shift into power or authority positions.

In India, the prevalence of femvertising is not yet sufficiently impacting entrenched inequities. A 2016 UN report on gender inequality ranks India at 131st out of 185 countries overall. Other studies and indicators of gender discrimination in India show there’s a lot of room for new initiatives in areas, such as female entrepreneurship, where gender balance remains among the lowest in the world.

We are also seeing new feminist films from India that are challenging scripted stereotypes with intelligent, thoughtful, and rebellious female voices.

This is a significant development, especially since a 2014 UN-sponsored study on women in film indicates that men receive a strong preference in leading roles across the world.

As director Alankrita Shrivastava lamented in a June interview : “…multi-dimensional roles that project women as complex characters are mostly absent from mainstream Bollywood”. Women are largely given roles as sexual objects.

Shrivastava’s recent film Lipstick Under my Burkha, which challenges many norms, is struggling to get a release certification from the Indian censor board.

A combination of patriarchal culture, religion, Bollywood and TV shows share the responsibility. That’s why the impact of femvertising in India should not be underestimated.

Socially-sensitive advertisers and filmmakers are shaping a new vision that will hopefully cascade to the millions who may be observing, but are not yet part of the conversation.

Although much remains to be done, in India today things are changing in essential ways, and the above examples do manage to get a message across to the millions in the audience. That’s something to not be sorry about.