Why Do We Tell Stories? 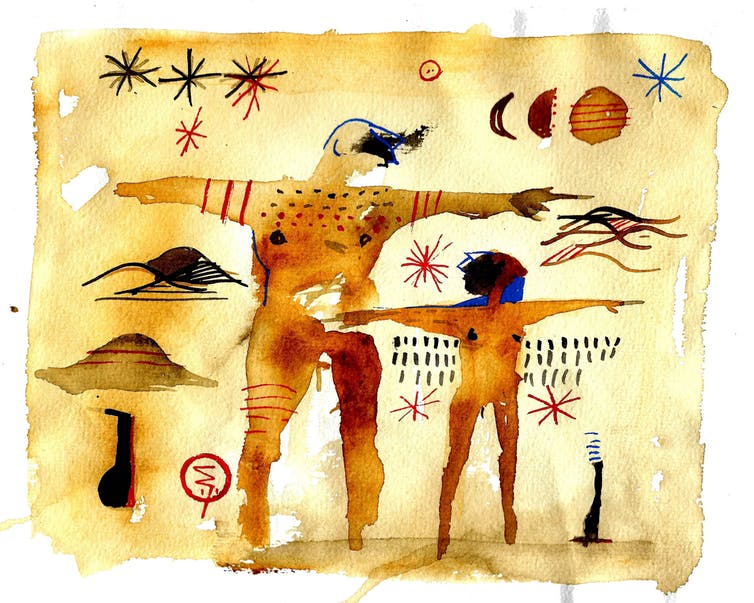 The Sun and the Moon: An Agta story about cooperation and equality between men and women. Credit: The Conversation/Paulo Sayeg/author provided

From gathering around the campfire sharing tales to binge watching the latest Netflix series, humans are, and have always been, inveterate producers and consumers of stories.

But why do we spend hours listening to and telling stories, often of exploits that never even happened? Clearly, from an evolutionary standpoint, this is time and effort that could be better spent foraging, reproducing or simply doing nothing to save energy.

Perhaps the human proclivity for storytelling is merely a byproduct of our evolved psychology– a series of inputs which manipulate and titillate our cognitive machinery. Cognitive scientist Steven Pinker fittingly refers to this as “evolutionary cheesecake”. But given the ubiquity of storytelling, it may perform an important adaptive role in human societies.

In a new study on hunter-gatherer societies, published in Nature Communications, my colleagues and I propose that storytelling may function as a mechanism to disseminate knowledge by broadcasting social norms to coordinate social behaviour and promote cooperation.

The type of knowledge in question is “meta-knowledge”– information about other people’s knowledge. This is, in fact, required for any society to function. For instance, it is not enough for people to know that they should drive on a certain side of the road, they also need to know that others possess that same knowledge. Stories may therefore act to ensure that all members of the group know, and consequently abide by, the “rules of the game” in a given society.

Moralising gods and organised religion may perform a similar function in post-agricultural populations by organising behaviour and promoting cooperation. However, these are often absent in hunter-gatherer societies, despite these groups being highly cooperative. We therefore proposed that hunter-gatherer storytelling may perform a comparable function to moralising gods in such societies.

To explore this idea, in collaboration with Agta Aid, we collected four stories among the Agta, a Filipino hunter-gatherer population with a high level of social and gender egalitarianism. Each story was aimed at regulating social behaviour by broadcasting how to act in different social situations.

One story, ‘The sun and the moon’, clearly communicated norms of sex equality and cooperation. “There is a dispute between the sun (male) and the moon (female) to illuminate the sky. After a fight, where the moon proves to be as strong as the sun, they agree in sharing the duty – one during the day and the other during the night.”

We also looked at narratives from other hunter-gatherer societies from Southeast Asia and Africa, and discovered similar themes. Of 89 stories, around 70% concerned social behaviour, in terms of food-sharing, marriage, hunting and interactions with in-laws or members of other groups.

These stories also possessed a moral dimension, by either rewarding norm-followers or punishing norm-breakers. This is clearly evident in an Andamanese story demonstrating the consequences of not sharing food. 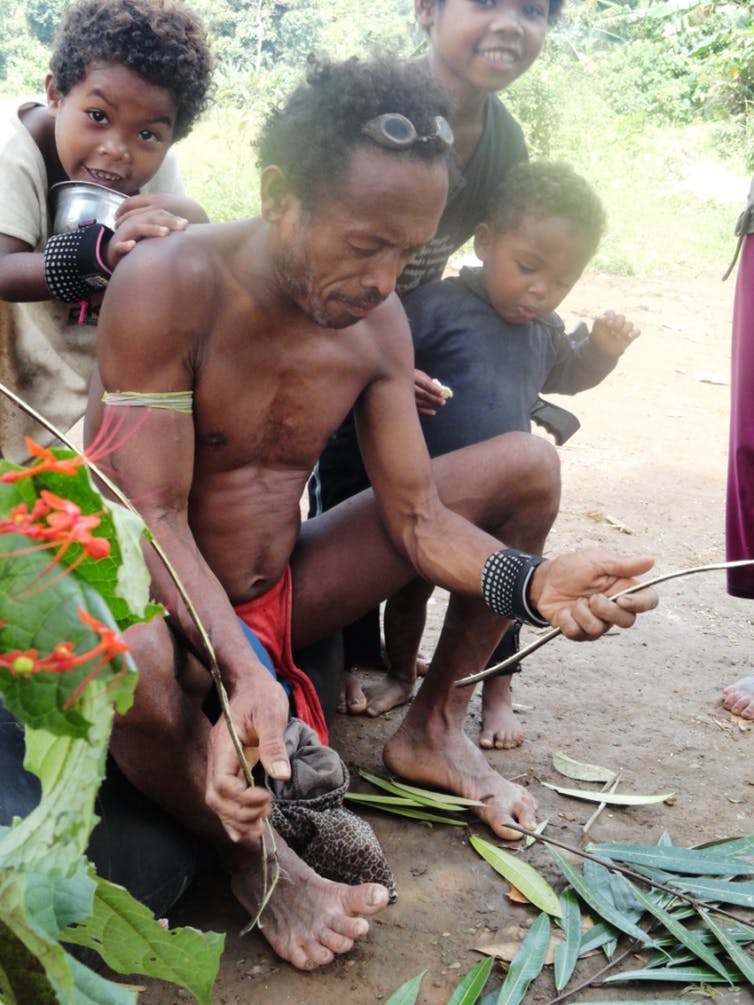 Given that hunter-gatherer stories overwhelmingly contain social content, we next explored whether storytelling does in fact promote cooperation. Nearly 300 Agta, from 18 separate camps, were asked to name the best storytellers. To assess cooperation, individuals were also asked to play a simple resource allocation game where players were given a number of tokens (representing rice) and asked to distribute these between themselves and their camp mates.

Overall, levels of cooperation were higher in camps with a greater proportion of skilled storytellers, consistent with storytellers coordinating social behaviour and in turn promoting cooperation. This suggests that storytelling may perform a beneficial group-level function, but it does not explain why individuals would invest so much time and energy in becoming a skilled storyteller. If there is no benefit to being a storyteller, then why not invest this effort in other fitness-enhancing activities?

Consistent with this increased social support, skilled Agta storytellers were found to have increased reproductive success relative to unskilled storytellers, with an average additional 0.5 living offspring.

Even in modern, Western society skilled storytellers – ranging from novelists and artists to actors and stand-up comicshave a high social status. There is even some evidence that successful male visual artists (a form of modern-day storyteller) have more sexual partners than unsuccessful visual artists.

Humans have evolved the capacity to create and believe in stories. Narratives can also transcend the “here and now” by introducing individuals to situations beyond their everyday experience, which may increase empathy and perspective-taking towards others, including strangers. These features may have evolved in hunter-gatherer societies as precursors to more elaborate forms of narrative fiction.

Such narratives include moralising gods, organised religion, nation states and other ideologies found in post-agricultural societies. Some are crucial parts of societies today, functioning to bond individuals into cohesive and cooperative communities. It’s fascinating to think that they could have all started with a humble story around the campfire.

Daniel Smith is a PhD candidate in Anthropology, UCL.