The cultural appropriation debate has flared after an American teenager wore a qipao, a Chinese-style dress, to her prom. But the meanings around the dress are complicated. 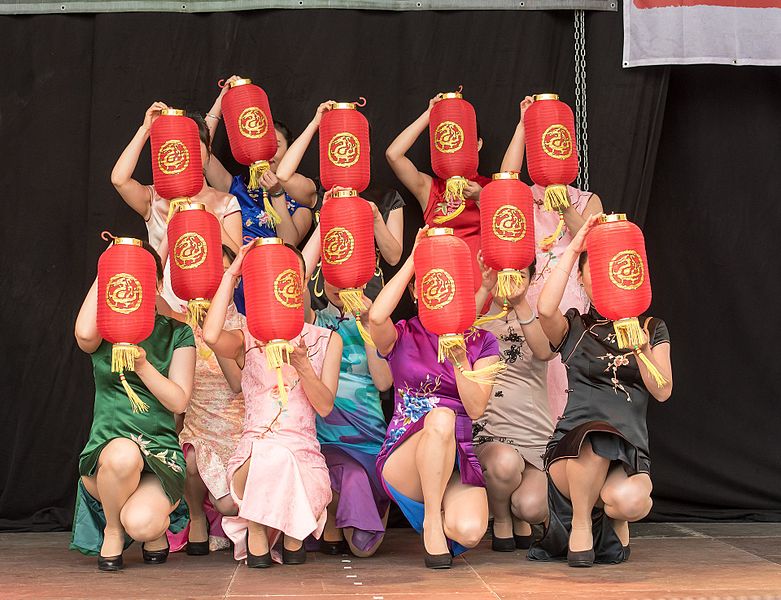 Yet again, a dress has sparked a furious debate over cultural appropriation in the US, this time after a high school graduate wore a qipao, a Chinese-style dress, to her prom. Twitter-user Jeremy Lam set off the current debate with a tweeted comment after seeing a photo taken at the prom: “My culture is NOT your goddamn prom dress.” Last year it was Karlie Kloss wearing a kimono for a Vogue cover. Only in the US.

My culture is NOT your goddamn prom dress. https://t.co/vhkNOPevKD

The responses to Lam’s tweet have included ethnic slurring, calls for tolerance, sympathy for Lam as the oppressed minority, sympathy for the girl in the prom dress and claims and counter-claims about the status and meaning of the dress in question, the qipao (pronounced “chee-pow”). Is it “a sacred garment” as some have claimed, or, as the girl in the photo responded, is it just “a f***ing dress”?

With thousands of young Chinese-Americans attending high school proms each year, this is unlikely to have been the first time a qipao has served as a prom dress. The problem for Lam and his many “likers” is that in the tweeted photo of a prom in Utah last week, the girl wearing the red embroidered qipao is “white”. Her name is Keziah Daum and she joins venerable company. Among famous qipao-wearers of the Western world are Grace Kelly, Elizabeth Taylor, Nicole Kidman and Anne Hathaway.

In the course of this brouhaha, some odd statements have been made about the qipao. Lam himself bizarrely describes its origins as lying in a shapeless garment made for Chinese women to wear when they were doing housework. In its more shapely final form, he advises, it was a “symbol of activism” and an expression of “gender equality”.

Amy Qin was not much closer to the mark when she wrote in The New York Times: “In its original form, the dress was worn in a baggy style, mostly by upper-class women in the Qing dynasty, which ruled China for more than 250 years, until 1912.”

There is indeed a view that the qipao (literally “banner gown”) directly evolved from the clothing worn by women of the Qing ruling class, the Manchus, or Banner people. But the relationship is tenuous. 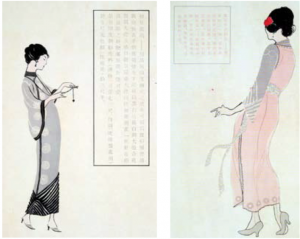 Early stages in the rise of the qipao as a fashion garment in Shanghai. From Vogue (Shanghai) 1926.
Credit: Antonia Finnane

The origins of the dress

The word qipao did not make an appearance until the 20th century and was one of a number of words used to refer to the garment. Among those, the most familiar in the English-speaking world is the Cantonese cheongsam (literally “long garment”). Like many other signs of Cantonese culture in the greater Chinese diaspora, this one is gradually being buried under the weight of Mandarin usage, but it is a reminder that there is more than one way of talking about things in Chinese and more than one set of attitudes.

In the longer term, the dress has proved to have an ambivalent position in the Chinese cultural landscape. Historically it was more likely to be worn by a call girl than by an activist. During the Mao years it faded from popularity before disappearing altogether, having become a symbol of bourgeois decadence. In China today it is often worn by the bride to her wedding banquet, but is perhaps most commonly used as a uniform for female staff in stores and big hotels.It was in Shanghai that the qipao took definitive shape. A browse through fashion features in the Chinese press in the 1920s reveals a mix of elements in various novel designs before the familiar dress appeared. The familiar, figure-hugging dress with its mandarin collar and long side splits finally emerges in the late 1920s. Its status was cemented when the newly established Nationalist government recognised it as formal dress in 1928. 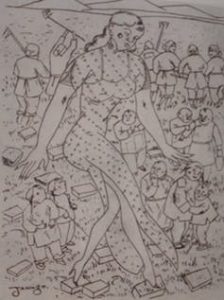 As long as champions of the qipao are calling for the importance of understanding its history before putting it on (and Lam does just this), its complex design origins and historical social status are relevant to the debate.

New and revised values can certainly be attached to cultural objects and from this perspective the debate itself is more interesting than its subject. The twittering started in America, but soon enough embroiled mainland Chinese, Hong Kongers, Taiwanese and Singaporeans. Faultlines emerged between people in these various categories. One mainland Chinese person tweeted, “qipao is not a Chinese ‘traditional’ dress at all. I can’t stand these Americans calling it ‘sacred’ to the Chinese culture. What are you talking about lol.”

The Chinese-Americans have proved themselves not all daunted. They have all studied Identity 101: “It’s an asian-american thing,” tweeted Roses-are-red, “…because we’re specifically taught that we gotta hide our chinese identity and assimilate to white culture and then some white chick with a shallow appreciation of chinese culture gets to wear a qipao and suddenly it’s ~cool and quirky~”

Such visceral reactions from both sides suggest that Chinese-white relations constitute only one of many factors shaping attitudes to Chinese culture in the US. Chinese migration from the mainland is remaking what it means to be Chinese-American. This latest debate is a sure sign that the process is creating anxieties for many.

Antonia Finnane is a professor of Chinese history at the University of Melbourne.

This article was originally published on The Conversation. Read the original article here.