The Long-Awaited, Yet Unsatisfactory, Undoing of Francis Underwood

In its latest season, 'House of Cards' fails to compete with the outrage-inducing politics of the real world, but manages to conclude on an interesting note. 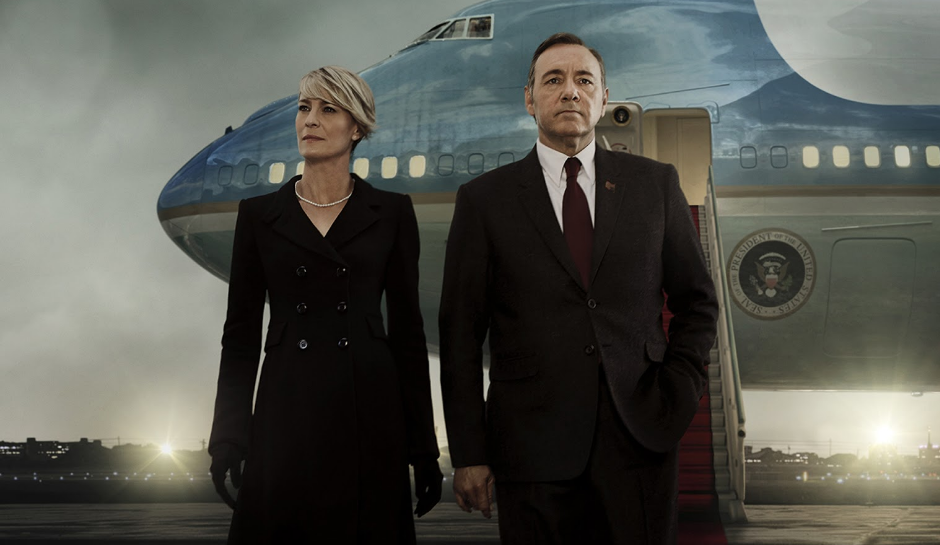 If the entire fifth season of House of Cards moved at the pace of its last three episodes, it could have reproduced the thrill of the first season. But as it is, the show’s depiction of DC politics struggles to elicit the outrage that the city’s current crew achieves daily.

Faced with presidential elections for the first time, Francis and Claire Underwood pull out all the stops to ensure victory, going as far as engineering a nationwide terror threat, calling for a declaration of war and, eventually, election fraud. The show has always relied on the shock value of portraying the Underwoods’ brazen lust for power and the accompanying disregard for democratic ideals, so their decision to rely on fear-mongering to ensure victory comes off characteristically despicable rather than shockingly so. Claire’s references to a “noisy press” and Frank’s decision to close the nation’s borders in response to an exaggerated threat from ICO (the show’s version of ISIS) seem to mimic Donald Trump’s, even though the Underwoods preceded him.

Partly because we’ve gotten used to the idea of an unpopular US president, and also because it’s difficult to come up with something horrible that Francis hasn’t already done, his efforts to fix his political and personal isolation just don’t make for engaging viewing. Which is a shame because most of this season is focused on Francis recalibrating how much power the president actually has. On election day, as the Underwoods plot their future in the Oval Office, Francis lays out his vision to Claire, “Underwood 2016, Underwood 2020… 2024… 2032…” And finally, “One nation, Underwood.” But then later, after multiple failed efforts to stop his own lawmakers from investigating him, Francis changes his tone, telling Claire that the real power doesn’t lie with the person living in the White House, but the person that owns it – he wants to switch to the private sector. Claire, however, seems unconvinced.

A growing personal rift between Francis and Claire, coupled with a fork in the couple’s political fortunes – Claire seems to gain all the popularity and political currency that her husband sheds over the course of the season – opens up the question of an Underwood vs Underwood scenario for the next season. For five seasons we’ve watched the two function as a mostly seamless team, emotional vulnerabilities and shoddily-executed misdeeds were mistakes that others committed for them to exploit, they never needed any leverage against each other. But what happens when Claire and Frank’s interests divulge?

Halfway through the season, a satisfied Francis breaks the fourth wall and tells the US to meet its “new daddy”. He’s found a hole in the constitution, thrown the country into disarray and opened up a seemingly obstacle-free path to power for himself. It’s only after this point in the season that the Underwoods seem to function in full form – striking illegal deals with Congressmen, exploiting others’ secrets, misleading journalists, all the while clamping down on any emotions that could betray the existence of anything other than ambition within themselves.

This is all more true of Frank than Claire, and as aides and cabinet members abandon Frank to save themselves, Claire begins to tune into the same sentiment. Frank’s utter lack of emotionality this season is heavily contrasted with Claire’s deepening intimacy with Tom Yates, her speechwriter-turned-boyfriend, which also underscores her increasing estrangement from Francis. At crucial moments, the camera lingers on Claire’s perfectly composed face, at others she seems to stare straight into the camera and you realise you’re waiting for her to break the fourth wall and claim that final bit of Frank’s power. Before she does that though, she has to make some ruthless decisions, which appear all the more shocking because we’ve spent so much time with a more emotionally-available Claire this season. So when she finally faces us and says, “My turn,” you realise Frank made a fatal mistake – he’s not the new daddy, Claire is. 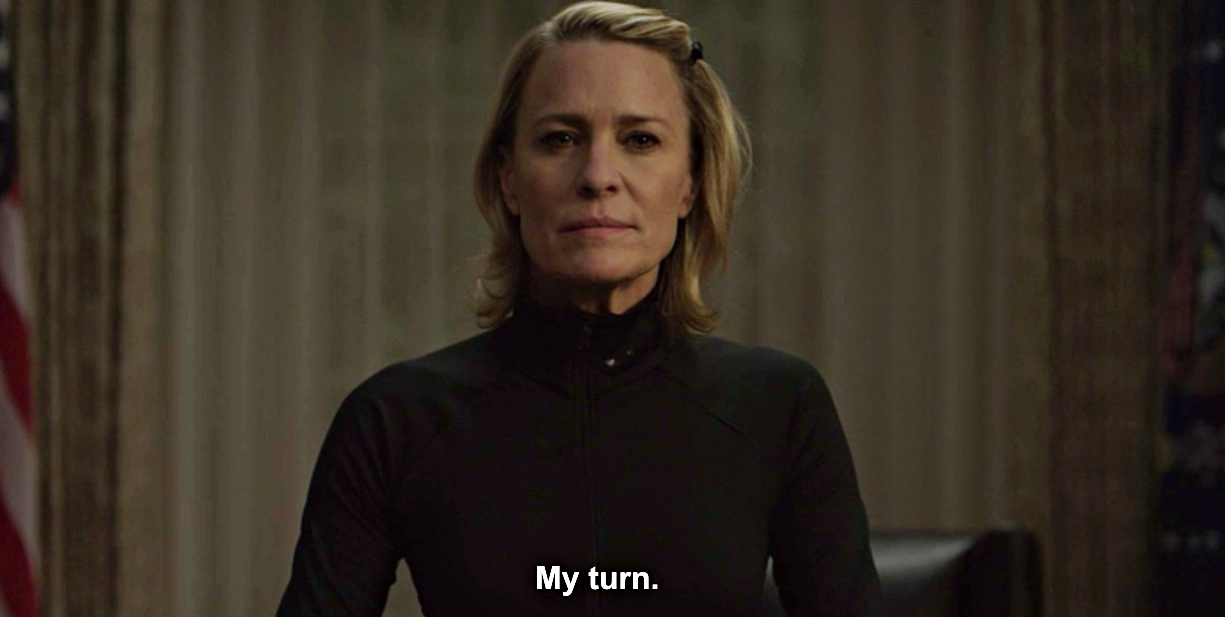 House of Cards has always played around with presenting a version of DC politics that straddles that strange ground between totally believable and utterly fictional. The focus on Claire might have played out more compellingly if Hillary Clinton had won the presidency last year, and built on our imaginations of a woman being the political head of the US and arguably the free world. Regardless of that, the show holds tight onto its pessimism – no matter who’s in the Oval Office, the power always belong to the person who’s the most minimally encumbered by moral compunctions.

However, as it stands, the show’s narrative sets up a comparative question for us: Is the Underwoods’ calculated, remorseless destruction of democracy really scarier than Trump’s irreverent undermining of it? Unfortunately for the show, the world seems more likely to end with a covfefe than a bang.