The Dera Sacha Sauda chief is accused in the murder of Ram Chander Chhatrapati and the case is being heard in the same CBI court as the rape case. 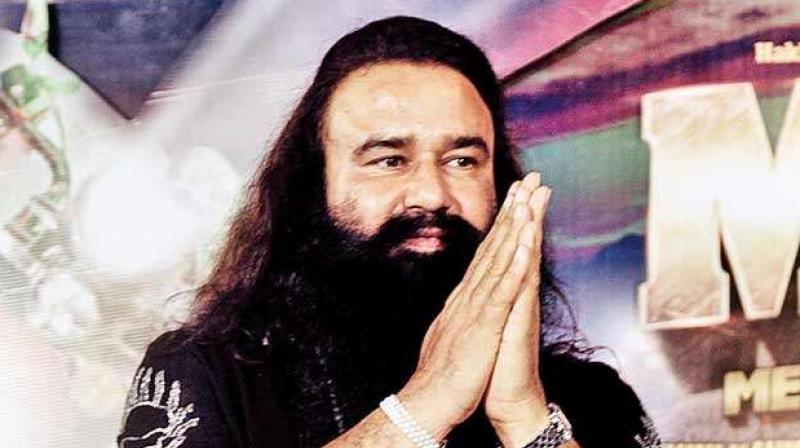 New Delhi: While a verdict is expected on the rape charges against Dera Sacha Sauda chief Gurmeet Ram Rahim Singh – and his supporters in both Haryana and Punjab are coming out in protest – this is not the only case against the cult leader that is nearing a climax. Final arguments are ongoing in the 2002 murder of journalist Ram Chander Chhatrapati, who exposed the rape accusations against Singh, at the same CBI court in Panchkula that will give its verdict on the rape case today (August 25).

Chhatrapati was shot at point blank range on October 24, 2002, months after his newspaper Poora Sachh published an anonymous letter from a sadhvi alleging she was raped by Singh. Chhatrapati was alive for 28 days after he was shot and reportedly named the Dera chief in his statement to the police, but the police did not include his name in the FIR. His son Anshul – then only 21 years old – took up the legal battle against the powerful religious leader.

“I was 21 then, and did not know where to go for justice after the police did not include the name of the Dera chief in the FIR,” Anshul told Hindustan Times. In January 2003, he petitioned the Punjab and Haryana high court asking that the case be transferred to the CBI. “My father fought for life in the hospital for 28 days after they pumped bullets into his body, and he had named the Dera chief as the accused in his statement to the local police. But the cops did not include the Dera chief’s name in the FIR, and the legal battle began from there,” he said. The CBI filed a chargesheet against Singh in July 2007.

Also read: As Rape Case Verdict Looms, Will BJP Come to the Rescue of ‘Messenger of God’?

Given the current situation and the verdict coming closer, Anshul is nervous about his security, he told Indian Express.

Another journalist who was investigating the rape allegations against Singh, and even performed a sting operation in 2007 which revealed several details, has alleged that India TV took down the video from their website. “Some years later circa 2014, the Dera chief shifted his allegiance to the Bharatiya Janata Party. On a whim, I thought of checking on the video and the show aired on India TV.  To my surprise, neither the video nor the story was to be found on the India TV website or its YouTube channel. Some others said the Dera chief had imposed the condition that the sting and the story had to be yanked from the site for him to appear on the channel’s popular Aap Ki Adalat anchored by Rajat Sharma,” Anurag Tripathi has written in Newslaundry.