From Socialism to Disco Dance, How Bollywood Made Its Mark in Russia, Central Asia

On the eve of the Prime Minister's visit to Russia and the five Central Asian Republics, The Wire takes a look at how the long cultural and historic ties India has had with the region have been reflected in our popular culture 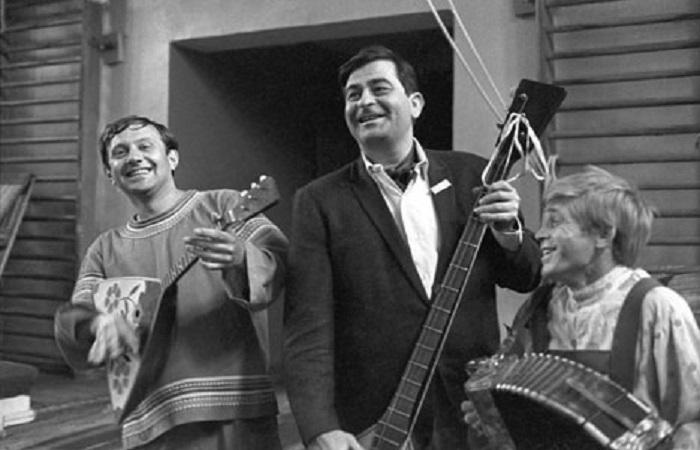 It is fairly well known that Raj Kapoor was a much loved man in the former Soviet Union. His film Awaara – dubbed in Russian and released as Brodiaga (or, the Vagabond) – became hugely popular. The title song became a rage, greeting not just Indian visitors to the country but also played at official banquets. Awaara was the first Hindi film to be successful in Russia and along with Shri 420 firmly cemented his reputation.

The optimism – and the implied socialistic theme – inherent in both films were a balm on a nation barely out of the ravages of World War II. Kapoor, no communist, was guided towards the Soviet Union partly by the mood in India at the time and mostly by his script writer, Khwaja Ahmed Abbas. Abbas was a romantic lefty who was quite attracted to the Soviet experiment.

Indian intellectual thought in the 1940s was heavily inspired by Soviet socialism and this seeped through into its literature and cinema. The Indian People’s Theatre Association (IPTA) attracted leftists like Balraj Sahni, Kaifi Azmi and Sardar Jafri and of course Abbas and they drew a lot from classic Soviet literature and ideas.

Abbas wrote Neecha Nagar (1946), an adaptation of Maxim Gorky’s Lower Depths, which was directed by Chetan Anand. And subsequently also directed Afsar for his new company Navketan; the film, an Indianised version of Nikolai Gogol’s Inspector General was a huge flop, almost sinking the company.

Not everyone was driven by Soviet literature. A more commercial venture was Changez Khan (1957), a film on the legendary warrior Genghis Khan, played by Prem Nath. Here, a sulking Tatar princess Azra (Bina Rai), is entertained by dancing girls who sing about the pleasures of legendary Samarkand, Yarkand and Tashkent as they try to show the gifts they have brought. The director’s fantasies painted that region in the same manner in which countless “Arab” films were framed, with brave warriors, plush palaces and gardens full of chirping bulbuls.

In the same year, Abbas directed the Hindi version of a joint Indo-Soviet production Pardesi (English title, ‘Journey Beyond Three Seas’), a somewhat plodding film based on Russia’s greatest adventurer-traveller, Afanasy Nikitin, played by Oleg Strizhenov. Despite the presence of Nargis, who was his Indian love, the film sank into obscurity.

Abbas and his compatriots were driven by ideology and their films tended to be wordy rather than entertaining, except when the material was handled by a master storyteller like Raj Kapoor.

Years later, Abbas and Raj Kapoor came together again for Mera Naam Joker (1970), a film with three chapters, in which one is about the clown, Kapoor’s love for a Russian circus artist Marina, played b y Ksenia Ryabinkina. Despite popular songs, the film tanked at the box office, though several film buffs regard it as one of Kapoor’s better productions.

In 1980, producer F C Mehra and his director son Umesh Mehra had better luck with Alibaba aur Chalis Chor, a fantasy from Arabian Nights starring Dharmendra and the great Russian Actor Rolan Bykov. Hema Malini was Marjeena but Zeenat Aman was cast as an attractive ally of Ali Baba in the imaginary town of ‘Gulabad’, supposedly in Central Asia, and pulled in audiences with songs such as this:

The love of the Kapoors for Russia continued till much later. Shashi Kapoor sank his entire fortune into making the 1991 film Ajooba (released in Russia as Vozvrashcheniye Bagdadskogo Vora), a super-hero fantasy with Amitabh Bachchan and Dimple Kapadia but the audiences stayed away. The temptation of making a co-production was the subsidy that the Soviets offered, but it did not help Kapoor.

By that time, the Soviet Union was on the verge of collapse and a younger Indian generation too was looking more at the west than at India’s old, traditional friend.

Mithun starred with Irina Kushnareva in Shikari (1991), which was shot in Russia and co-directed by Umesh Mehra and Latif Faizyev but the old charm had gone.