Born into slavery and self-taught, Greenfield forced white critics across the US to re-examine their assumptions about the abilities of African-American singers. 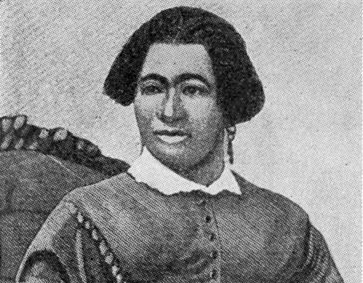 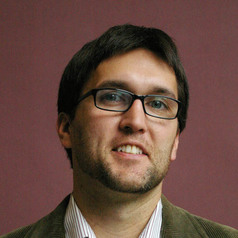 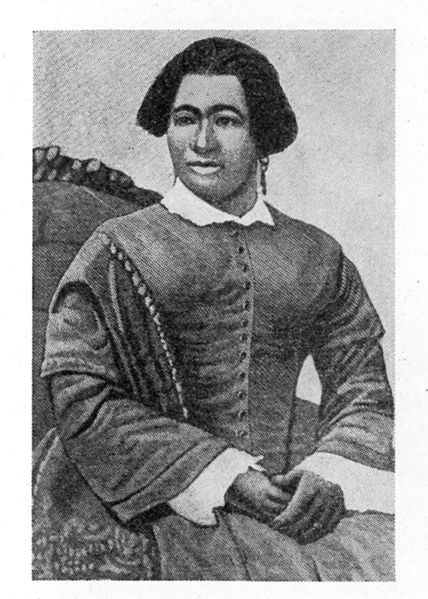 In 1851, a concert soprano named Elizabeth Taylor Greenfield embarked on a national tour that upended the US’s music scene.

In antebellum US, operatic and concert songs were very popular forms of entertainment. European concert sopranos, such as Jenny Lind and Catherine Hayes, drew huge crowds and rave reviews during their U.S. tours. Lind was so popular that baby cribs still bear her name, and you can now visit an unincorporated community called Jenny Lind, California.

Greenfield, however, was different. She was a former slave. And she was performing songs that a burgeoning field of American music criticism, led by John Sullivan Dwight, considered reserved for white artists. African-American artists, most 19th-century critics argued, lacked the refined cultivation of white, Eurocentric genius, and could create only simple music that lacked artistic depth. It was a prejudice that stretched as far back as Thomas Jefferson in his ‘Notes on the State of Virginia and was later reinforced by minstrel shows.

But when Greenfield appeared on the scene, she shattered pre-existing beliefs about artistry and race.

Elizabeth Taylor Greenfield was born into slavery in Natchez, Mississippi, around 1820. As a girl, she was taken to Philadelphia and raised by an abolitionist.

Largely self-taught as a singer, she began her concert career in New York with the support of the Buffalo Musical Association. In Buffalo, she was saddled with the nickname “the Black Swan,” a crude attempt to play off the popularity of Jenny Lind – known as “the Swedish Nightingale” – who was wrapping up one of the most popular concert tours in American history.

In 1851, Colonel Joseph H. Wood became Greenfield’s promoter. Wood, however, was an overt racist and inhumane promoter known for creating wonderment museums in Cincinnati and Chicago that featured exhibits like the ‘Lilliputian King’, a boy who stood 16 inches tall. With Greenfield, he sought to replicate the success that another promoter, P.T. Barnum, had with Jenny Lind.

In a letter to Frederick Douglass, Martin R. Delany, a physician, newspaper editor and Civil War hero, wrote that Wood was a fervent supporter of the Fugitive Slave Act of 1850 and would not admit black patrons into his museums or at Greenfield’s concerts.

For Greenfield’s African-American supporters, it was a point of huge contention throughout her career.

Critics reconcile their ears with their racism

In antebellum US, the minstrel show was one of the most popular forms of musical entertainment. White actors in blackface exploited common stereotypes of African-Americans, grossly exaggerating their dialect, fashion, dancing and singing.

For example, the popular song “Zip Coon” portrayed African-Americans as clumsily striving for the refinement of white culture. The cover of the sheet music for “Zip Coon” shows an African-American attempting to mimic refined fashions of the day and failing. The song goes on to mock its subject, Zip Coon, as a “learned scholar,” while putting him in situations where his apparent lack of intelligence shows.

Greenfield’s performances, however, forced her critics to rethink this stereotype. The Cleveland Plain Dealer described the confusion that Greenfield caused for her audiences:

“It was amusing to behold the utter surprise and intense pleasure which were depicted on the faces of her listeners; they seemed to express – ‘Why, we see the face of a black woman, but hear the voice of an angel, what does it mean?’”

Critics agreed that Greenfield was a major talent. But they found it difficult to reconcile their ears with their racism. One solution was to describe her as a talented, but unpolished, singer.

For example, the New-York Daily Tribune reported that “it is hardly necessary to say that we did not expect to find an artist on the occasion. She has a fine voice but does not know how to use it.” (We see a similar phenomenon today in sports coverage, in which black athletes are often praised for their raw physical athleticism, while white athletes are praised for their game intelligence.)

By performing repertoire thought too complex for black artists – and by doing it well – Greenfield forced her white critics and audiences to re-examine their assumptions about the abilities of African-American singers.

A star is born

On Thursday, March 31, 1853, Greenfield made her New York City premiere at Metropolitan Hall.

Originally built for Jenny Lind, it was one of the largest performance halls in the world. The day before the concert, the New-York Daily Tribune carried an ad that read, “Particular Notice – No colored persons can be admitted, as there has been no part of the house appropriated for them.” The ban resulted in a citywide uproar that prompted New York City’s first police commissioner, George W. Matsell, to send a large police unit to Metropolitan Hall.

Greenfield was met with laughter when she took to the stage. Several critics blamed the uncouth crowd in attendance; others wrote it off as lighthearted amusement. One report described the awkwardness of the show’s opening moments:

“She was timidly led forward to the front of the stage by a little white representative of the genus homo, who seemed afraid to touch her even with the tips of his white kids [gloves], and kept the ‘Swan’ at a respectful distance, as if she were a sort of biped hippopotamus.”

Despite the inauspicious beginning, critics agreed that her range and power were astonishing. After her American tour, a successful European tour ensued, where she was accompanied by her friend Harriet Beecher Stowe.

Greenfield paved the way for a host of black female concert singers, from Sissieretta Jones to Audra McDonald. In 1921, the musician and music publisher Harry Pace named the first successful black-owned record company, Black Swan Records, in her honor.

But these achievements are byproducts of a much larger legacy.

In Stowe’s novel Uncle Tom’s Cabin, one of the slave children, Topsy, is taken in by a northern abolitionist, Miss Ophelia. Despite her best attempts, Ophelia can’t reform Topsy, who continues to act out and steal. When asked why she continues to behave as she does – despite the intervention of implied white goodness – Topsy replies that she’s can’t be good so long as her skin is black because her white caregivers are incapable of seeing goodness in a black body. Her only solution is to have her skin turned inside out so she can be white.

Stowe’s argument was not that we should begin skinning children. Rather, Topsy is a critique of the act of “othering” African-Americans by a dominant culture that refuses to acknowledge their full humanity.

After Greenfield’s New York concert, the New York Daily Tribune recognised the monumental nature of Greenfield’s heroics. The paper urged her to leave the US for Europe – and to stay there – the implication being that Greenfield’s home country wasn’t ready to accept the legitimacy of black artistry.

But Greenfield’s tour did more than prove to white audiences that black performers could sing as well as their European peers. Her tour challenged Americans to begin to recognise the full artistry – and, ultimately, the full humanity – of their fellow citizens.

Adam Gustafson is an instructor in music, Pennsylvania State University.