Such inter-communal meals are held every year, but they resonated more this year after ISIS attacks on Coptic Christians meant to stoke sectarian divisions. 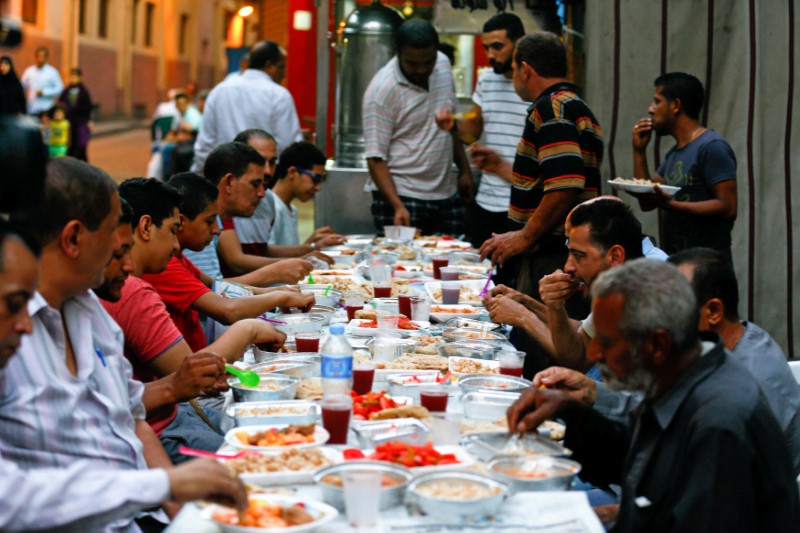 Cairo: In a display of communal solidarity defying the sectarian violence of Islamist militants, Egyptian Christians in Cairo organise daily meals for Muslim neighbours who must fast from dawn to dusk during their holy month of Ramadan.

Such inter-communal meals are held every year in Egypt, whose Copts are the largest Christian minority in the Middle East. But they took on more resonance this year after a spate of ISIS attacks on Copts meant to stoke sectarian divisions.

Dawoud Riyad, a middle-aged Christian man, set up tables in a street near his Cairo home last week, serving free home-cooked meals to hungry passersby when it was time for them to break their fast for the iftar evening meal.

“They invited me and my kids, and I was surprised. They laid the table out on the street with no difference between sheikhs, Christians or Muslims – they pulled everyone to the table to break their fast,” said Tarek Ali, a Muslim resident.

Several Christian families in Riyad’s area pitch in daily to provide the food and drink in what he calls an effort to unite people of different faiths during a holy time of year. Copts make up about 10% of Egypt’s 92 million people.

“We all live in the same square, we’re all brothers and friends, I’ve raised this man’s son (alongside my own son) and he’s Muslim,” Riyad said, pointing to a neighbour.

Ramadan this year began on May 26 and ends on Saturday.

Recent ISIS assaults on Coptic Christians in Egypt have sparked fears of a provincial insurgency in the making.

ISIS gunmen attacked a group of Copts travelling to a monastery in central Egypt last month, killing at least 29 people. That attack followed a series of church bombings claimed by militants.