An Undisguised Assault on Media Freedom

The government is seeking to muzzle media that is critical of the regime. 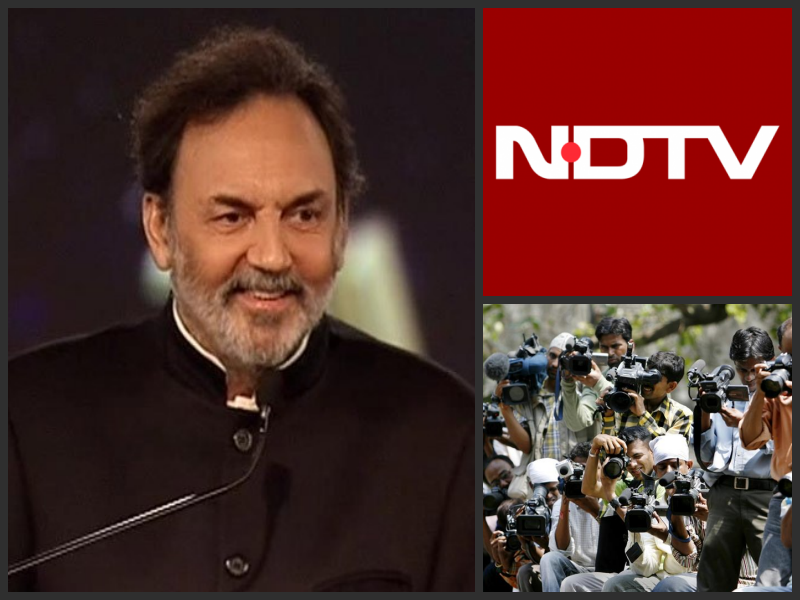 Whichever way one looks at the Central Bureau of Investigation (CBI) raids conducted on the NDTV offices and the residence of its promoters, it is difficult to escape the conclusion that vendetta has been a guiding motive behind them. This is not the first time that a government has sought to muzzle adversarial media in this crude fashion, threatening the basic constitutional guarantee of free speech upon which our democracy rests. When the Congress party had imposed an Emergency in the mid 1970s, petty violations of one kind or the other were cited to intimidate the free press. It was resisted with full force by both the media and political activists inspired by the Jayaprakash Narayan movement then.

Alas, and here’s the irony, some of those very erstwhile warriors of media freedom dominate the present regime, which shows no compunction in conducting such egregious raids on NDTV, which is not only the country’s oldest news channel but one which has, without doubt, contributed significantly to the growth and evolution of the Indian news television industry.  Shockingly, the CBI’s raids were conducted on the pretext that NDTV had caused a loss to a private bank – ICICI – by not fully repaying a loan of about Rs 375 crore.

Without going into the merits of the CBI case at this stage, some prima facie observations can be made. The CBI FIR, self-admittedly based on a petition of a disgruntled former consultant, alleges that NDTV did not fully repay a loan taken from ICICI bank, thereby causing a loss of Rs 48 crore to the bank. What is most puzzling is ICICI, a private bank, has lodged no such complaint and NDTV, in its rebuttal to the CBI FIR, has released a letter from ICICI saying all dues were fully paid. The question that then arises is why the CBI is so interested in a deal between a private firm (NDTV) and a private bank (ICICI), especially at a time when about Rs 10 lakh crore of debt remains overdue to public sector banks from a dozen large corporate groups who have worked the system for years and postponed loan repayments. Something is clearly amiss here.

NDTV had said in its official statement that the “CBI FIR is based on a shoddy complaint by a former disgruntled consultant…who has been making false allegations and filing court cases all these years but no court has accepted his petition”.

It is indeed astounding that the CBI should take cognisance of such a complaint that no court has accepted in the past. All the circumstances point to the fact that the government is merely seeking to muzzle NDTV, which has not particularly endeared itself to the present regime. The raids are also a warning to the rest of the media, which must stand together and resist such undisguised assaults on press freedom. It is heartening, in this context, that the Editor’s Guild of India has expressed its deep concern over the CBI raids. The Guild has condemned any attempt to muzzle the media and has sought due process of law to ensure there is no interference in the free functioning of the media.