Will the Indian Way of Seeing Outstare Toxic Hindutva Politics?

In many everyday contexts, the accusation of 'hurt religious sentiments' does not apply to artistic expression.

Gopal Malakar, son of artisan Tapan Malakar, putting the finishing touches to the devi’s idol at the penultimate stage, before it gets the final coat of clay. Credit: Revathi Krishnan 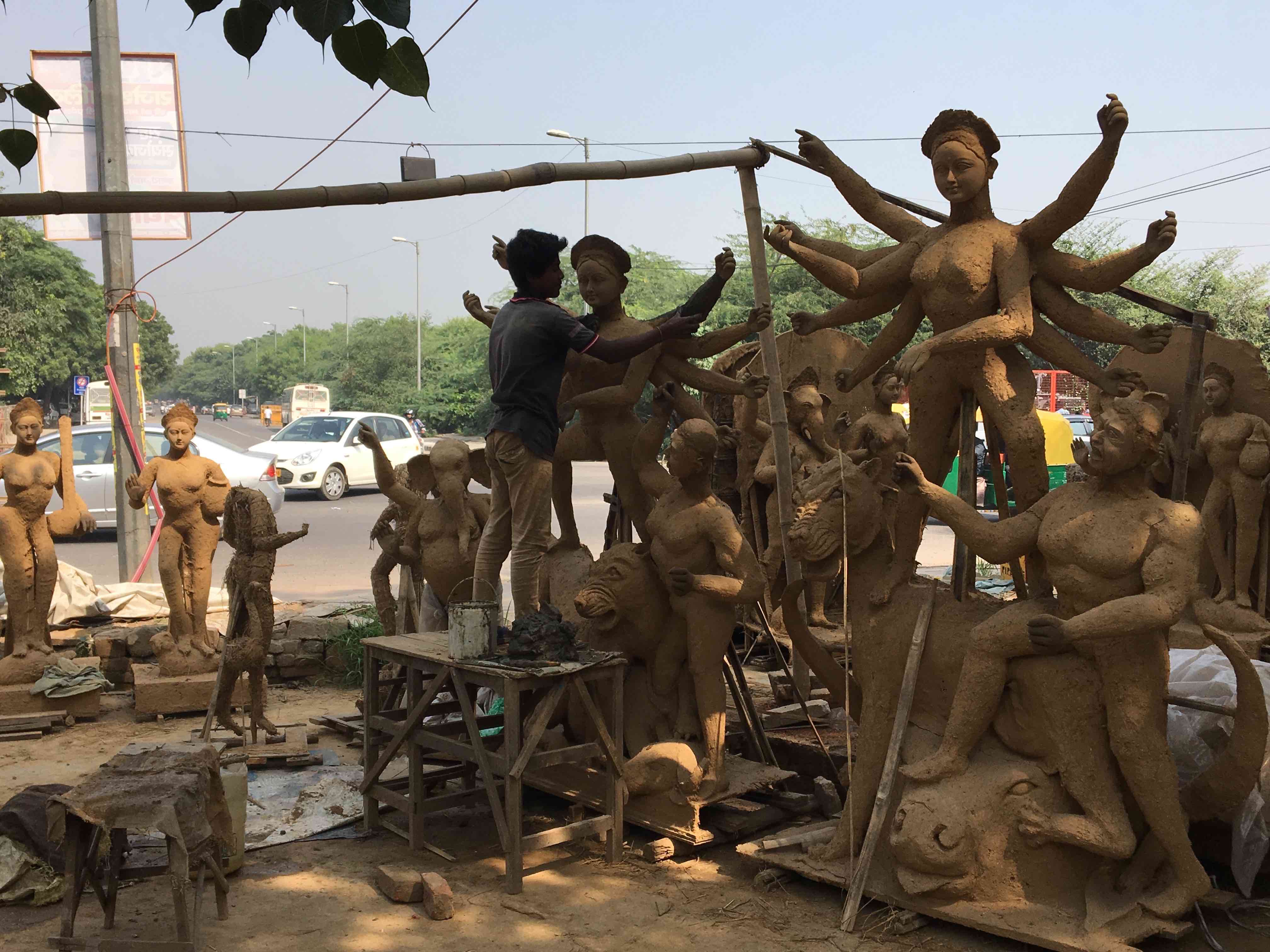 Gopal Malakar, son of artisan Tapan Malakar, putting the finishing touches to the devi’s idol at the penultimate stage, before it gets the final coat of clay. Credit: Revathi Krishnan

It’s that time of the year when a small stretch of dusty pavement near our South Delhi neighbourhood gets transformed into an unlikely celestial universe. On most days of the year, the area is an earthly intersection of traffic blues and compulsive honkers, auto repair shops with errant cars and wistful owners, and roadside hawkers surrounded by customers with growling stomachs. Then, one day, the master artisan declares the onset of the Durga Puja season, his season of creation, setting a new cycle of time into motion.

In the last few weeks the pavement has come alive with the presence of the devi’s idols in different stages of preparation – in the beginning is a bamboo armature, which gets a body of straw and mud and finally the skin of clay. Whatever the stage of preparation, the template is unmistakable – the stretch of spine, firm breasts, curvaceous waist and hips. Yet, the multitudes of devout Hindus who see the goddess’s idol day in and day out never feel hot and bothered that they are seeing the ‘nude’ figure of a goddess.

Some years ago, when it struck me that I never looked at these idols as nude figures of the devi and therefore did not feel offended, as commanded by our Hindutva brethren, I had written about my inability to feel the sharp prick of hurt religious sentiments. 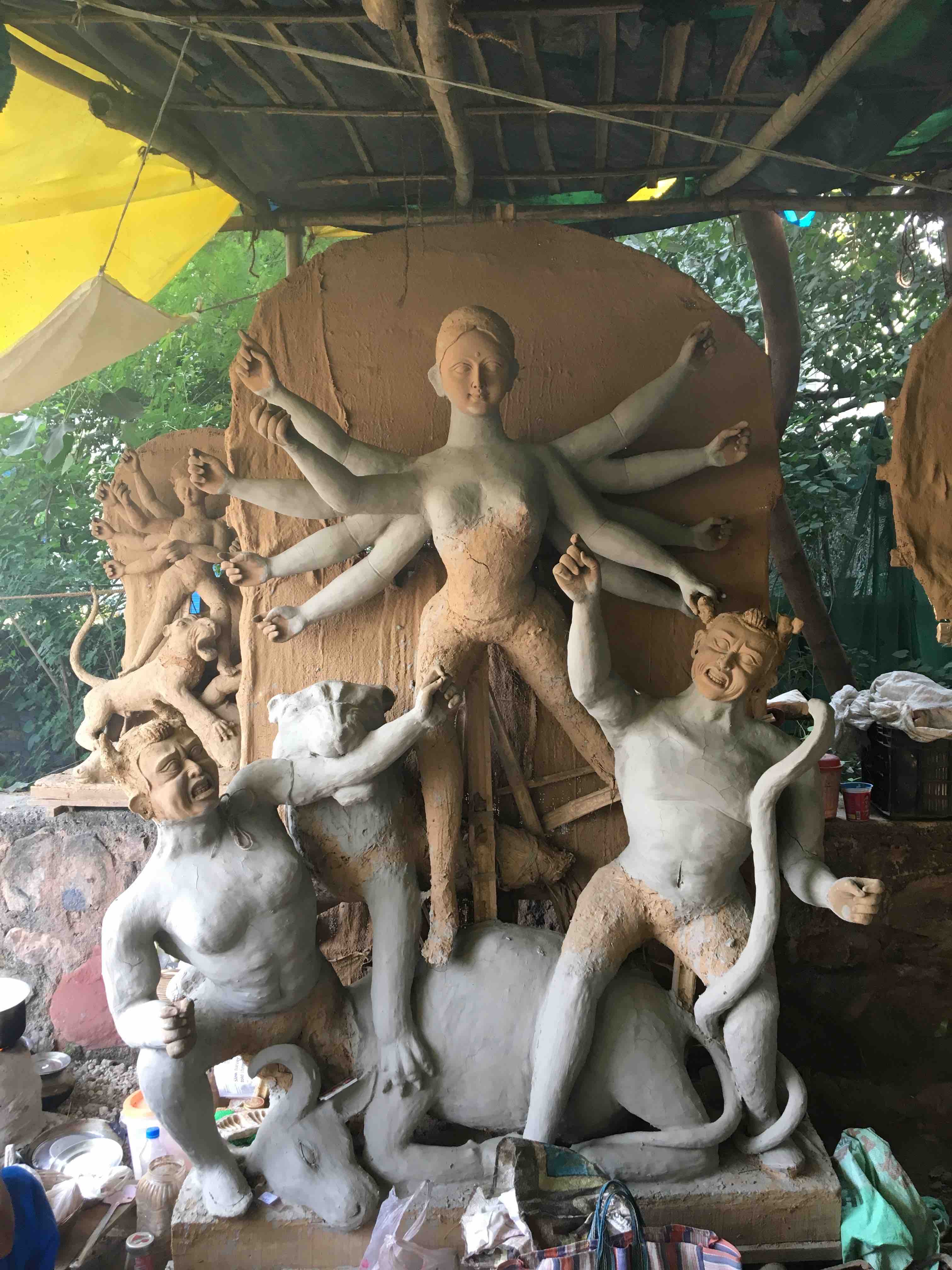 The parts where the coat of mud is dry, clay is applied. Credit: Revathi Krishnan

Now that there is a ‘republic of hurt sentiments’ in power, I thought it would make sense to look at the issue once again. A few days ago I asked my sister-in-law, a devout person, if her religious sentiments were offended that the male artisan had kept the idols of the devi in an unclothed state on the main road for the entire world to see her so.

She looked at me quizzically: “You and your notions! Who thinks like that (she is unaware of the high point of Hindutva)? What is the next topic of discussion – should Naga sadhus and Jain munis start wearing shirt and pant?  In our tradition nudity is considered an aspect of purity.”

I wondered how my domestic help Poornima, a Bengali with long black hair who is quick to remind people that every Bengali woman is an avatar of Durga, would respond to the same question. Would she register the devi’s idol on the pavement as a ‘nude’ figure?

She looked at me squarely in the eye and said, ‘‘Didi, abhi tak toh nahin socha (I had’t thought of it that way). Nobody would have the effrontery to think this way about the devi. If there are people who think like this, then there’s something wrong with their eyes and head.”

I was astounded. Both women had spoken from a position of knowing their tradition without making heavy weather of it. In fact their way of seeing is part of what multi-disciplinary artist Dashrath Patel (1927-2010) called the “specific cultural look” that has animated Indian traditions.

Throughout the 1990s he spoke about the “Indian way of seeing” in Indian art, culture and tradition that was being subverted by the pseudo-traditional Hindutva category called ‘intention of hurting the religious sentiments of Hindus by painting figures of goddesses in the nude’ – a yardstick used as a beating stick against M.F. Husain for his ‘nude’ drawing of Saraswati, where the example of the artist was used to target and isolate an entire community. 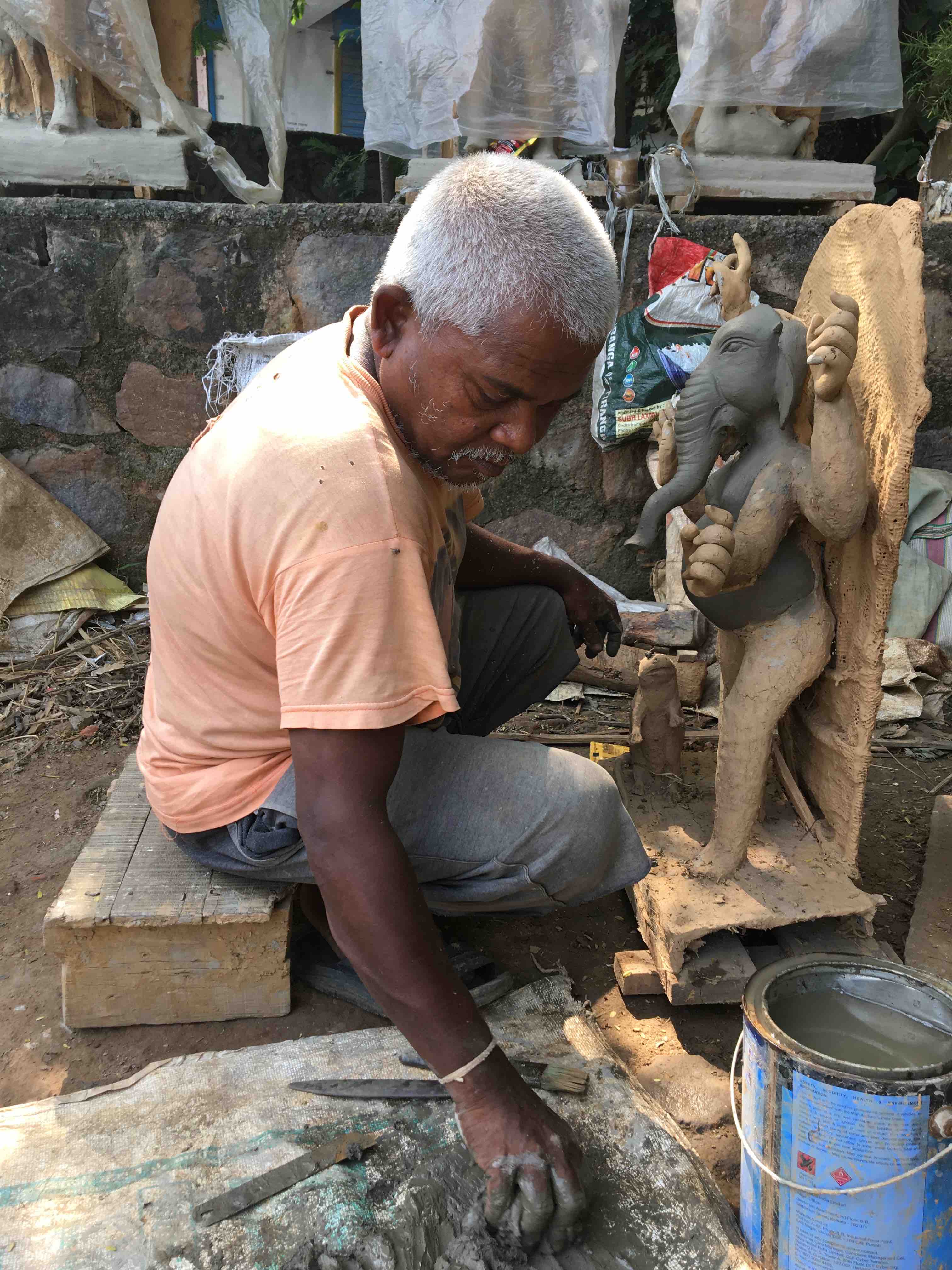 At the time, an anguished Patel had exclaimed, “What these people are doing is polluting our drishti, our specific cultural look. I have photographed many vigrahas (idols of deities) in every significant Indian museum. Not once did it cross my mind that I was photographing nudes. That is not our drishti when we are with sculptures, or with live people like, say, tribal communities or Naga babas or devotees bathing at Pushkar, or the Digambara (sky clad, possessionless) saints. I am now, without my liking, suddenly made to feel unclean. At this rate tradition and arts will soon be dirty words.” Interestingly, in an interview with this writer many years ago, well-known historian R. Champakalakshmi had referred to a naked form of Shiva, the Bhikshatana, in south Indian bronzes and paintings, sanctioned by Puranic legends and the Agamas, or canonical texts.

Decades of Hindutva propaganda in defence of the republic of hurt sentiments have blotted out the fact that there are contexts where the accusation of hurt sentiments does not apply to artistic expression. What’s more, this way of seeing is an intrinsic part of our traditions. For instance, the canonical texts lay down the rules of representation for images which are meant for worship and occupy a ritual space. Going against the canonical rules could attract a reprimand.

Scholars of Indian tradition would tell you that any representational work assumes ‘sacredness’ only when it is invested with ritual purity and installed according to accepted canonical principles, in a duly sanctified space – could be a temple, a puja room in one’s home, under a peepul tree or in a street corner. 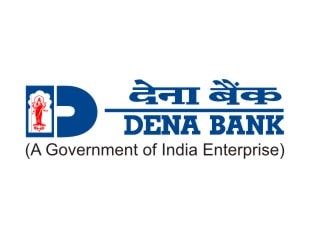 Anything that lies outside this canonical, ritual act cannot be considered ‘sacred’. This means that gods and goddesses outside of this prescribed frame are more accurately described as images of potency and potential, without being ‘sacred’ by themselves. Think of a glossy print of deities in a barber shop (or as a graphic in Jawed Habib’s hair salon), as an image behind an autorickshaw, as the ‘Lakshmi’ logo of Dena Bank, or as the mind-boggling variations of the auspicious Devi image during the Puja weeks, by advertising agencies in Kolkata papers.

To these examples add that of Mangalore Ganesh Beedies. One is yet to see someone genuflect before the image of lord Ganesha on the beedi wrapper or say that this commercial use of religious symbols is hurtful to our religious sentiments. Remember the number of times all of us have routinely tossed out greeting and wedding cards and those annoying print advertisements emblazoned with the image of deities without any pang whatsoever? Do we accuse ourselves of having offended our religious sentiments? 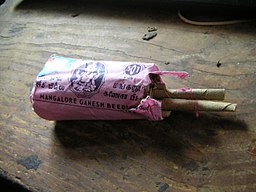 The same reasoning applies to contemporary expressions of art as well. Present-day artists are not representing a religious symbol or icon in the traditional sense; theirs is an artistic expression. Why should it be restricted by traditional canons? It would not be art then. In the present-day context a religious icon too can become a symbol. The number of contemporary artists who have subjected Ganesha and various goddesses to the rules of Cubism and other artistic movements, not the Agamas’ canonical prescriptions, is legion. They are seen as good luck images in households, to be placed along with a laughing Buddha, no more.

Some days ago, when Poornima described to me the Ganesha idol placed in her neighbourhood on the occasion of Ganesh Chaturthi, I asked her if she would bow as fervently before a Ganesha image on the wrapper of Ganesh beedi. Would she be scared that if she did not do that, someone who felt the crushing blow of hurt religious sentiments might target her? She dropped the broom and said, “Didi, do I look mad to you? You think I don’t know the difference between an image that has to be worshipped and a beedi wrapper?” I apologised profusely.

But, there, she had nailed the issue. Indians have had a long tradition of understanding the contours of different contexts and the behaviour they accordingly demand. Moving seamlessly between the sacred and profane, without feeling offended righteously, and riotously, is the hallmark of our cultural look or drishti.

Those who inhabit the republic of hurt sentiments do not see or do not want to see the irony of the situation. In the interview mentioned earlier, Champakalakshmi had pointed out that “traditional historians prefer to compartmentalise religion and political ideology. But ironically, when it comes to ‘nailing’ a modern-day artist in a society that has consciously chosen to separate the temporal from the ecclesiastical, there is a reverse tide of opinion. There is a cry to curb his artistic activity within the confines of religious belief!”

Those who are familiar with the current dispensation’s methods of mobilisation by misappropriating religious and cultural symbols know that the category of hurt religious sentiments does not arise from the Indian traditions of art or religion – it arises from a totally contemporary brand of toxic politics. What remains to be seen is whether the drishti of Indian traditions can outstare the pollution it is being subjected to.

Chitra Padmanabhan is a journalist and translator.