The energy that buoyed Girja Devi’s creativity as well as her magical execution of thumri and khayal emerged out of the mehfils.

There she was, seated in a boat on the Ganga on a moonlit night in Banaras, wearing a tanchoi sari, her silvery hair plaited in her trademark style, and her diamond nose-pin shimmering like a star. The notes of Girija Devi’s thumri echoed across the water to become a longing sigh of the Banaras that once was.

Most obituaries of Girija Devi have mentioned her association with the genre of thumri singing. They have referred to her as being the tradition bearer of the style of purabiya ang (the eastern style), which implies not only the languages of eastern Uttar Pradesh and Bihar but also the cultural ethos from where it materialised.

Girija Devi was one in a long line of luminaries who exemplified the idea of ‘Banarasi’ or purabiya ang, along with the likes of Kishan Maharaj (tabla), Bismillah Khan (shehnai), Hunuman Misr (sarangi), Anand Krishnadev (art historian), Sitara Devi (kathak), Dr. Bhanu Shanker Mehta (patron of art and intellectual), and many others. The era characterised by these personalities boasted a sensual mystique that is on the wane. 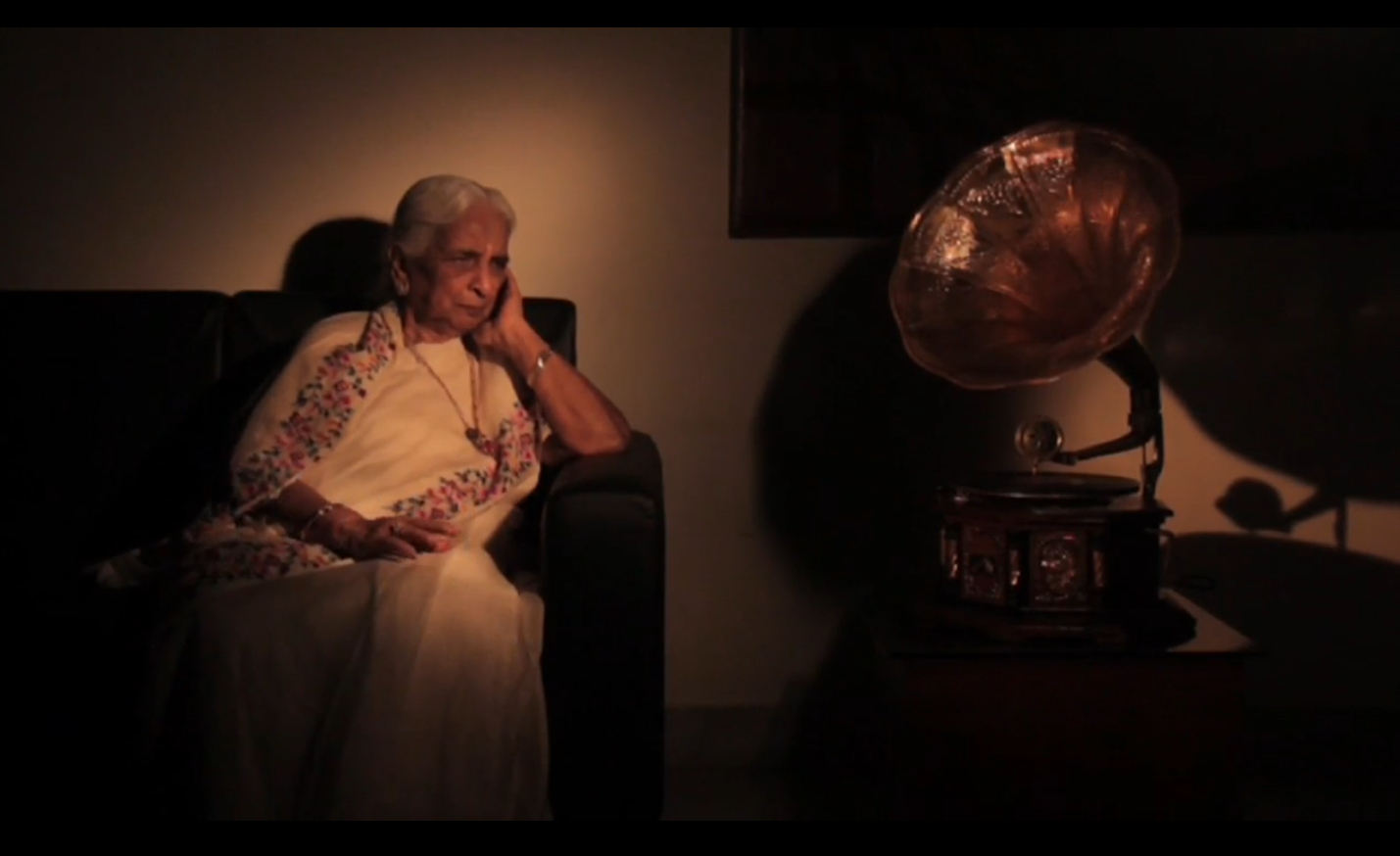 Most obituaries of Girija Devi have mentioned her association with the genre of thumri singing. Credit: Still from the documentary Girija Devi: A Lifetime in Music by Madhu Chandra, Debapriya Adhikary and Samanwaya Sarkar

The energy that buoyed Girija Devi’s creativity as well as her magical execution of thumri and khayal emerged out of the mehfils (cultural gatherings) that marked the social calendars of patrons comprising landlords, traders, professionals and intellectuals. In fact, it would not be wrong to say that the mehfil was intrinsic to the social life of all classes of people in Banaras. Mehfils celebrating the seasonal cycle, such as the spring mehfils celebrating hori, gulab bari and budwa mangal, were an important part of life. Girija Devi was a repository of compositions sung in these gatherings and captured the cultural essence inherent in the thumri purabiya ang which includes compositions such as jhoola, kajri, chaiti and hori-dhamar.

She once told me in an interview, “…while the hori-dhamar compositions capture the inherent flirtation of the idea of Lord Krishna where the performing artist paints, colours and brings out the emotion of love that rejoices in gay abandon, the rendering of chaiti brings out the sensual stretch (angdai), the yawn communicating the longing that sets in with  spring… Then comes the blistering summer followed by the relief of the rains, and the repertoire of songs comprising  jhoola ka tek (songs of swings),  jhumar and kajri celebrate reunited love…and revitalised energy…”

Her descriptions brought to mind what cultural historian Bhanu Shanker Mehta has written about the cultural gatherings organised in the bageechas (orchards) of the elite in the suburbs of Banaras. While these were usually stag parties for all seasons, women too had their own mehfils. However, the popularity of women artists was more evident in the stag parties. For the guests, narrates Mehta, “there were arrangements for bathing, eating, sleeping and enjoyment…. they bathed and readied themselves for the celebration….The participants then got down to a  group activity of making thandai and creating the bhang gola, which was worshipped before it was served to the audience. Foods matched the season. For example, chuda matar (puffed-flat rice with green peas) was the favourite food of the winter mehfils.”

Also read: Girija Devi Immortalised Both the Thumri and Herself

Many of these cultural gatherings were inspired by the mystique of Lucknow’s nawabi culture. For instance, the spring mehfil called gulab bari (gathering of roses), organised at the time of Holi, followed the custom set in the 18th century by Mir Rustam Ali, governor of the Nawabs of Lucknow in Varanasi.

Girija Devi epitomised an era gone by. Credit: Still from the documentary Girija Devi: A Lifetime in Music by Madhu Chandra, Debapriya Adhikary and Samanwaya Sarkar

For the festivity of gulab bari, a platform decorated with flower pots full of blooms was erected for the artiste. For the duration of the performance, large baskets of pink perfumed roses were continually showered both on the audience and the artist. The audience sat on thin mattresses clothed with white sheets, with rose petals strewn around them. The shamiyana that enclosed the gathering was decorated with fancy chandeliers made of light pink glass to enhance the effect of roses, and there was a continuous sprinkling of rose water on the audience as they gave themselves up to the lilting words and bhava of classical and semi-classical songs. The hori and chaiti performed by the women artists would envelop the audience in a sensuous reverie. The entire atmosphere was one of intoxication.

The compositions that were sung in these gatherings were attuned to the rainy season – the kajri, a semi-classical musical genre which is derived from kajra, or kohl, is overloaded with sensual images of maidens longing for their lovers in the backdrop of rain-clouds as dark as kohl, with the peacock’s call reminding them of their pining state. 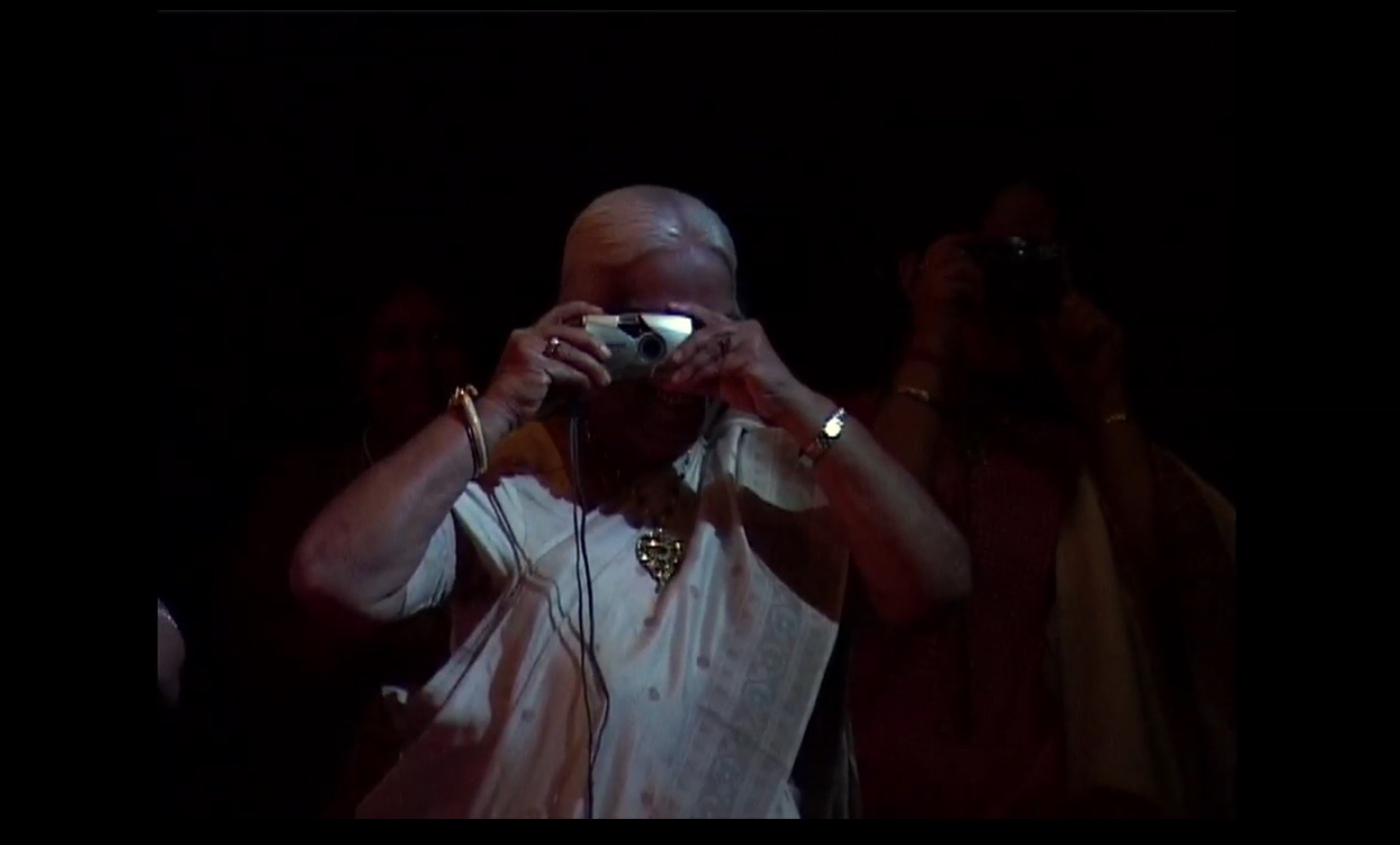 The jhoola too are full of the imagery of sensual pleasures. The women artists would sit on swings hung from trees, and perform. There is a description of the scene by a patron: “Oh! The season of kajri and sai-ils organised by Babu Govardhandas Gujarati and Babu Vrindavandas in their beautiful gardens with fountains, fruiting and flowering trees. While the swings decorated with mango leaves hung on mango trees, the talented singing ladies sat on them and sang in gay abandon, with the shehnai player standing nearby. The entire gathering would fall into a trance. The favourite foods were dal baati and kheer poorie. Days followed nights as these mehfils lasted three to four days. Bhaang was freely consumed, song upon song was sung and improvised, some new compositions…”

Yes, Girija Devi epitomised an era gone by. As the Ganga flows, one can hear her singing rangi sari gulabi chunariya re, mohe maare nazriya sawariya re (as I colour my sari with roses, my beloved shoots a longing glance at me). One knows that the depth of her fluid notes will continue to anchor the effulgent memory of Banaras, of Anandvan, the garden of delight. That is Girija Devi’s gift to her rasikas.

Navina Jafa, a kathak artist and scholar, is vice president of the Centre for New Perspectives. The above article is an edited version of an excerpt from her forthcoming book Moving Histories: World of Kathak Dance in Cities.