An Artist’s Tender Critique of Demonetisation, and Memorial to its Victims

"The handkerchiefs are also embroidered with floral motifs from the now redundant banknotes," Chinar Shah says of her embroidered handkerchiefs. "What other flowers can we offer these dead?"

Part of collection of Chinar Shah's photos of embroidered handkerchiefs of the names of individuals reported to have died as a result of the Modi government's demonetisation debacle. Credit: Chinar Shah, 'A Memorial for the New Economy', 2019 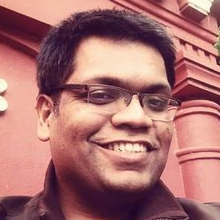 Looking outside the ecosystem of the election can bring our attention back to the people whom democracy is meant to serve. This is ably accomplished in ‘A Memorial for the New Economy’ (2019), a digital publication by photo artist Chinar Shah, and a collection of photos of embroidered handkerchiefs of the names of individuals reported to have died as a result of the Modi government’s demonetisation debacle.

Available for free download as a folder of digital images accompanied by an artist statement, this work is published by Reliable Copy, an indie publishing house co-founded by Nihaal Faizal and Niharika Peri.

Shah, who teaches at the Srishti Institute of Art, Design and Technology in Bangalore, told The Wire about “a gesture of love for those who I have never met, but who died from a system we are all a part of.”

In a country like India where lives lost to caste violence or deprivation are rarely memorialised, what made you set out to memorialise the most direct victims of demonetisation?

Demonetisation was primarily a policy decision. The violence caused was because of a government’s autocratic step to affect the economy. It was different from the other kinds of violence you mentioned. These deaths could have been avoided if the policy was implemented with more caution and care. Instead, the narrative of ‘greater good’ made up for the recklessness.

There was a lot of criticism of demonetisation in terms of how it failed its objectives, but the deaths that resulted from it were never woven into this narrative of failure. Since the success or failure was only about the economy – an abstract concept – human lives just became collateral damage.

Would you describe this work as a feminist critique? It reminds me of healing circles and public hearings initiated by women in communities asserting their agency in response to state-sanctioned brutality.

I do think so. Many women had to give up their secret savings because of demonetisation. My aunt was one – she had saved a few lakhs for years together, and finally had to reveal this to her husband. I’m not sure if demonetisation did control hoarding of black money, but it cost many women their independence and the dreams they secretly harboured with these savings. Within a patriarchal society, we definitely robbed women of their money.

I also kept thinking about the medium itself. Embroidering is seen as a domestic vocation, a ‘woman’s hobby’. This, combined with a publication that is essentially a photo album, places this work in an intimate, domestic and often feminised space.

Also read: Poor, Illiterate Women Will Be the Worst Casualty of Demonetisation

The act of embroidering a person’s name on a handkerchief is usually reserved for close friends and loved ones, but you chose this intimate art form to honour strangers, victims of a policy decision. How did your own feelings and political beliefs influence your choice of medium?

Embroidering the names was a gesture of love for those who I have never met, but who died from a system we are all very much a part of. I wanted to make a political work that was rooted in something personal and intimate. The handkerchiefs are also embroidered with floral motifs from the now redundant 500 and 1000 rupee banknotes.

We use flowers for various occasions in India, including rituals around death. I wanted to emphasise the iconography of flowers, used specifically on Indian notes and lay them side by side with the names. What flowers can we offer these dead? Only those that were used to beautify the banknotes, digitally printed and now illegal to circulate. 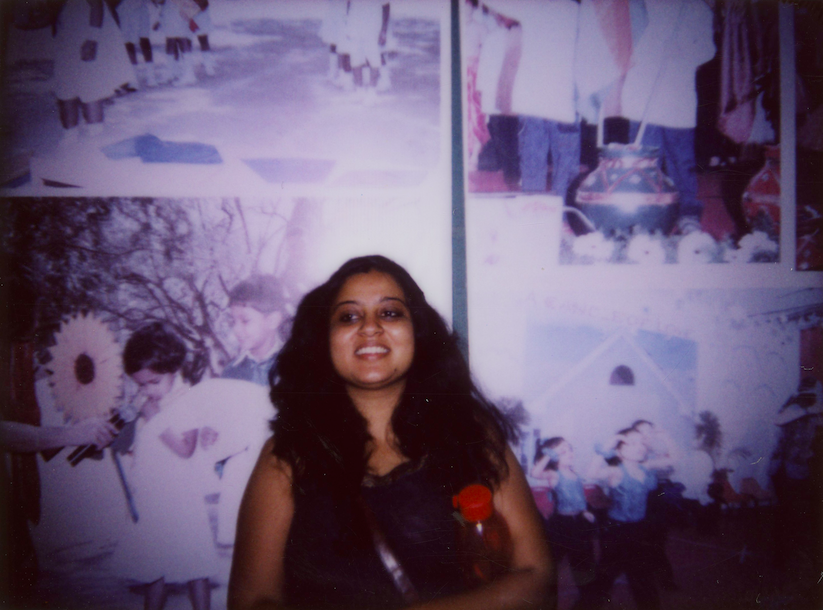 Could you take me through how you conceived and executed this project? Did you prefer a digital format because demonetisation was introduced in the context of this exaggerated enthusiasm for a digital economy?

The earlier intent was to make a physical book, in a box that resembled a memorial-object. However, that would fix the object as a memorial, and myself as the maker of this memorial. How can we have a memorial when we never mourned these deaths collectively? It made sense to have something more flexible – something open to interpretation, modification and transformation.

A printed object would have also been expensive. As a work with 121 photographs – all in colour, and with embroidery details that would have been lost if printed too small, the most important gesture was to emphasise access to it. Putting it online rid us of our printing budget so we could distribute the work for free.

We licensed it under Creative Commons, making it available for anyone to download, print, share or modify. Two versions were published – each of different file size – with the bigger one enabling high-resolution printing, should anyone choose to do so.

The intent was not to respond to the debate around the digital and paperless economy. But that does add layers to what this format could mean. 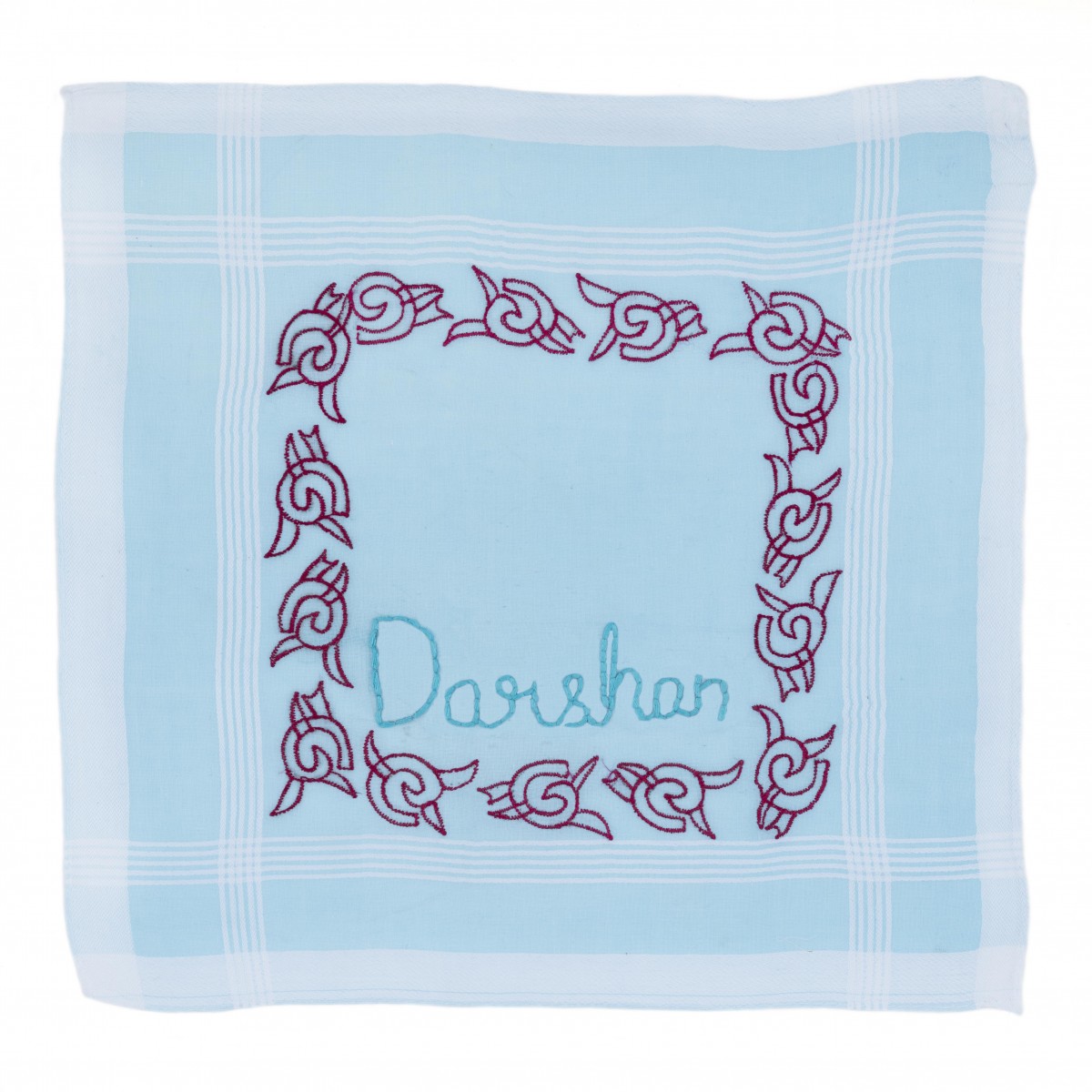 One of Chinar Shah’s photos of embroidered handkerchiefs of the names of individuals reported to have died as a result of the demonetisation debacle. Credit: Chinar Shah, ‘A Memorial for the New Economy’, 2019

Human suffering was framed as a sacrifice to justify demonetisation. How do you think your memorial could speak to families who lost their loved ones or inspire a wider conversation about apology, justice and reparations?

This is a tough question. I hope this work reaches the families, and that it will trigger wider conversations. I made it as I was deeply affected by what demonetisation had revealed to us about our own collective denialism. These deaths weren’t random accidents. People died because of direct and gross negligence.

Within a system such as ours, there can be no legal justice for those who died though these deaths weren’t sacrifices. The only way to an apology is to first acknowledge our own participation in these mass killings.

There is no official confirmation from state authorities about the actual number of deaths linked to demonetisation. What kinds of evidence do you anchor your truth-telling in?

I spent months compiling these names and then cross-checking articles and reports. Although grounded in data, the work is not statistical. It’s not an attempt to prove the truth of this information.

On the handkerchiefs, I only used the first names of the individuals, not their full names. I don’t set out to prove the reality of these deaths by serving an impersonal list of data. Instead, the work is my response to the event and its aftermath, grounded in proof of a kind, but moving beyond it.

Chintan Girish Modi is a writer, researcher and peace educator. He tweets @chintan_connect.