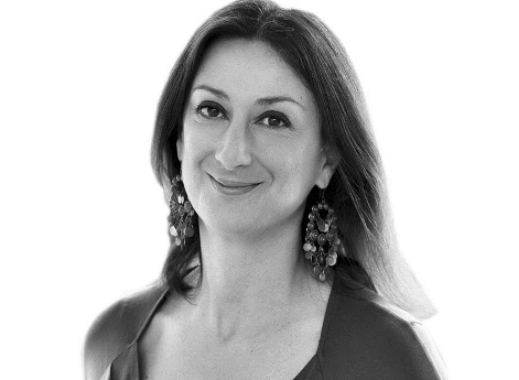 New Delhi: A group of South Asian journalists and editors on Tuesday (October 17) released a statement condemning the death of Maltese investigative journalist Daphne Caruana Galizia, who died in a powerful car bomb blast on Monday.

Caruana Galizia ran a popular blog in which she highlighted cases of alleged high-level corruption targeting politicians from across party lines. She was also the Malta journalist who was part of the international Panama Papers investigation. Politico recently referred to Caruana Galizia as a “one-woman WikiLeaks“.

Her most recent revelations looked into Malta’s Prime Minister Joseph Muscat and two of his closest aides, connecting offshore companies linked to the three men with the sale of Maltese passports and payments from the government of Azerbaijan, the Guardian reported.

The South Asia Media Defenders Network (SAMDEN), an association of professional journalists, editors and bloggers, said in their statement, “Daphne Galizia’s killing on Monday comes at a time of a clear increase in violence and intimidation, aimed at journalists and media.   The trends show shrinking space for freedom of expression amidst concerns about a climate of increased intolerance even in ‘democratic’ nations. Galizia was well-known for her fearless investigations into the Panama Papers, an issue which has embroiled many entities and individuals in South Asia and beyond.”

“Indeed, the news is relentlessly gloomy – week after week brings news of journalists abducted, jailed, prosecuted and killed. The latest incident casts a pall on the right of journalists to do their professional work without fear or favour.”

The statement, signed by director of the Commonwealth Human Rights Initiative Sanjoy Hazarika, founder editor of Himal South Asia Kanak Mani Dixit, founding editor of The Wire Siddharth Varadarajan and others, asks the government of Malta to “energetically and urgently investigate the case so that the killers are identified, caught and prosecuted”.

The fact that Caruana Galizia killing comes closely at the heels of the murders of Indian journalists Gauri Lankesh and Shantanu Bhowmick points to the “widespread incidence of such anti-media violence”, the group said.