Celebrating 11 Years of CST as a World Heritage Site 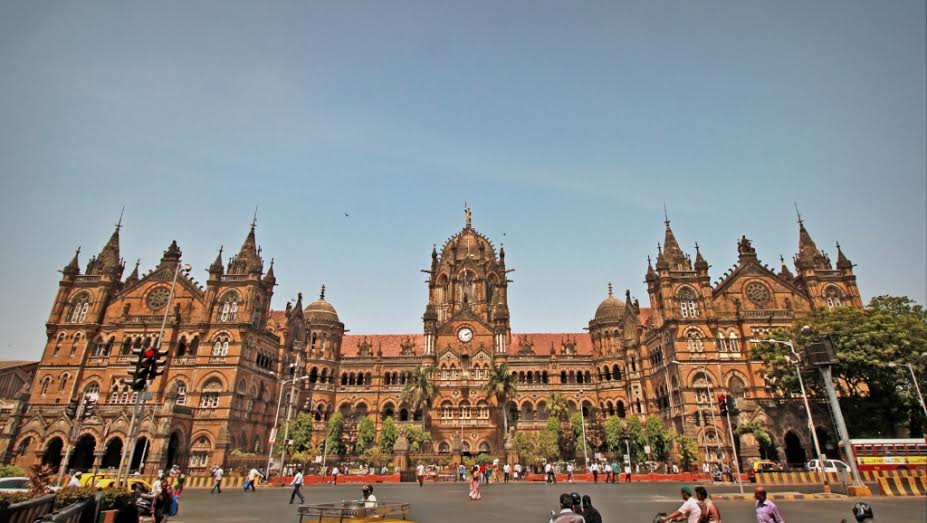 Its not just an iconic landmark of Mumbai but the most recognisable building of the city. And it has a glorious architectural history. Hemangi Kadu brings us pictures of the interiors of the Chatrapati Shivaji Terminus (Victoria Terminus) in Mumbai which was given a heritage tag by UNESCO 11 years ago. Tens of thousands of commuters enter and exit every minute – an estimated three million a day – and it has been celebrated in legend, song and cinema. In 2008, it was the scene of a major tragedy. The 127-year-old Chatrapati Shivaji Terminus, formerly known as the Victoria Terminus, still stands majestically as not just an architectural icon but a symbol of Mumbai. It was included in the UNESCO’s world heritage list on July 2, 2004.

Designed by architect Frederick William Stevens in a Victorian Italianate Gothic revival, the building incorporates many local influences. The overall design bears a striking resemblance to the St. Pancras Railway Station in London. The Great Indian Peninsular Railway started the construction of the building in May 1878 on the Bori Bandar area on the eastern shoreline of Mumbai—it took 10 years to complete.

The building is a fusion of a variety of architectural features and references: Italian architecture (the arches from the Doge’s Palace), high Victorian gothic like long spires and strong vertical lines, medieval touches like turret towers, and traditional Indian architecture seen in its deep corridors. Whimsical motifs of local flora and fauna have been added, some by local craftsmen. The materials used are also a blend of yellow sandstone, limestone, red sandstone and high quality Italian marble.

Students from Mumbai’s famous J J School of Art worked on the magnificent balustrades for the grand staircases. During the construction of the Victoria Terminus, the students were guided by John Lockwood Kipling who was in-charge of teaching architectural ornamentation at the school. Though the school of arts primarily instructed the students in European style, he felt the need to develop an appreciation for indigenous art as well. Thanks to his influence, much of the ornamentation on the CST building shows local flowers and birds, animals and reptiles, including monkeys, goats, snakes and lizards. One example is the decorative imagery of a peacock on the tympanum of one of the windows. There are several gargoyles all through the façade of the imposing structure.

Apart from the representation of flora and fauna, the building also has portrait roundels of human faces, like the busts of Indian philanthropists and British officials of the Railway company, who were involved in setting up the Terminus. It also has friezes showing different communities in India, which highlights the typical classification style of early 19th century British India.

The C-shaped plan of the building is symmetrical and offers a beautiful courtyard space in the front. Two of its exceptionally marvellous interior spaces are the waiting hall in the North Wing called the Star Chamber (now a space for booking tickets) and the principal stairwell with its royal staircase topped by the octagonal ribbed dome. The Star Chamber is embellished with Italian marble and the vaulted ceiling is decorated with colours like cyan, yellow and pure gold. The principal stairwell is a visual treat with its enormous height, intricately carved pendentives, light entering from the multi-coloured stained glass windows, and the wide staircase with an elegant wrought iron railing.