Despite support from the Bhutan king and others, elderly rural women tagged as 'poison givers' have a hard time convincing others not to treat them as outcaste. 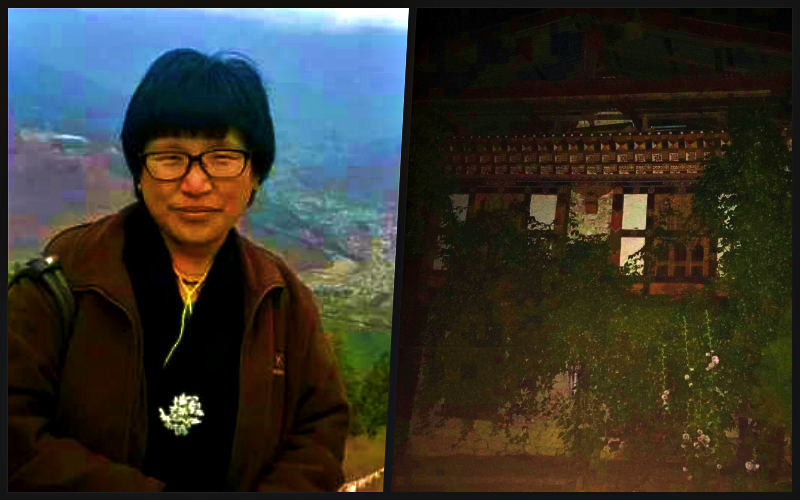 Lhuentse, Bhutan: In the remote village of Jalang under Minjay gewog in Bhutan’s Lhuentse lives Tsheringmo, 48. She is a social outcast – the other villagers believe she is a ‘poison giver’. People don’t eat at her house or allow her to visit them. When she couldn’t deal with the stigma anymore, she boldly approached His Majesty Jigme Khesar Namgyel Wangchuck, the king of Bhutan, during his visit to Takila in 2016, sharing her grievances and suffering. The king drank from her hand, sending a strong message. But things didn’t get any better; people continued to talk behind her back.

When she met the king, she said, some of the villagers made fun of her while others, close friends of hers, were crying because they pitied her. She had been patiently waiting for the king’s visit, as she felt that it was only he who could help and tell the people that she is not really a poison giver.

“I was content after meeting His Majesty. Though my situation did not improve much, I am happy that I served ara (locally-brewed alcohol) to him. I was pronounced free of the tag ‘poison giver’ and this was a relief for me. There were many people witnessing the event, even people from my village were there. My conscious is clear,” Tsheringmo said.

Sharing her story with The Wire, Tsheringmo said, “Everything started with rumours, villagers gossiped about me being a poison giver. At first I ignored them but after some time I could no longer take it. People stopped coming to my house and did not eat from my hand. They branded me as a poison giver. Villagers don’t even come to help us in the field. In my own village, I was an outcaste and my people became strangers. They ignore me as if I am invisible or have committed a great sin.”

She is still confused about why the villagers are labelling her a poison giver. She said she has done everything to she can eradicate this stigma – visiting religious places and performing holy rituals time and again – but all in vain. When she confronted the villagers, each of them responded saying they had heard the rumours from another person. It was a blame game, which made it difficult for her to trace the source. Without that, she wasn’t sure how to go about discrediting the rumour. “I am feeling so helpless and I do not know what to do also. This stigma has traumatised me so much so that I feel like ending my life, but I have to think about my four children,” she said, her voice wavering.

Tsheringmo said her greatest fear is what will happen to her children after her death. She fears that her children will also be stigmatised because of how she is perceived in the village. Even her late mother was branded with the same title.

Angry at the thought of her children going through the same ordeal, she said that nobody had ever died after eating from her hand. In fact, when the villagers need help or things to borrow, they go to her place. On those occasions, they will also eat her food. But at all other times, they will continue to ignore her.

Tsheringmo said that in Lhuentse, if a woman is beautiful or wealthy, people usually create rumours and defame her character. “I am neither beautiful nor rich, but still they are defaming me with these allegations,” she esaid.

The superstitious label has devastated Tsheringmo, so much so that she wants to leave the village and settle somewhere far away from these people. “I want to leave this village, but the situation does not favour me. If His Majesty visits Lhuentse again, I want to request him to arrange for my resettlement and live a peaceful life with my family,” she said.

Tsheringmo is illiterate and frequently ill. There is no one to look after. Her husband, a farmer, is busy in the fields while her children are still studying. While their elder daughter is married and settled in Paro, another daughter had to drop out of school after class ten to look after her mother and give her company at home. Tsheringmo has three daughters and a son.

Her only wish is to get rid of the title bestowed on her by the villagers. “I do not want my children to go through what I am experiencing now. It is really a painful experience,” she said.

Tsheringmo said that she has faith in her god and she firmly believes that he will get her justice.

Minjey gup (the local elected representative) Tashi Norbu said, “I am very well aware of the issue but there is little I can do for her and her family, since no one came forward to complain about the issue, including Tsheringmo herself. When there is no complaint, I am helpless. However, on a humanitarian ground I have been telling villagers not spread the rumours or talk about the issue.”

He also said that if she comes to him to lodge a complaint, he is willing to help her. But she does not have any concrete evidence against the villagers – the discrimination is embedded in her life as opposed to brought out in particular instances. “I myself couple of times have eaten from her hand and nothing has happened to me. I am a living example that this is a myth, if she really was a poison giver then by now I should be dead,” he said, laughing. There is no record of a death in the village due to a ‘poison giver’, he confirmed.

Not the only case

In 2009, Tashi Wangmo, in her mid-60s and from Yongpaling Gonpa in Metsho gewog in Lhuentse, had also approached the king out of a similar helplessness. She was ostracised by others in her village for being a ‘poison giver’. His Majesty drank the local ara she served, freeing her from the superstition that had accused her family.

Local metsho gup Gembo said that after the king drank from her hand, her life changed. People started to mingle with her without fear, eating from her freely. “Now she is no longer ignored and attends public gatherings without any hesitation,” he said.

He said that he did not believe in such superstitions and thinks poison givers do not exist. “It is a man-made belief and it is high time that people stop believing in such myths,” he said.

Both these incidents reflect how so-called poison givers are pushed to the fringes of society and forced to live miserable lives. Theirs is a pertinent social and cultural issue, highlighting the plight of women in the rural areas. There is not much research done on poison givers or the laws against stigmatisation and discrimination. While there are many people who believe that it is just a myth, rumours have turned this myth into a harsh reality for many elderly women in Bhutan.

Talking to The Wire, Karma Phuntsho, founder and president of Loden Foundation, said, “I don’t know the history of the poison givers. I suspect the culture is pre-Buddhist and rooted in the Himalayan concept of wangthang and lungta, and the extraction of these qualities by a person from another person who possesses them.”

He said the belief in certain communities in the Himalayas is that if some people are given poison, then the giver can extract the prosperity and power of the recipient.

There are definitely people who believe that poison givers are real – but there are people out there who are hoping to fight this stigmatisation based on superstition. Bhutan isn’t the only part of the world that sees elderly women stigmatised as dangerous – the whole idea of ‘witches’ across the world being ostracised follows from similar superstitious beliefs. In early modern Germany, for instance, poor, elderly women – particularly those who lived alone – were routinely labelled ‘witches’ and treated as dangerous outsiders.

Tshewang Samdrup, a 30 year old based in Trashigang, said that he had ate and drank from two different ‘poison givers’. “I never believed in such a myth and to prove to my friends that it is just a man-made practice, I ate from a woman who is a shopkeeper in Sakten. I was warned by the villagers not to eat anything from that woman but I did and nothing happened,” he said. During his recent visit to Jalang village in Lhuentse, he said that he drank three cups of suja (buttered salted tea) from a ‘poison giver’. “If poison givers are real, I should be dead by now. It is really sad that it is mostly women who are tagged with such a title and their whole family suffers because of random myths,” Tshewang said.

Pema Dechen, a recent graduate from Sherubtse College, also drank tea from a woman who was branded a ‘poison giver’ in a village in Lhuentse. Today, she is very much alive and is preparing for the preliminary civil service examination.

Tempa Dorji, member of the National Council from the Lhuentse constituency, said, “I do believe in poison givers but do not discriminate against them. I have visited a couple of houses of poison givers and eaten from their hands, but nothing has happened so far. My only concern is the stigmatisation of multiple generations.”

He said it is difficult to say whether their existence is a myth or reality. Both the government and the victims of discrimination should work together to curb the problem, he said. “It is not a responsible of the government alone, there should be effort from individuals too,” he added.

He also believes that advocacy through movies can have an impact on people, especially those living in rural areas. “These issue needs to be looked into, but how is the question. There is no scientific justification as such and nobody cannot prove it either, it is a traditional belief which has been passed down from generation to generation,” he said.

Chencho Dema is a journalist based in Thimphu who works for Business Bhutan, where this article first appeared.