Artist Who Paints About Kashmir Alleges Facebook Block After Being Trolled

"This blockade is nothing but a gag on my work, my freedom of expression." 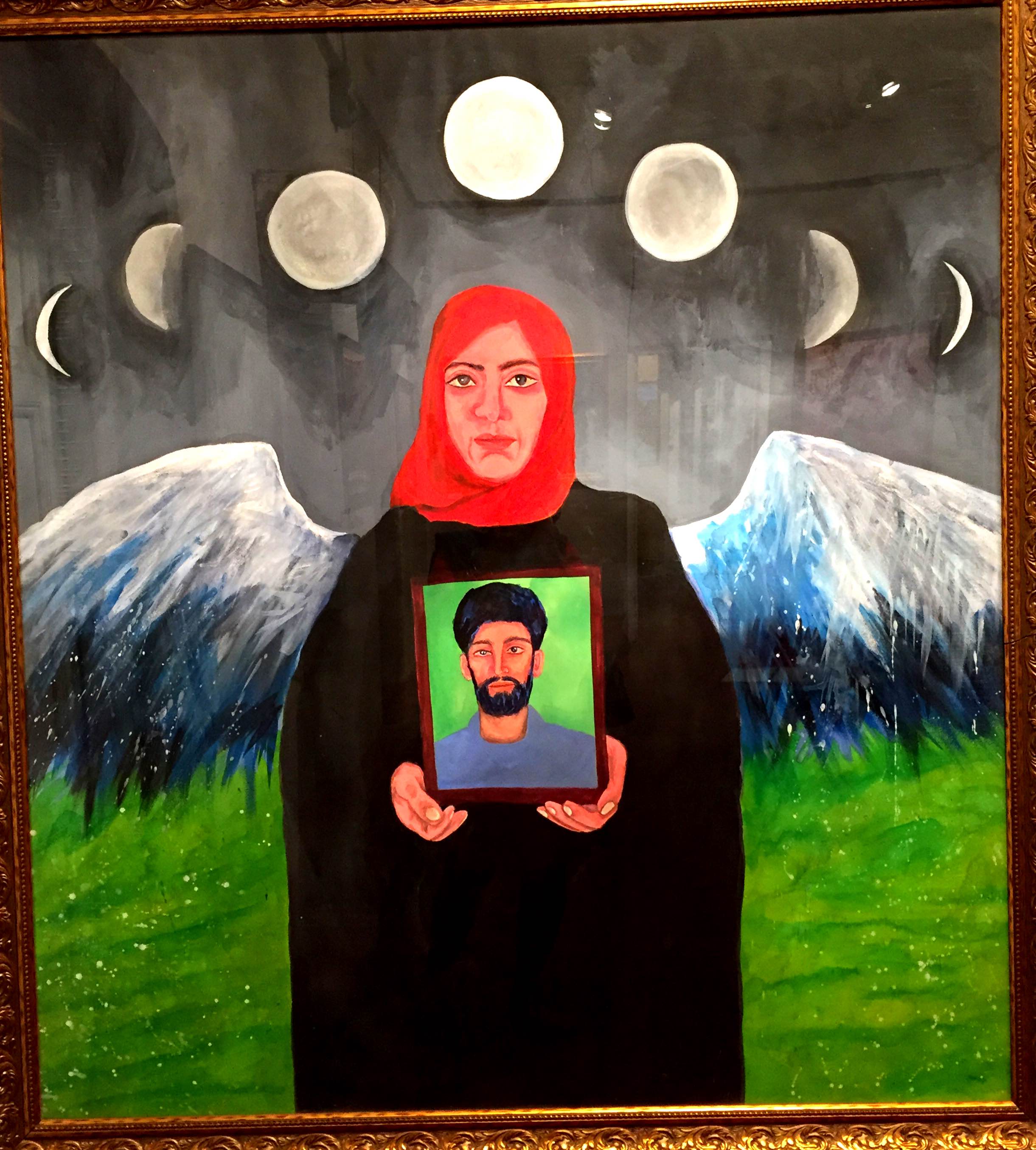 Smita Chakraburtty
Culture
The Arts
03/May/2017

Kolkata: Baroda-based artist Rollie Mukherjee has been blocked by Facebook, which she thinks is because her works are about the people of Kashmir and their struggles. Mukherjee, who has been travelling around the country to exhibit her work and “spread awareness about the situation in the state” has been locked out of the social media site since April 29. In solidarity, her friends are posting and sharing her paintings on their pages.

“Each time I try to log in, Facebook keeps asking me to submit an ID proof. I find it strange – why would I try and fake my identity? This blockade is nothing but a gag on my work, my freedom of expression,” Mukherjee said.

The apparent blocking came after a couple of months of constant trolling. “A group of people would gang up against me. Sometimes they would openly abuse me in their group discussions while constantly tagging me in those discussion. I would block them but new groups of people would appear and repeat the activities, there was a pattern to it. These groups of people had newly created profiles and came with hazy profile pictures, I feel they were mostly fake ids.”

The artist said she suspected that many people may have complained about her and this could have led to Facebook shutting down her page. “Facebook should have rather verified their IDs instead of mine, since they were being openly abusive.” Several attempts by The Wire to contact Facebook for a response were unsuccessful. 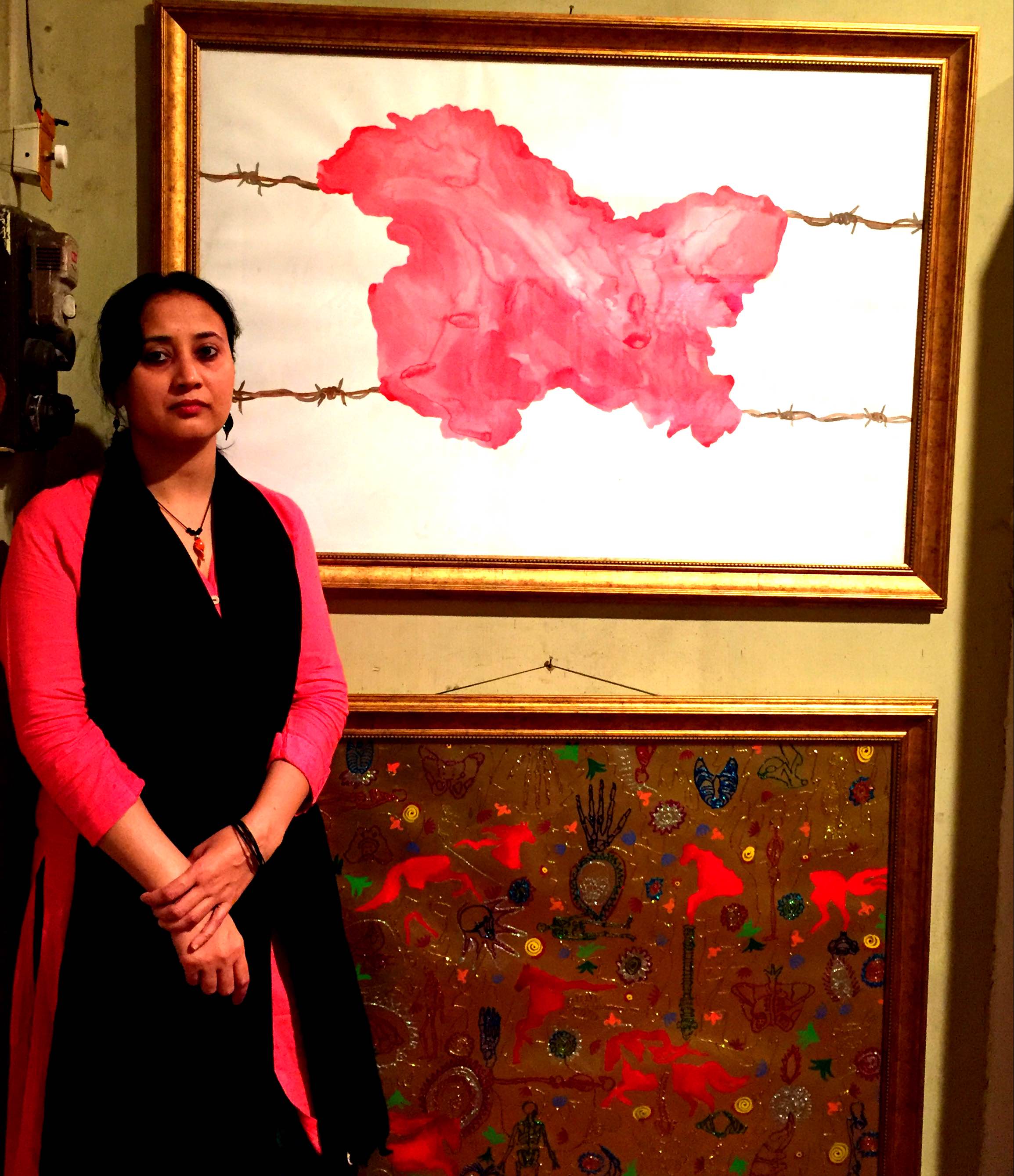 Baroda-based artist Rollie Mukherjee with one of her works. Credit: Smita Chakraburtty

Mukherjee’s works use women as an agency to express the anxieties of the Kashmiris. “Women play a dominant role in my paintings – half widows, mothers silently sitting on a protest with picture of disappeared sons, month after month, year after year. These visuals disturb me and I try to bring them out in my paintings.”

These were sufficient for angry trolls to go after her. “They would comment about me on their walls and call me names, ‘anti-national’, ‘what about our jawans dying’, etc. Last month a person wrote to me claiming he is a researcher and asked me to fill up a questionnaire. On looking closely, the questions were actually asking for my personal details, as in where I stay, my phone number, who all are there in my family, does my family hold similar views to mine, how do I fund my work, etc.”

It is not just the paintings but also her posts that apparently got the trolls angry. “I had posted against the incident in Kashmir, where the armed forces had tied a man to the front of a jeep to use him as a human shield against the stone throwing crowds. I found the incident dehumanising, a new low. After that, the harassment increased manifold and then within days I was blocked from Facebook.”

“I find this blocking by Facebook problematic, because I have my freedom of expression and I wasn’t using the social media to abuse anyone.”

Mukherjee had moved from Shantiniketan to Baroda in 2002 when the “Gujarat riots happened. I was a witness to those horrors. Times suddenly changed, and I was experiencing the change within my everyday life. My land lady would ask me to wear a bindi and avoid wearing black dupatta or salwar. I shifted to another locality hoping to avoid the sudden polarisation and Islamophobia that I was witnessing in my locality. I have closely observed these events and these events have shaped me as an artist. The disturbing visuals that pour in from Kashmir have shook me to my core.”

Mukherjee has held several exhibitions and found many visitors have a cathartic reaction to her works. “I have seen people break into tears.” She feels Facebook allowed her to interact with people from different backgrounds and she would like to be on it. “But the trolling and abuse must stop.”