'Ugly and Full of Technical Faults,' Says Original Assam Tourism Logo Designer of the New One 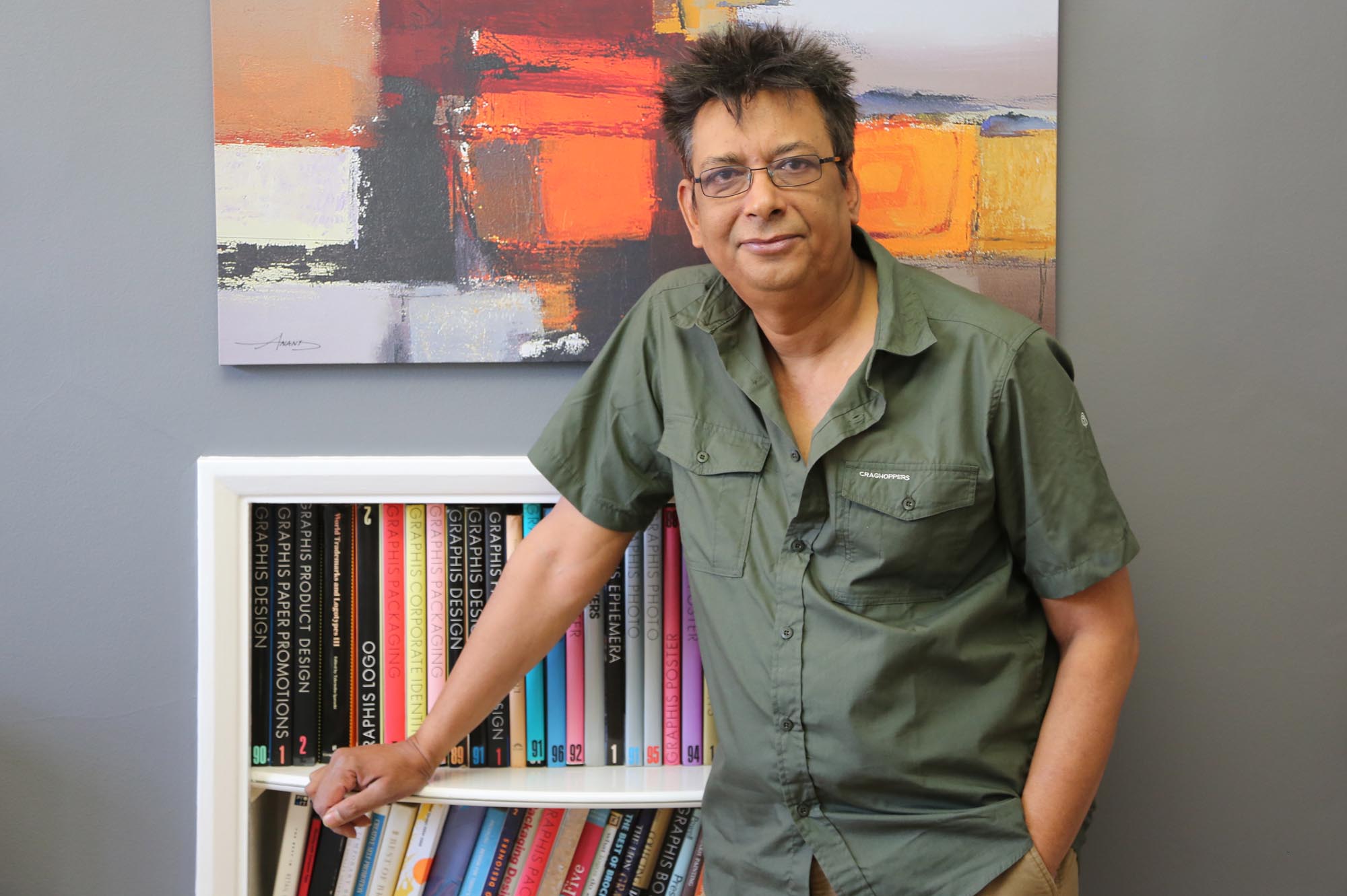 New Delhi: Since the Assam government launched a new logo for its tourism department last September, there has been widespread public outrage, particularly on social media, over the “lack of creativity” of a Delhi-based graphic design firm that the government hired for the campaign.

In the months since, the controversy surrounding the department’s move to “reinvent” itself with the logo – “Awesome Assam” – has only increased.

First, with the decision to rope in Bollywood actor Priyanka Chopra as the ambassador for Assam Tourism by reportedly spending public funds worth Rs 15 crores. Even though Anurag Singh, the managing director of the Assam Tourism Development Corporation, later denied paying her that amount, the public outrage has remained.

Then, in early March, yet another bout of public disappointment surfaced with the department launching its advertisement for inflight magazines with the tagline, ‘Naturally Wild, Kyun Ki Yeh Assam Hain’. Many felt the tagline would further reinforce the general impression in mainstream India about the people of the state – and the Northeast – being “wild”, meaning “uncivilised”. 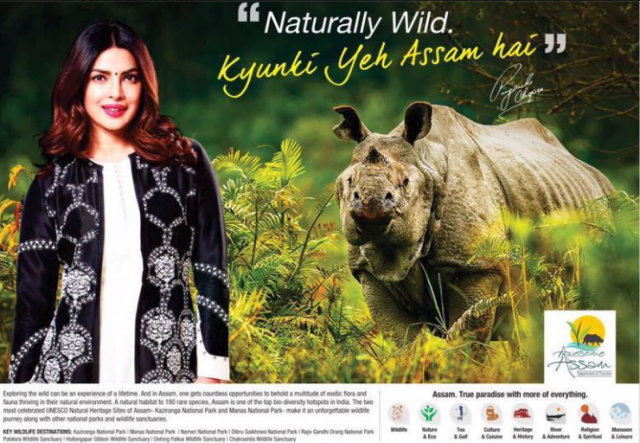 With the hullabaloo over the logo and the tagline continuing in the state, The Wire caught up with Amulya Baruah, who designed the first logo for Assam Tourism. A familiar insignia of the department since the late 1970s, it features the one-horned rhino in a simple yet bold format.

Besides elaborating on what led him to design the first logo for Assam Tourism while he was a graphic design student in Mumbai, Baruah, now based in London, also addressed the question being asked by many in the state these days: So what could have been better, both in the logo and in the inflight advertisement.

So how did you end up designing the first logo for Assam Tourism? Which year was it? Were you not a student then?

The creation of a logo for Assam Tourism is an interesting story.

The year was 1978. It was in my final year at Sir J. J. Institute of Applied Art, Mumbai, where I was studying graphic design. The final year project was to create a new brand identity and a full-fledged advertising campaign for a speculative client of the student’s choice.

While most of my classmates had chosen big brands, I zeroed in on Assam Tourism. The main reason was: Assam was totally unknown to the people of Mumbai those days. The common perception there was that Assam was a jungle and many people live in tree houses. This used to upset me a lot. So I thought, if I could design an effective advertising campaign, I would take it the Assam government and it could possibly use it through its tourism department to educate people about the state as well as attract tourists. So it was not just another college assignment but also something much more important to me, as this would really help my state in the long term.

The rhino in the logo you designed is the prominent figure, rather the only figure. Though Assam has other natural wealth, like tea, oil, coal, the Brahmaputra and also cultural symbols like the Bihu dance, the Kamakhya Temple, what made you pick only the rhino as the prime feature for Assam Tourism? Would you run us through what was in your mind then?

A brand logo needs to be extremely simple and minimal to be most effective. The logo also should have something unique to be able to remain in one’s memory. Ideally, it has to pinpoint at just one element or object, so that once seen, it is never forgotten. For example, the Maharajah symbol for Air India. Although India has many other attractions, the Maharajah symbol had turned out to be most unique, hence it became a very popular logo for decades.

In the case of Assam, I zeroed in on the rhino after doing a systematic research on the subject. I visited Assam for about a month to discuss the matter with several Assamese intellectuals, artists, teachers, friends and people from different professions. I also discussed it with the then directorate of Assam Tourism. Although Assam has many attractions, for example, the Bihu dance, temples, ancient monuments, crafts, flora and fauna, birds, butterflies, animals and picturesque landscapes, none was too ‘unique’ compared to the one-horned rhino, as it was only found in the Northeast. Therefore, from the tourism point of view, the rhino had the most potential to attract people, not only from other parts of India but also from anywhere in the world. Once I returned to Mumbai, I had discussions with my college professors, who also suggested the rhino as the symbol I should pick for Assam Tourism.

You have to remember that a brand logo acts like a key, which opens the doors to the bigger picture through various media, such as press advertisements, posters, calendars, hoardings, TV advertisements, etc. So, I had designed a series of adverts (those days there was only the print medium) highlighting Assamese cultures, including the Bihu dance, costumes, Assamese jewellery, wildlife, landscapes, Ahom monuments, Kamakhya, etc. Unfortunately, Assam Tourism did not publish them due to lack of funds, although they had bought all those items from me, including the logo, for Rs 22,000 at that time.

The lines you use in the logo are pretty thick. Why did you use such a font?

I decided to create the shape of the rhino in the simplest form which is unique even today. I used only straight lines and angles to reflect the power and the strength of this gentle animal. Thereafter, I designed the font in a unique style too, which blended beautifully with the shape of the rhino. Together, these two elements became one and inseparable. Needless to say, there were no computers those days and every element was drawn by hand.

My professors loved it since it fulfilled all the criteria of graphic design. It was simple, modern and memorable. When the college exam results were declared, I was happy to find my name among the top three in the list of all the graphic design students of colleges in entire Maharashtra.

Thereafter, I visited the director of tourism in Assam. He and his senior colleagues loved the work and decided to buy the entire set of advertisements off me.

The Assam Tourism has come up with a new logo and a new print advertisement featuring the recently chosen brand ambassador, Priyanka Chopra. There is also a rhino in it, with the tagline, ‘Assam, Naturally Wild’. However, there has been widespread public criticism of both the logo and the advertisement. Do you think they could have been better?

First, let me talk about the new logo. As a professional designer with over 30 years of experience in the international arena, I must admit that I was most disappointed with whoever had chosen it. Anyone who has even very little knowledge of graphic design would flush it down the toilet, as it in not only ugly but is full of technical faults.

I would point out a few of these for your readers here:

What do you think of the advertisement that features Priyanka Chopra?

It is equally poor in design. After seeing it, I had the following observations:

My suggestion to whoever had designed that advertisement will be: Take the actor to Kaziranga and click a few shots in action, such as while taking an elephant or a jeep ride, feeding milk to a baby rhino, etc. That will be much more engaging and attractive. She can wear an outfit that suits a jungle safari. 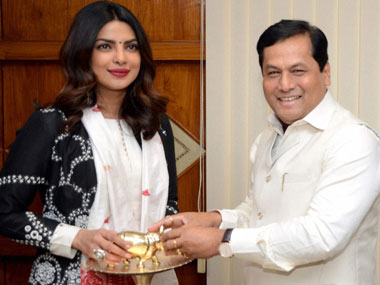 Also, there should be other advertisements done with her, for e.g., joining a few Bihu dancers, offering prayers at the Kamakhya Temple, riding a boat watching the sun set by the Brahmaputra, etc.

I feel there is still time and opportunity to turn it around.

So what do you do now in London?

I left India in 1982 and set up my own design company in London.

I am involved in branding, product design and graphic design for clients in not just the United Kingdom but also in France, Austria, Belgium, US, Canada, Brazil, Saudi, UAE, Israel, Singapore, etc. My most recent assignments included perfume designs for the Warner Bros.

I also do product branding in India. There, I had designed branding and packaging for IndianOil (Servo) as well as for Fevicol.

No more brand designing in Assam?

Yes, I did one in Assam too, some years ago. I created the brand identity for NRL (Numaligarh Refinery), which is liked by everyone in Assam. I feel blessed knowing that I am the first and the only Assamese graphic designer at the international level for the last 35 years. Although I have been away from Assam for so many years, home is where my heart is.