The 'Adopt a Heritage' scheme by the tourism ministry is ambitious, poorly conceived and done in haste. One way to overcome this is to first address cultural heritage instead of tourism-related issues. 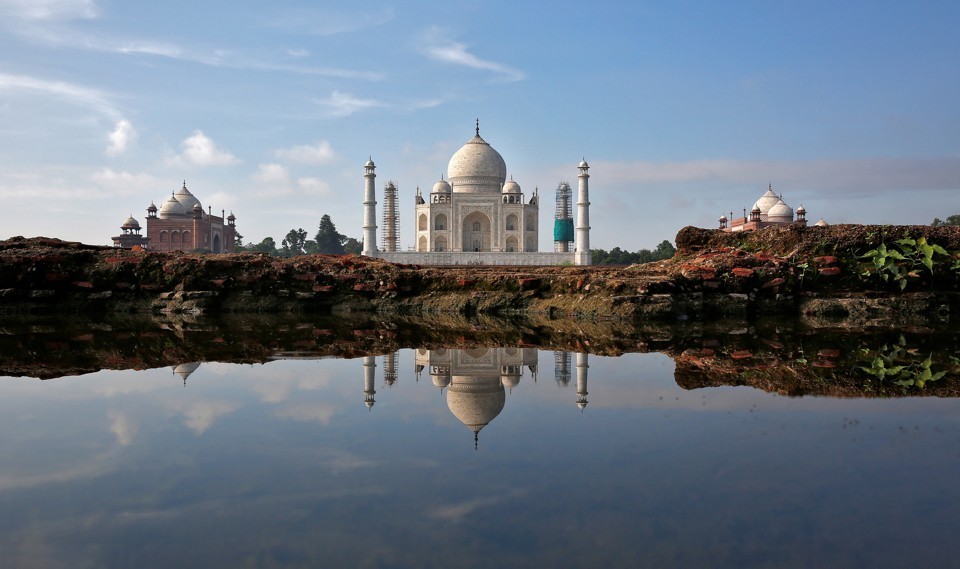 The disjunction between the Taj and the historic unorganised and delinked city has increased with the coming of the Yamuna Expressway and has resulted in the loss of a colossal number of tourists who do not want to engage with the culturally rich city of which the monument is an integral part. Credit: Cathal McNaughton/Reuters

Much has been said both against and in defence of the recently launched Adopt a Heritage scheme by the Ministry of Tourism in partnership with the Ministry of Culture, Archaeological Survey of India and a fourth party called Monument Mitra (in the form of private entities). This programme addresses issues related to heritage that are internationally defined as tourism and visitor management. The UNESCO World Heritage Centre in January 2018 discussed tourism strategies, planning and management frameworks to protect heritage environments, engaging broad sets of stakeholders and empowering local communities.

Similar initiatives by governments motivate various civil society groups to participate and increase public ownership. The criticism by many in India is not about corporate participation but that the very content (heritage) is in disorder, and unless its management is carefully worked out, the entire scheme of Adopt a Heritage is like putting the cart before the horse. And though the privatisation of the management of heritage sites has happened before, is it not time to learn from the past to create a present to ensure a healthier future?

The gaps and where to start

India has no cultural policy because of the disjointed manner in which the issue is addressed. For example, the intangible cultural heritage of acrobatic performance is perceived as a circus art and is addressed by the Ministry of Sports. While tangible heritage such as monuments come under the Ministry of Culture, the very skills, processes and crafts that create the buildings come under the Ministry of Textiles. Another anomaly is that while heritage (monochromed as built monuments) is on the state list, tourism does not feature in the state, Union or concurrent list.

As a result, the present scheme has led to resentment from the BJP government of Goa. Goa archives minister Vijay Sardesai has said, “Monuments, including Basilica of Bom Jesus, have been listed for adoption by private players. The Goa government is completely in dark. …It is not just a place of cultural importance but also has religious significance. …Experience with Delhi (the Central government) has been that they come with a small thing and then they take over your whole asset.”

Hiatus in the scheme

The tourism scheme is not merely of an ambitious scale (100 monuments for adoption) in an untried area but has been done in haste and is poorly conceived. To begin with, the apex body – the Oversight and Vision Committee – comprises three generalist bureaucrats and only one representative from a cultural organisation – the director general, ASI (not necessarily a specialist, often an IAS official). In a frenzy to increase footfall at heritage sites, the government has gone into the scheme without adequate preparation or consultation with subject experts. No monument or site lives in isolation, it is a part of a larger ecology of geographically and culturally sensitive zones. It is not for generalists to address cultural heritage, but subject specialists without whose participation the cultural heritage framework and tourism management will remain faulty.

The action timeline given in the minutes of the first meeting of the Oversight and Vision committee (October 5, 2017) reads – the shortlisting of proposed Monument Mitra is to be done within a week of the advertised Expression of Interest that the party will get two weeks to furnish the Vision Bids. (The vision statement produced by any Mitra is crucial – the two week period is inadequate for each proposed corporate to create a detailed timeline and exact proposed action plan for the adoption period and thereafter.) Within a week the MOU will be signed with the Mitra after which they will be granted the No Objection Certificate within five days. The site then will be handed over within a week of approval by the Government. Bang-bang, done.

The documents fail to communicate the importance of using local resources and skills in the creation of amenities, or any reference to empowerment and involvement of local communities, local state government bodies and even the environment in which the site is situated. The scheme is repeating the mistake made in the case of the Taj, which is isolated from the cultural geography of Agra city. It does not invite the Mitras to address better amenities in and for the environment in which the heritage sites exists. The disjunction between the Taj and the historic unorganised and delinked city has increased with the coming of the Yamuna Expressway and has resulted in the loss of a colossal number of tourists who do not want to engage with the culturally rich city of which the monument is an integral part.

In the hurry to execute the scheme, much has been overlooked. In most regions in India, tourism is seasonal, and the impact of uncontrolled tourism can unleash disequilibrium. The question is about creating sustainability for local people and environments for the rest of the year. An important instance is the geopolitically delicate case-study of the Pangong Tso lake of Ladakh, which, after the film 3 Idiots, has seen an astounding rise in the number of tourists. This has adversely impactied the Changthang Wildlife Sanctuary (which is close to the lake) – tourists, for example, have been throwing plastic littering the environment and are feeding animals unsuitable food.

It is also for reasons such as this that the alert local communities in Kaziranga National Park in Assam have resented the scheme. For several years, there has been pressure by the government for communities living inside the sanctuary to move out. Some private players to go along with the initiative have engaged with local communities in conserving habitats and animals. The most inclusive has been by the Krishak Mukti Sangram Orchid and Biodiversity Park inside the sanctuary itself. The declaration to include four sites as part of the adopt a monument has been resented by KMSS and other organisations such as the All Assam Student Union who are of the view that if the ASI and other government entities are unable to manage the heritage sites they should be handed not to private parties but to the people themselves. The Biodiversity park is a success story of such an initiative.

A significant part of the scheme which needs to be readdressed is handing over to the Mitra the interpretation comprising audio-visual guides, light-sound shows and other tourism material. The Heritage Council, New South Wales in its Heritage Interpretation Policy states that interpretation is an integral part of conservation that constitutes management of heritage sites and their environments. It is fundamental to an ongoing process of research and analysis of constantly changing heritage landscapes. Interpretation allows meaningful engagement and sense of public ownership, and is not only about recounting histories. It is about curating experiences and displays that engage with multiple perspectives of specialised knowledge and dynamic realities of the concerned heritage ecology. India has a host of experienced professionals who need to be engaged in the scheme. The challenge for Mitras will be to organise all-inclusive tourism and visitor management facilities and experiences which address disparate categories of visitors.

In Khajuraho (also up for adoption) there is a stunning sculpture titled ‘Homage to the Unknown Sculptor of Khajuraho’. This should make us think about the issue of branding. The idea of putting names is not a part of ancient Indian culture, since association with heritage is perceived as an offering, an obliteration of identity and desh-seva. Homage to the Unknown Sculptor of Khajuraho.

Frameworks of cultural heritage have to be first addressed instead of tourism-related issues. Several experts have suggested that a pilot be launched at a non-World Heritage Site; but since the scheme has moved forward, it might be best to see how the present issue can be addressed. The government must insist on engaging professional teams in not all but one pilot programme. Without any cultural policy or any institute/department of cultural management, we cannot afford to play with a legacy of meant to be preserved for posterity. There is an immediate need to revamp the overview committee and engage professional consultants working on various aspects of heritage.

Strategies for factoring in the involvement of Mitras to address not just sites but entire cultural geographies of sites/monuments need to be evolved as part of the scheme. Going by the precedence of the government of India, usually project proposals, in this case the vision document (which is not yet public) surely must be greatly detailed. They must entail timelines, involvement of a larger number of stakeholders, detailing building cultural experiences of different levels so that all visitors are able to benefit from the new scheme. However, the vision documents must give priority to use local material and traditional skills in the creation of the amenities. The indemnity clause needs to be revised since the private party cannot be let off if they do damage to the sites while creating public displays or amenities.

To assist greater impact of the work done by the proposed Mitras, the government must invest in the creation of a heritage police so that visitors can view all parts of heritage site (today, three-fourths of the Red Fort and Agra Fort are closed to common visitors.)

And finally, now that the scheme is deliberated, it is important to use this as a starting point to reorder ways to address the colossal capital of heritage resources of India by developing a sound cultural policy which feeds the goals of sustainable development of local communities and preservation of environments and to establish academic facilities of cultural management. The initiative has indeed opened opportunities but it remains to be seen whether the much-debated scheme of Khandhar Anathalaya (Adoption Centre of Ruined Monuments) is transparently converted into positive action to provide a healthy performed democratic heritage for posterity.

Navina Jafa, a kathak artist and scholar, is vice president of the Centre for New Perspectives. The above article is an edited version of an excerpt from her forthcoming book Moving Histories: World of Kathak Dance in Cities.