Internalising a narrative of victimhood frees Hindus of the responsibility of their own hate. 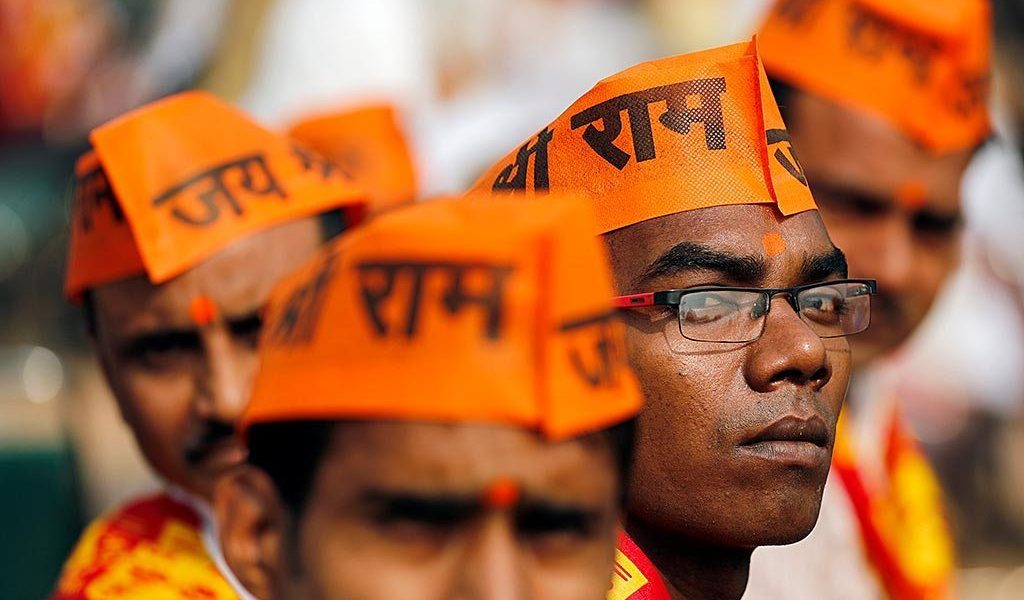 When Zomato stood by its decision of cancelling the order of a customer who objected to his delivery being made by a Muslim, many naturally rushed to applaud it. Interestingly, much of the Hindu right, even in this absolutely clear-cut case of religious bigotry, chose to stand with the customer and against Zomato.

#IStandWithAmit and #BoycottZomato were among the top Twitter trends that night. It was both amusing and revealing to watch the right-wing somehow contort this episode into that of Hindu victimhood and accuse Zomato of “treating Hindus as second class citizens” and of “playing with our religion”.

Many liberals seem to believe that this sort of Hindu victimhood is feigned. That it is merely being ‘performed’ as a political ploy. How can anyone genuinely believe that Hindus are victims in a country with a four-fifths Hindu majority, and under an avowedly Hindutva government?

While it is true that the elites of the ruling party constantly stir the pot of Hindu victimhood to reap political dividends, it would be a mistake to deem all the tweets against Zomato from countless users to be part of a contrived outrage. It is a natural tendency to believe that the concerns of your political opponents are not genuinely felt. But not everyone whose views we find hard to understand is a paid troll, or a political activist ‘performing’ outrage for an ulterior motive.

Also read | As Zomato Confronts Communal Bias, Liberal Stand Could Bring It Some Pain and Gain

If you think Hindu victimhood is too far-fetched to be genuinely believed, how do you account for the widespread belief of reverse caste discrimination? In a country where upper-castes dominate every facet of public life, where reservations only begin to partly address centuries of structural discrimination, this view is patently ridiculous. Yet, we have come across those who truly believe that it is hard being an upper-caste in India, while Dalits have it easy because of reservations.

It’s beside the point that one can point to hundreds of indicators and studies proving the deep and multi-layered privilege of upper-castes, and the existing marginalisation of Dalits. Much like you can go on quoting findings from the Sachar Committee on the material backwardness of Muslims to Hindus who believe they have been appeased for decades at the expense of Hindus. It won’t change their mind.

Baseless victimhood is impervious to evidence because it is not formed out of want of evidence. Victimhood is not responding to empirical reality, it is responding to a deeper human need – to escape responsibility.

A belief in reverse casteism can free people from taking responsibility for their life outcomes. A failure in an entrance exam or at bagging a government job can be chalked up to reservations. Sometimes, people claim they could not enter a field or a profession, not because it was hard, but because it was blighted by reservations. It can often substitute for responsibility for life choices too. Many NRIs claim they left the country not for selfish monetary reasons, but to escape the clutches of reservations. This feeling of reverse casteism is not just blind to prejudice, it is a function of prejudice, born out of entitlement.

But what is the responsibility that right-wing Hindus are escaping from when they believe in Hindu victimhood? No one can plausibly claim they couldn’t get a job or a college seat because of a Muslim. No one can plausibly claim they are materially worse off because of Muslims. Hindu victimhood is simpler. It just wants to escape one responsibility – of hate.

Indians are deeply moralistic people. Thus, many Indians experience a troubling cognitive dissonance when their stated lofty ideals of tolerance and universality (‘Vasudev Kutumbakam’) clashes with their actual opinions and behaviour that is constitutive of entrenched prejudice. This tension is resolved by internalising a narrative of victimhood. It frees them of the responsibility of their own hate, with all its attendant guilt and shame.

Victimhood provides people with a convenient cloak to hide their bigotry, perhaps even to themselves. Everyone understands hate is contemptible in a civilised society. No one wants to appear a naked bigot. But if you internalise a narrative of victimhood, you can justify and excuse the most horrendous things without having to accept that you’re a bigot. You can claim not to resent Muslims, but to resent their appeasement.

If victimhood is the washing machine used to launder hate, whataboutery is its engine. It is used to excuse everything from mob-violence to everyday discrimination. The purpose of whataboutery is not to directly justify hate crimes, but to excuse them by pointing to other hate crimes. “What about Kashmiri Pandits?” has almost become a meme after being plastered under every post reporting violence against Muslims.

Also read | What If This Is the Hindu Rashtra?

If you can’t find a similar offence to point to, you simply come up with an outlandish analogy that is consistent with your narrative of Hindu victimhood. You can stand for the person’s right to not get a food order delivered by a Muslim, because Zomato delivers Halal food. The analogy doesn’t have to make any sense, it only has to serve the purpose of excusing your hate.

When you internalise this victimhood, you can defend any extent of communal depravity in the name of attacking selectivity and appeasement. There is nothing beyond the pale. You can defend the perpetrators of the rape and murder of an eight-year-old girl if you can somehow link the case to your deeply felt sense of Hindu victimhood.

Many people mistakenly believed that this sense of Hindu victimhood would weaken as the Modi era rolled on. But this always rested on the fallacy that Hindu victimhood is based on an empirical reality of Muslim ‘appeasement’ and not an artifice created to launder hate. If some upper-castes can still nurture their victimhood after centuries of caste domination, surely five years are nothing to dispel a convenient delusion. On the contrary, as society gets more polarised, and hate expands on an even bigger scale, so does this shroud of victimhood extend to cover its increasingly putrid smell.