Will Not Attend Ayodhya Mosque Inauguration Even if Invited, Says Adityanath

While he could have attended "as a chief minister", he will not do so because he is a "Yogi" and a "Hindu", Adityanath said. 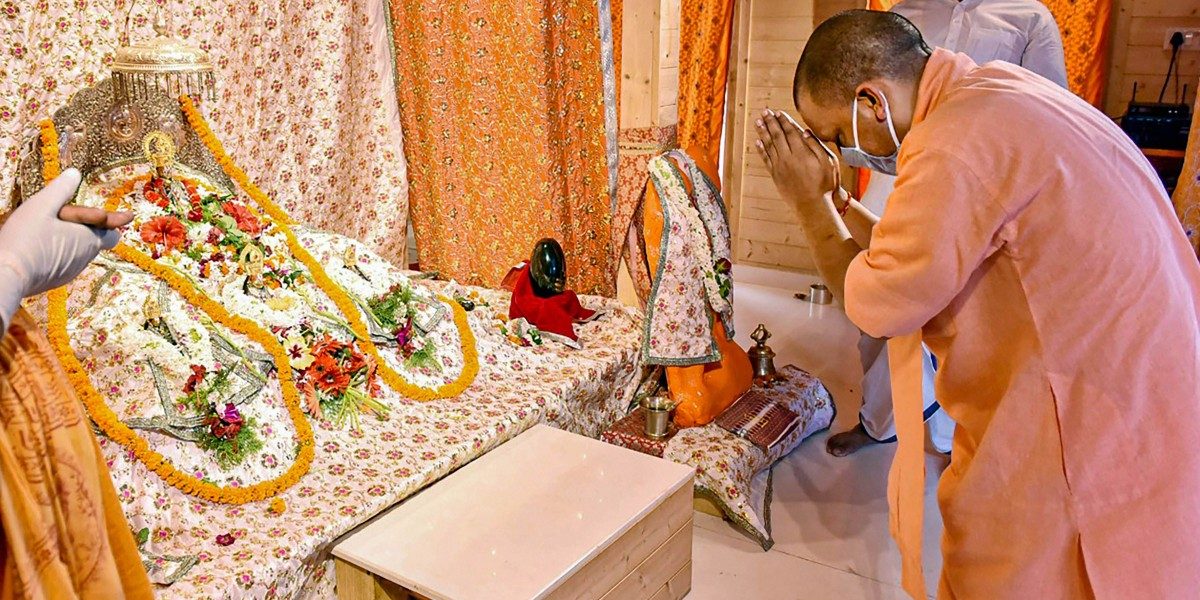 New Delhi: Uttar Pradesh chief minister Yogi Adityanath has said he will not attend the inauguration ceremony of the mosque that the Supreme Court wants built in Ayodhya, even if invited. While he could have attended “as a chief minister”, he will not do so because he is a “Yogi” and a “Hindu”, Adityanath said.

While ruling in favour of the Hindu party and paving the way for a Ram temple to be built where the Babri Masjid once stood, the Supreme Court also said in November that a mosque should be built elsewhere in Ayodhya.

Adityanath attended and spoke at the Ram temple ‘bhoomi pujan‘ ceremony held on Wednesday (August 5), to mark the beginning of construction. He told ABP News, however, that he would not make a similar appearance at the mosque’s inauguration, whenever that may be, and does not think anyone will invite him either.

Adityanath’s remarks should not come as a surprise. He is believed to have played a role in provoking anti-Muslim violence in Gorakhpur, but as The Wire has reported before, successive government played a role in scuttling investigations against him. Building a Ram temple in Ayodhya was part of the Bharatiya Janata Party’s poll promises in UP and at the Centre, and Adityanath has brought this up while campaigning across the country over the last few years.

In November last year, the Supreme Court awarded the entire disputed territory in Ayodhya to the Hindu party and said that a Ram temple should be constructed there. However, recognising the illegal demolition of the Babri Masjid in 1992, the court also granted five acres of land at a “prominent” location in Ayodhya for a mosque to be built.