This position by the state government is expected to trigger a fresh standoff with the opposition Congress which has been celebrating the ruler’s anniversary every year in the month of November. 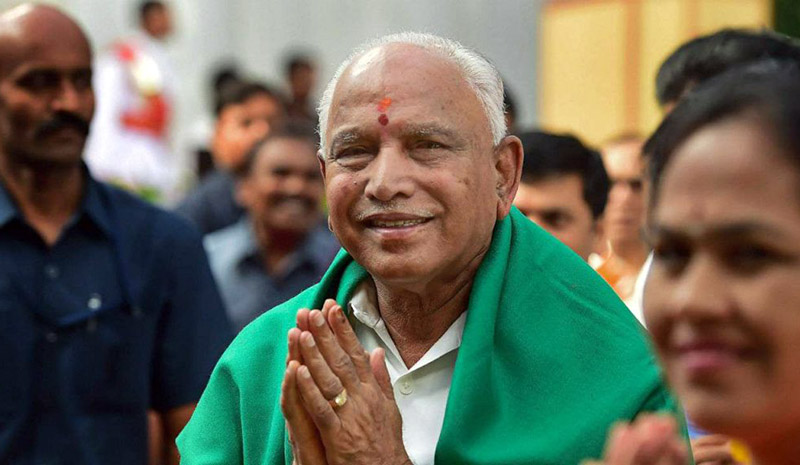 New Delhi: Karnataka chief minister B.S. Yediyurappa has once again raked up a controversy with the announcement that the state’s primary and secondary education department would be taking steps to remove contents from school textbooks that “glorify” Tipu Sultan.

Yediyurappa, last week, announced that his government “is trying to remove Tipu Sultan’s history lessons from textbooks in the state”.

“Such topics must not find a place in textbooks. 101% we are not going to allow such things to happen,” he said in a press meet in Bengaluru.

Following the chief minister’s statements, the state’s education minister S. Suresh Kumar and BJP lawmaker Ranjan Appachu too joined in and asked for deletion of everything related to the 18th-century Mysuru ruler from the school textbooks.

This position by the state government is expected to trigger a fresh standoff with the opposition Congress which has been celebrating the ruler’s anniversary every year in the month of November.

Tipu Sultan’s descendants too have expressed their displeasure and have said that the state’s move was politically motivated. Speaking to News18 in Kolkata, Shahid Alam, a descendant of Tipu Sultan, said, “He (Tipu Sultan) was a freedom fighter. So, why will someone remove him from the textbooks? We are really hurt and we personally feel that no one can lower the status of Tipu Sultan.”

The Indian Express in its report, ‘How to read Tipu Sultan’s place in history’ has said, “The “removal” of Tipu from textbooks will fundamentally alter the history of early modern India, and make invisible one of the key individuals in the society and politics of South India in the second half of the 18th century, when the East India Company was rapidly expanding Britain’s colonial footprint over the country.”

Anwar Ali Shah, one of the descendants of Tipu Sultan feels the state is only trying to use Tipu’s name for their own political interest. “They use Nathuram Godse for political mileage even though he killed Gandhiji. Then they celebrate Gandhi Jayanti also. I don’t want to demean our great ruler Tipu by giving much importance to the decision taken by the Karnataka government. Removing his name from textbooks does not mean his contribution was nothing,” he was quoted as having said by News 18.