Watch | 'If Namaz Happens in Gurugram, You Will See Dinesh Bharti with a Sword There'

Bharti has been imprisoned several times in Gurugram for interrupting namaz and is connected to VHP. 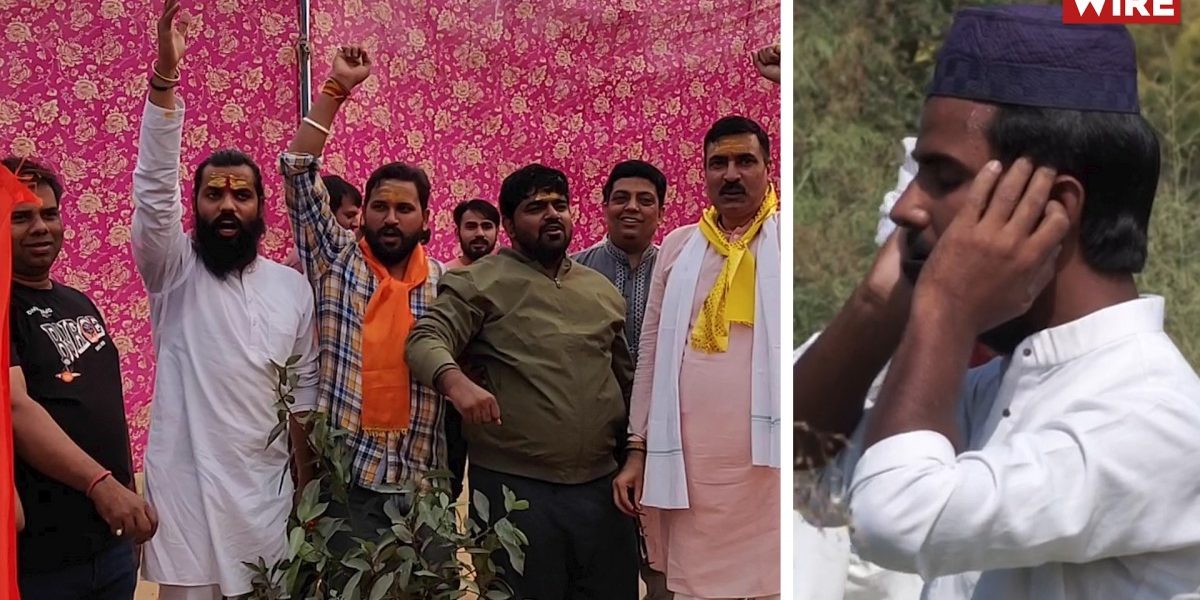 On November 5, 2021, members of Bajrang Dal and Vishwa Hindu Parishad organised Govardhan Puja at Sector 12A of Gurugram at the site where Friday Namaz had been taking place every week.

One of militant Hindutva leader Yati Narsinghanand’s close aides, Amit Hindu, a member of the Bajrang dal was present there and led ‘goli maro‘ slogans, calling to “shoot the enemies of Hindus.”

The Wire spoke with Dinesh Bharti, who has been imprisoned several times in Gurugram for interrupting namaz. Dinesh is a member of Bharat Mata Vahini and is also affiliated with the VHP. He was arrested also for the Jantar Mantar event on August 8, 2021, where there were calls to boycott and murder Muslims.