In the popular Hindu imagination, as long as Muslim public figures remain subservient to the dominant 'nationalist' thought and keep their faith private, they are patronisingly regarded as the kind of Muslims their co-religionists should emulate. 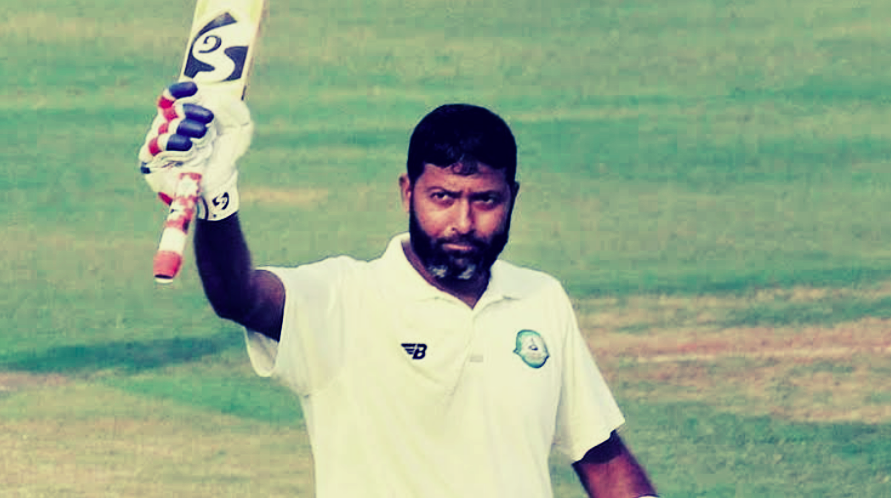 During India’s emphatic Test series win in Australia earlier this year, Mohammad Siraj, a young debutant emerged as one of the many new heroes. From making his debut at Melbourne as a replacement for the injured Mohammad Shami, Siraj had to lead the attack by the time the team reached Brisbane.

But more than his bowling exploits, what stood out the most about Siraj’s first tour down under was his show of courage when he took a firm stand against racist comments from a section of the Australian crowd during the Sydney Test.

The heckling was heavily criticised in both Australian and Indian media.

Many former and current Indian cricketers admired Siraj’s refusal to take abuse lying down and standing up for what’s right. Among them was also former India and Mumbai opening batsman Wasim Jaffer.

Even if there’s little or no crowd to cheer you on, no better motivation than playing for India. As a legend once said “You don’t play for the crowd, you play for the country.” 🇮🇳 #AUSvIND pic.twitter.com/qAwIyiUrSI

A Test specialist back in the day and no less than a legend in India’s domestic circuit, Jaffer has lately acquired a new set of fans for his rather quirky and humorous social media presence.

Reacting to Siraj being subjected to racist comments, Jaffer tweeted a meme using a template from a popular Shahrukh Khan film implying that in Indian culture, guests are treated like gods.

While Jaffer’s idea was to condemn racism and abuse, his messaging also aimed at exceptionalising Indian society from what is now widely accepted as a global problem. The idea that India is immune to discrimination based on race, colour, caste, and creed is quite common among the Indian middle class and Jaffer, perhaps inadvertently, ended up further bolstering that highly misplaced narrative.

None of this is worth revisiting. Except that in little over a month, from elevating India’s innate cultural morality on a pedestal, Jaffer himself has had to face the ugliest face of rampant bigotry that is increasingly becoming the defining characteristic of the proverbial New India. Just a day after he offered his resignation as the head coach of Uttarakhand, reports began surfacing in sections of the media hinting at Jaffer promoting communal disharmony in the team’s culture.

The media report also claims Jaffer insisted on secularising the chants team players use as a source of motivation and bonding. In a press conference in Mumbai, Jaffer squarely denied every single charge and offered a clarification from his official Twitter handle too.

1. I recommended Jay Bista for captaincy not Iqbal but CAU officials favoured Iqbal.
2. I did not invite Maulavis
3. I resigned cos bias of selectors-secretary for non-deserving players
4. Team used to say a chant of Sikh community, I suggested we can say “Go Uttarakhand” #Facts https://t.co/8vZSisrDDl

That a cricketer of Jaffer’s repute, with 31 Test caps for India, has to defend himself against such malicious charges is not at all independent of the religious faith he belongs to. The allegations do not simply question his professional integrity but are rather very guilefully implying that a Muslim  is incapable of putting his duty above his faith.

These insinuations have long been made against Muslim public figures from politics and film industry but for some reason, cricket had remained by and large immune thus far.

But it is not as if the Muslim cricketers who represented India at the highest level had not gone out of their way to fit into the majority’s idea of what qualifies as a ‘good Muslim’. In the popular Hindu imagination, as long as Muslim public figures remain subservient to the dominant ‘nationalist’ thought and keep their faith private, they are patronisingly regarded as the kind of Muslims their co-religionists should emulate. This involves publicly displaying fondness for Hindu traditions, accepting that Muslims are beneficiaries of Hindu largesse, and of course taking occasional digs at Pakistan. As long as these are met, one is certified as an ideal Muslim of the APJ Abdul Kalam mould.

Like other public figures, India’s Muslim cricketers too have largely adhered to these expectations. Not one has used the public platform to give voice to the socio-political concerns and anxieties that are specific to the Muslim community. Displaying their religious identity has silently been accepted as a no-go area. Be it the public lynchings, the organised violence, or the framing of laws specifically designed to target people of their faith, Muslim cricketers have refused to speak up as Muslims. At best, they would go only as far as appealing to the good conscience of the Indian people and invoking the national ethos.

Former India all-rounder Irfan Pathan has had a taste of these boundaries first hand. At the peak of his popularity, Pathan was among the most glamorous Indian cricketers. He had even been roped in by the ruling Bharatiya Janata Party government in his home state of Gujarat to campaign for then Chief Minister Narendra Modi during the 2012 elections. Pathan has come a long way since and today doesn’t shy away from calling out the growing bigotry in social discourse.

Though he remains fairly careful in keeping his appeals ‘apolitical’, that hasn’t proved sufficient to guard him against the worst possible Islamophobic name-calling. Pathan is no longer the ‘good Muslim’ that the majority approves of.

Pathan’s more celebrated colleague and one of India’s greatest fast bowlers Zaheer Khan has instead entirely maintained a blind eye to the plight of his community over the years. In fact, on India’s 2004 tour to Pakistan, talking to the Pakistani media, Khan went a step ahead and called the then Shiv Sena chief and ethno-religious hardliner Bal Thackeray a ‘misunderstood’ leader. One would be hard pressed to find a bigger example of an Indian Muslim going any further in  pandering to majoritarian sentiments. And yet, years later when Khan got engaged to actor Sagarika Ghatge, the Hindutva ecosystem barely kept in check its blatantly bigoted and imagined ‘love jihad’ narrative.

But what makes Jaffer’s ordeal even more repugnant is that unlike Khan and Pathan, he had not once in action or words deviated from the template a prominent Indian Muslim is expected to live by in public life. But when push came to shove, his identity in itself was more than enough. Also, unlike the other incidents, obnoxious comments with communal undertones didn’t come from nameless and faceless trolls but from people occupying fairly important offices. The bigotry hitherto confined to private spaces like dining tables and WhatsApp groups has seeped into public fora and is being normalised at a rate faster than many imagine.

A little over a week ago, some of the biggest names in Indian cricket lined up to post embarrassingly identical tweets defending the Indian government against what was laughably being deemed an international conspiracy to defame India. That kind of urgency is certainly not on show when it comes to having to extend support to literally one of their own.

So far among the most revered players, only Anil Kumble has drafted a token response to Jaffer’s tweet without really addressing the crux of the issue. Pathan too has extended his solidarity. Dodda Ganesh and Manoj Tiwary, two prominent names in domestic cricket, have also come out in support.

But the biggest superstars are, to little surprise, conspicuous by their absence. The BCCI is yet to institutionally acknowledge the matter. And if their recent history at addressing uncomfortable truths is anything to go by, Jaffer is alone in this battle.

Earlier this week, veteran Congress leader Ghulam Nabi Azad in his farewell speech in the Rajya Sabha reinforced every single cultural stereotype a practicing Muslim must meet in order to land the majority’s validation. He expressed his deepest gratitude for having been born into this land, declared India the safest possible haven for minorities, polemically talked up the religious plurality that is natural to India, and of course counted himself among the lucky ones to have never had the misfortune of visiting Pakistan.

This rosy portrayal of a make-believe India would’ve felt much more palpable if only just a couple of years back Azad would not have had to share his grievances at being ostracised owing to his faith by his fellow Congressmen. Former Vice President of India Mohammad Hamid Ansari, a man of rarest distinction, has had to face the worst kind of hounding by the Indian media for merely highlighting the fears and anxieties clouding the Muslim community in new India.

Beyond a point, one’s achievements and contributions in public life simply cease to matter to a majority intoxicated by a sense of supremacy. The ugliness of the majoritarian project kicks in no matter the lengths to which one goes to acquire the status of a ‘good Muslim’.

Because beyond a point, good is not good enough.

Note: In an earlier version of this article, former Vice President Hamid Ansari was wrongly referred to as a member of the Congress party.