The Violence of Silence: Why Modi Treats the M-Word as Radioactive 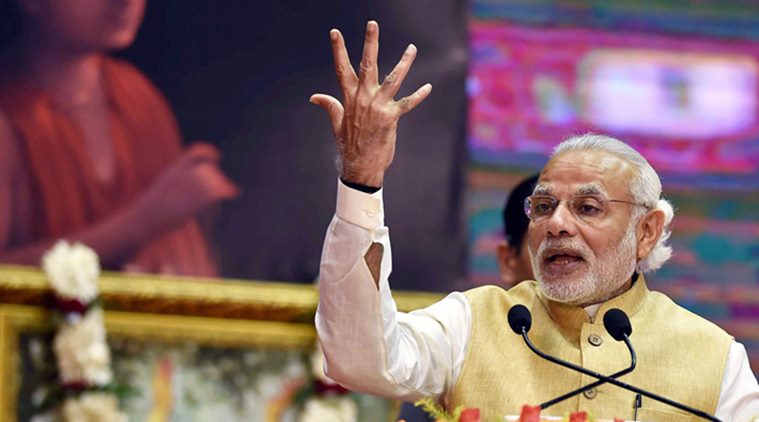 Prime Minister Narendra Modi has come out angrily against “fake” cow protection vigilante groups for their violent tactics. He has distinguished between those who genuinely want to work towards cow protection and “anti-social elements” who do “illegal activities by night and become cow protectors during the day.”

The speech comes in the wake of rising Dalit anger all over the country after incidents of lynching of Dalits in Una, Gujarat, for skinning a cow. Conscious that the wrath of the community could prove expensive for the BJP in the 2017 elections in the state and elsewhere too, the party is in damage control mode. Modi’s speech has been seen as one effort towards mollifying Dalits.

But cow related violence is not new; in September 2015, Mohammed Akhlaq was lynched to death in Dadri and his son’s skull was broken on the mere suspicion that they had beef in their refrigerator. There has been a spate of cases, big and small in other places too. Why didn’t the prime minister – who takes to the radio for his Mann ki Baat programme every month and tweets about all kinds of things daily, including condoling violent incidents elsewhere – even refer to the brutal death of a fellow citizen, let alone condemn it?

To many, the answer is obvious. Akhlaq was a Muslim and Muslims are not BJP voters. Dalits, on the other hand, could be, more so since the Sangh parivar has been working hard to get them into the overarching fold of Hindutva. This suggests that Modi never does anything without considering its political and especially electoral implications. But that cannot be the full explanation; he is after all the prime minister of the country and should concern himself with the welfare of each and every citizen. Yet, why does he become coy about directly referring to Muslims or addressing them? “If you have to shoot, shoot me, but don’t shoot my Dalit brothers,” he said on Sunday while once again taking up the issue of cow-protection related violence. He could have easily said “Dalit and Muslim brothers”, but he didn’t. What is it about the M-word that is so troubling?

In December 2012, while campaigning for the Gujarat assembly elections, Modi used to claim that the Congress had a secret plan to foist Ahmed Patel on to the state as chief minister. He referred to the Congressman not as Ahmedbhai or Shri Patel but as Ahmed miyan. It was an echo of his constant refrain of miyan Musharraf in 2002, when he won the state elections in the aftermath of the horrific riots that year.

There is no ambiguity in the messaging in both cases: miyan refers to Muslims. It can be used respectfully in a polite conversation or with disdain, to over-emphasise a person’s religion; in both cases it was the latter, sending out not-so-coded signals that under the Congress, Gujarat could suffer the terrible fate of being administered by a Muslim.

Coded signals are something that Modi excels at. His infamous speech, also in 2002, where he said that relief centres for Muslims were baby-producing factories – ‘hum paanch, humare pachees’ (we are five but we have 25) – clearly implied that Muslims were proliferating. Later, when the National Commission for Minorities, which was investigating the inflammatory content if the speech, asked for an official copy, the state government said it couldn’t find it.

With this background, when Modi began his campaign for the prime minister’s job in 2013, many wondered if his messaging would be along the lines of what he had done at the state level. However, it soon became apparent that he was deliberately steering away from things contentious and communal. No Ram Janmabhoomi, no Uniform Civil Code and no snide anti-Muslim remarks. The transformation in his rhetoric was remarkable and it won over large swathes of urban voters who were mesmerised by his message of growth, development, jobs and bringing back black money from abroad. They were convinced he was a changed man and they voted him in.

It was a clever electioneering strategy – the party faithful would back him one way or the other, but that would not be enough. The highest the party had ever won was 25.5% of the votes in 1998 and while that helped Atal Bihari Vajpayee form a government, it was with a large number of coalition partners; that Narendra Modi did not want. He needed to bring in new voters who could be convinced that Gujarat was in the past. He made conciliatory noises about reaching out to every Indian—“they are my countrymen, they are my brothers.” But despite being asked, he refused to refer to them specifically.

Since then, he has refrained from any mention of Muslims, good or bad, except for one early – and controversial – reference to a puppy coming under a car. But that has not stopped elements from the BJP and the larger Sangh parivar from heaping the vilest abuse on the community, beginning with Niranjan Jyoti’s “Ramzaade aur haraamzaade” statement and the rising number of violent incidents. As long as only Muslims were being attacked by cow vigilantes, it did not matter to Modi or the BJP; but when this violence turned against Dalits, the party realised the damage it would do and has taken steps to control it.

For the party faithful, Muslims are a no-go area. As a campaigner in Gujarat, Modi’s remarks against the community went down very well. But, as prime minister he cannot openly say any of those things. As it is, in the capitals of the world, there is consternation at the rise in communal rhetoric and tension in India.

However, even if he is the prime minister, Narendra Modi can never take any step towards Muslims that looks conciliatory, assuming that he would even want to. That would be going too far and would anger the flock. The best way out, therefore, is to not mention them at all. In the ultimate analysis, it is the committed BJP voter and the Sangh who are more important – this core cannot ever be disturbed; the rest can somehow be mollified and impressed. With his latest statements aimed solely at condemning those attacking Dalits, Modi has demonstrated yet again that the Sangh’s vision of India does not include the Indian Muslim. Rhetoric, hatred and even violence against the community is therefore a non-issue – a subject that the prime minister need not spend any time on.