‘VHP Threatening To Demolish Churches in MP,’ Bishop Appeals to President To Intervene

The appeal states how a group of men visited several churches in Jhabua district in early September, threatening to demolish 'illegal structures' and accusing priests of running a 'conversion racket'. 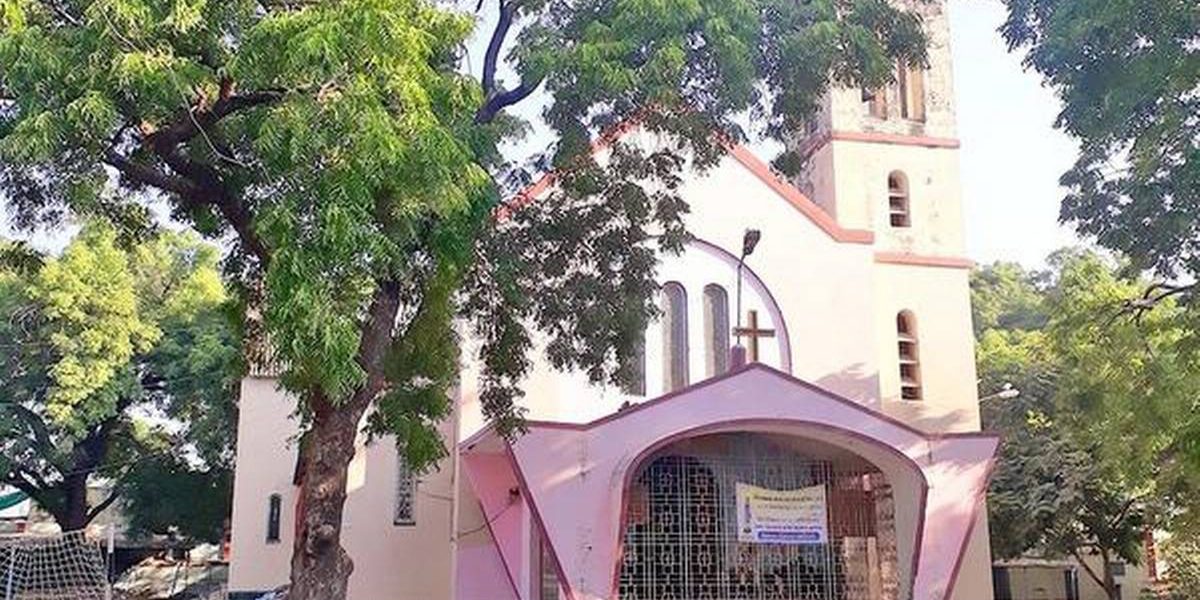 New Delhi: Seeking president Ramnath Kovind’s urgent intervention to ensure the safety and security of Christians in Madhya Pradesh, a bishop in an appeal said that the ongoing “anti-Christian violence” in the state should be stopped immediately. The letter is also addressed to Madhya Pradesh chief minister Shivraj Singh Chauhan and Governor Mangubhai C. Patel.

According to the bishop, this appeal is being sent out after individuals claiming to be members of the Vishwa Hindu Parishad (VHP) threatened to demolish churches in Madhya Pradesh’s Jhabua district.

The Wire tried contacting VHP’s Pravin Togadia for a comment, but received no response. The story will be updated as and when a response is received.

L.N. Garg, the sub-divisional magistrate of Jhabua, has however told The Wire that VHP members along with some others had approached the administration earlier this month complaining that churches are running a “conversion racket” in Jhabua district.

“We told them that if we find any such instances of forced conversions, we shall investigate the matter. However, so far, we have not found anything,” he said, while speaking to The Wire.

The issue began in early September, when a group of men visited several churches in this district and said that they would demolish all the “illegal structures running as churches”. They also accused the priests of forcefully converting Hindus to Christianity.

But this was not all.

A.C. Michael, the former member of Delhi Minorities Commission and National Coordinator of United Christian Forum (UCF), told The Wire that they were further shocked upon receiving a summons from the tehsildar (collector) of Jhabua, calling several priests to produce the documents of their appointments and conversions under them.

Far from helping the minorities who are being threatened for their faith, Micheal says, the tehsildar directed the Christian priests to present themselves before him to explain the nature of their religious activities.

The notice sent to several Christians priests reads, “Under this notice, it is being stated that if you were forcibly converted or converted by someone with some profitable motive, then please come to my office on 22/09/2021 at 12 pm.”

Signed by “Tehsildar Jhabua,” the notice further asked the priests to certify if they themselves were converted through allurement or force while threatening to initiate legal proceedings against any illegal conversions, if detected.

“He has even sought details of their appointment as priests,” Bishop Muniya, Father Maria Stephan, PRO of Bhopal Catholic Archdiocese and President of UCF, Dr. Michael Williams said in a joint statement.

The UCF is an informal umbrella organisation of Christian leadership that monitors and documents human rights violations against Christians.

Also read: Changing Faith: Why Are Political Conversions Legal But Religious Ones Suspect?

On September 17, the Auxiliary Bishop Paul Muniya of the Protestant Shalom Church in Jhabua led a delegation to the tehsildar and submitted a memorandum addressed to the President of India, Shri Ram Nath Kovind.

The letter said that many Adivasis in Jhabua district who have faith in Jesus Christ are being targeted by Hindutva organisations such as Bajrang Dal and VHP and being framed in fake cases of conversion. “Due to such threats, Adivasis in this area are living under fear and pressure,” the letter said.

Further, the letter noted that if these incidents continue, it could lead to severe damage to the area as communal tension and violence may erupt.

An atmosphere of fear

He also appealed to the state’s governor and chief minister to intervene and diffuse the situation.

“The onslaught on citizens of minority faith continues in Madhya Pradesh. Individuals claiming to be members of the Vishwa Hindu Parishad (VHP) say they are preparing to demolish churches in the Jhabua district on Sunday, 26 September,” Muniya said in the statement.

Expressing anguish, Muniya further asked, “If there is an illegal structure, let the administration take action. Why are private individuals and organisations issuing such threats?”

He also asked if the same yardstick would be applied to other religious structures in the district and state.

However, till noon on Sunday, no violence or demolition had taken place, The Wire confirmed. Despite this, A.C. Micheal says that there is an environment of fear in the district among the Christian community due to the threats by men claiming to be VHP members.

Jhabua district is located in western Madhya Pradesh and borders Baroda. Similar unrest was witnessed in the district when Azad Prem Singh, a local leader of the VHP, had demanded the closure of all churches in the area earlier this year.

The bishop says that the continued escalation of communal threats, even though focused on Jhabua and surrounding tribal-dominated districts, could have had repercussions across the country.

He added that states like Madhya Pradesh are even more vulnerable because they have enacted anti-conversions laws.

Madhya Pradesh is among the four Indian states including Uttar Pradesh, Himachal Pradesh and Uttarakhand to have enacted a new anti-conversion law.

Also read: ‘Narcotic Jihad’ and the Delusions of the Catholic Church

Experts and social activists have repeatedly said that anti-conversion laws may be misused by the state to target minority groups such as Muslims and Christians. The law also corresponds with the belief of the Hindu right organisations that Hindus, who are in majority in India, are in danger from the domination of Muslims or Christians.

According to UCF data, Christians in many parts of India continue to struggle to freely practice and propagate their faith, as multiple cases of violence against the minority group across the country continue to surface and get documented everyday.

According to just one month data from March 2020 by the UCF, there were at least 27 incidents of violence against Christians in 10 Indian states including Uttar Pradesh (six), Chhattisgarh (five), Tamil Nadu (three) and Odisha (three), Bihar (two), Karnataka (two), Madhya Pradesh (two), Maharashtra (two), Telangana (one) and Goa (one).

The same data indicates that within the first three months of 2020, a staggering 78 incidents of violence against Christians had occurred. The instances range from mob attacks, threats, intimidation and physical assault.

‘Intolerance has no room in our country’

Father Maria Stephan said, “Christians are peace-loving citizens. We are seeking judicial remedies to ensure peace and harmony in our society. We have no objection to sharing any official details about our work and personnel to the government provided the intention is right.”

Michael Williams of the UCF appealed to Prime Minister Narendra Modi and Home Minister Amit Shah to stop the “targeted violence” against Christians.

Referring to the members who threatened demolition of churches, he said, “The very fabric of our secular nation is being stretched by a few who do not respect the Constitution of India. Such people are the real anti-nationals and must be dealt with as strictly under law as possible. This intolerance has no room in our country.”