What VHP America's Invitation to a Hatemonger, Now Rescinded, Tells Us About Sangh Parivar

The event was called off due to public outrage but we should never forget that a group linked through common parentage with India's ruling party actually offered its platform to a man who says "all Muslims should be eliminated". 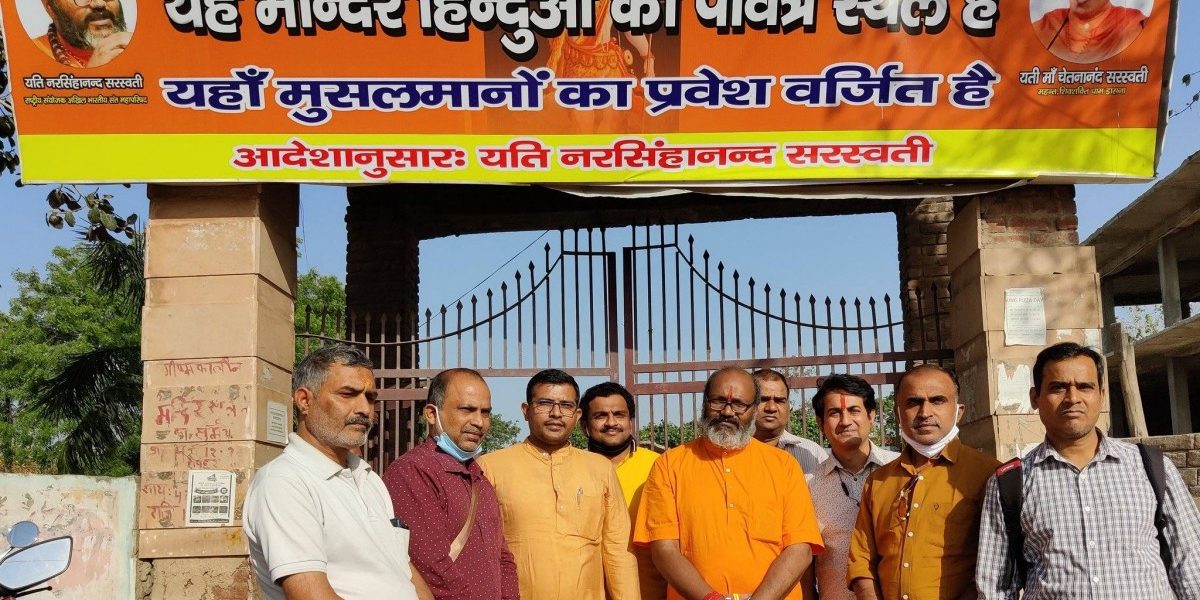 As a Hindu who stands firmly opposed to caste, I celebrate April 14 as Ambedkar Jayanti, the birth anniversary of Dr B.R. Ambedkar, who fought for caste abolition and was the architect of the Constitution of India. This moment sees the convergence of both Ambedkar Jayanti and so many religious festivals: Ugadhi, Puthandu, Vishu, Gudi Padwa, and many other “New Year” days; Vaisakhi for Sikhs; and the beginning of Ramzan for Muslims.

At this auspicious moment, I found myself deeply disturbed. The Vishwa Hindu Parishad-America (VHPA) is hosting a virtual Ramayan Path (recitation of the Ramayana) for Chaitra Navratri, starting today. That isn’t a problem. The problem was their choice of main speaker: Yati Narsinghanand Saraswati, chief priest of the Dasna Devi Temple in Ghaziabad, Uttar Pradesh, and the leader of an organisation called Hindu Swabhiman (Hindu Self-Respect).

After considerable outrage and an online petition, the VHPA has distanced itself from the event and also said that the event involving Narsinghanand has been cancelled.

A supporter of the VHPA had circulated the event flyer and sought to stream it on the VHPA social media channels, without being fully aware of some of the controversial statements made by him. The event was cancelled after VHPA became aware of the aforementioned statements.

Here’s why the invitation had caused so much outrage to begin with.

The VHPA claims to be guided by phrases like Vasudhaiva Kutumbakam (the world is one family). But as much as they deny it, they are unquestionably the American wing of the Vishwa Hindu Parishad (VHP), a Hindu chauvinist organisation formed in 1964 in India. The VHPA is an independent body in the sense that they are registered as a tax exempt organisation in the US, but they share their name, roots and ideology with the VHP in India.

One of the founders of the VHP was none other than M.S. Golwalkar, an early leader of the Hindu extremist organisation, the Rashtriya Swayamsevak Sangh (RSS). M.K. Gandhi’s assassin, Nathuram Godse, was a proud member of the RSS who, according to his brother, dissociated himself so as to protect the Sangh from the consequences of his crime. To deny the connection between the VHPA and the VHP – and by extension, the RSS – is to insult our intelligence.

Golwalkar’s derision of Muslims and vision for India as a Hindu rashtra is well-documented. It was Golwalkar who said, “If we (Hindus) worship in the temple, he (the Muslim) would desecrate it. If we carry on bhajans and car festivals (rath yatras), that would irritate him. If we worship cow, he would like to eat it. If we glorify woman as a symbol of sacred motherhood, he would like to molest her.”

The VHPA’s planned main speaker at their Navaratri event, Yati Narsinghanand Saraswati, is a modern-day Golwalkar. And there is ample evidence that backs this statement. 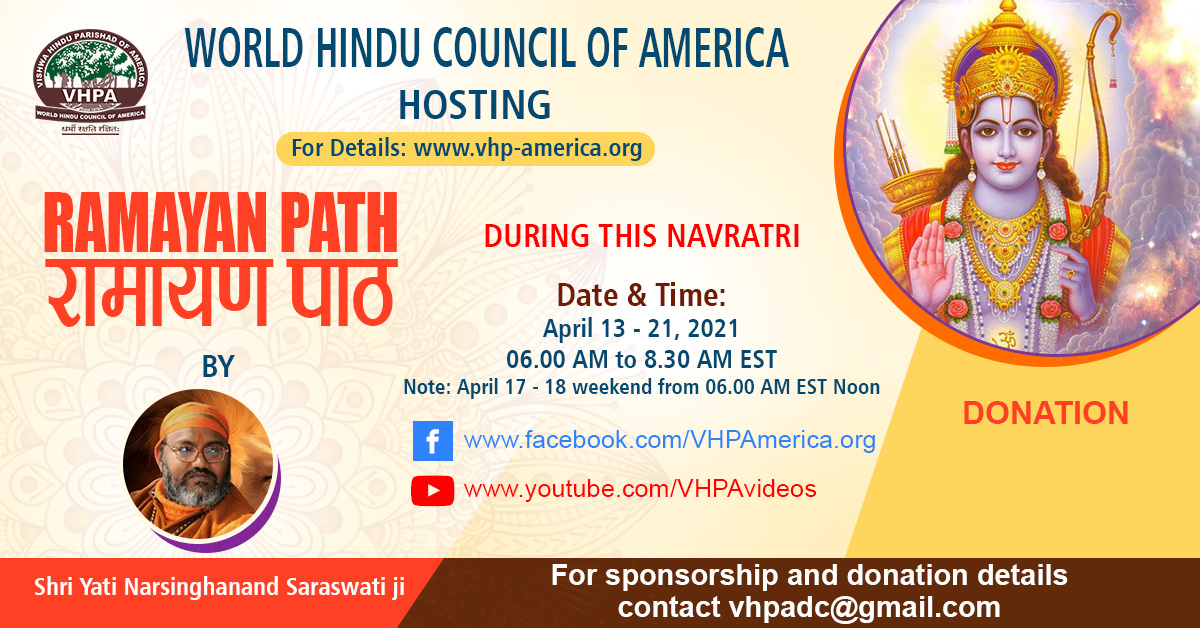 In the days leading up to the violence that took place in Delhi last February, Saraswati made many anti-Muslim comments, such as “Those we call Muslims in our current era were called demons in earlier eras.” In fact, The Wire has named him as one of the Hindutva leaders whose statements directly incited the anti-Muslim attacks.

Most recently, when a 14-year-old Muslim boy was beaten for drinking water in Saraswati’s own temple, he commended the two men who thrashed the boy, lamenting that their only mistake was to allow the thrashing to be recorded on video.

Another recent event that brought Saraswati into the news was his praise and congratulations for those who vandalised a Shirdi Sai Baba idol in a Hindu temple in Delhi a few weeks ago. Shirdi Sai Baba was a saint from Maharashtra who died in 1918, and was revered by Hindus and Muslims alike.

The Hinduism that motivates me to act for justice in the world is a faith that sees God in every person, not a faith that sees Muslims as “demons” and Shirdi Sai Baba as a “jihadi”. My Navaratri is a time to invoke the divine feminine shakti that obliterates evil and preserves truth. The VHPA, by inviting Yati Narsinghanand as their main Navaratri speaker, was saying that they are driven by an ideology of hate and violence rather than a faith based in love and oneness.

Also read: Narsinghanand Has Called for Murder and Genocide. So Why Isn’t He Behind Bars Yet?

VHPA’s denial of any connection to the Hindu nationalist VHP of India sounds rather hollow when you think of their ideological and organisational roots.

It is ironic that Saraswati was supposed to deliver discourses on the Ramcharitmanas at the VHPA event. The author of the Ramcharitmanas, Tulsidas, incorporated Persian and Urdu vocabulary into his retelling of the Ramayana. In verse 1.13 of the Balakand (first section), Tulsidas even addresses his lord Ram as “gharib nawaz” (protector of the poor), a title that is given to Sufi saints like Khwaja Moinuddin Chishti. In this same verse and others, he refers to Ram and Hanuman using the word sahib (sir), which is derived from Arabic.

What would a priest who says “all Muslims should be eliminated” have to say about that?

Sunita Viswanath is the cofounder of a US-based NGO, Hindus for Human Rights, which has launched a #RejectHate petition in response to the VHPA inviting Yati Narsinghanand Saraswati as their Navaratri speaker.

Note: This article was updated to reflect the cancellation of the event.