UP Police Arrests 2 After Woman Says She Was 'Hired' to Accuse Muslim Man of 'Love Jihad', Rape

One of the two men, who also received bail, has claimed to be a BJP worker on his Facebook account, a report says. 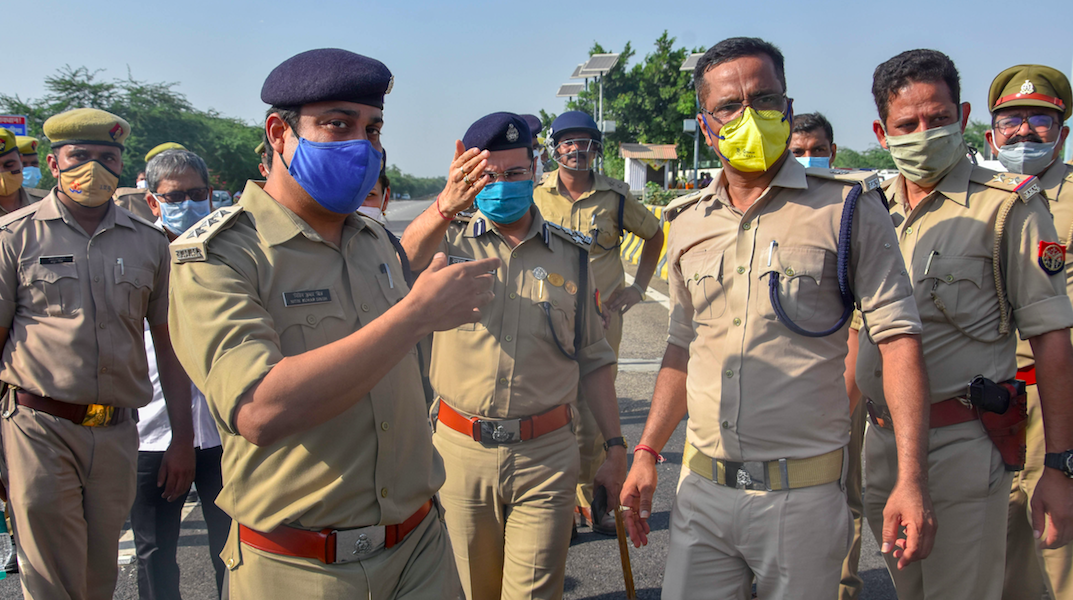 New Delhi: A Delhi woman has accused two people of having hired her to frame a Muslim man in a ‘love jihad’ and rape case in Uttar Pradesh’s Kasganj. The two men were arrested and are out on interim bail.

One of the two has identified himself as the ‘district vice-president of the Bharatiya Janata Party’s youth wing’ on his Facebook page, Times of India has reported.

The woman is 24 years old and is identified as Radha in the report. She had earlier accused a Muslim man, identified as Prince Qureshi, of having promised to marry her and then raping her. Qureshi had posed as a Hindu, she had also said, according to the report.

Police had booked Qureshi under sections 376 (rape), 323 (voluntarily causing hurt), and 506 (criminal intimidation) of the Indian Penal Code on July 16.

As many as 200 workers of Hindutva organisations had staged a protest near the Ganjdundwara police station in Kasganj against the incident.

In late 2020, Uttar Pradesh brought a controversial law to purportedly curb ‘love jihad’ – a phrase for an imagined conspiracy peddled by Hindutva groups to popularise the idea that Muslim men ‘lure’ Hindu women through unfair means to ultimately increase the Muslim population in the country. Several cases lodged under the law been been criticised as partisan. The Union home ministry had earlier said it has no data on such cases.

Radha reportedly withdrew her allegations and has now said that two men – Aman Chauhan and Akash Solanki – had hired her to say this. Her statement was recorded before a magistrate under Section 164 of the Criminal Procedure Code.

Chauhan’s Facebook account claimed that he was a leader of the BJP youth wing, according to TOI. BJP’s Kasganj president has said, “He had been removed from the party.”

Reports have said that Qureshi and the accused men were business rivals.

An FIR has been registered, charging all three for criminal conspiracy. Chauhan and Solanki were arrested and granted interim bail.

SP of Kasganj police BBGTS Murthy told TOI that details provided by the woman were found to be wrong.

“She was unwilling to go for a medical examination,” he added.