Raza Jama Masjid and Sanatan Dharam Mandir have coexisted about 25 feet apart from each other since the late 1980s. But recently, tensions have been on the boil. 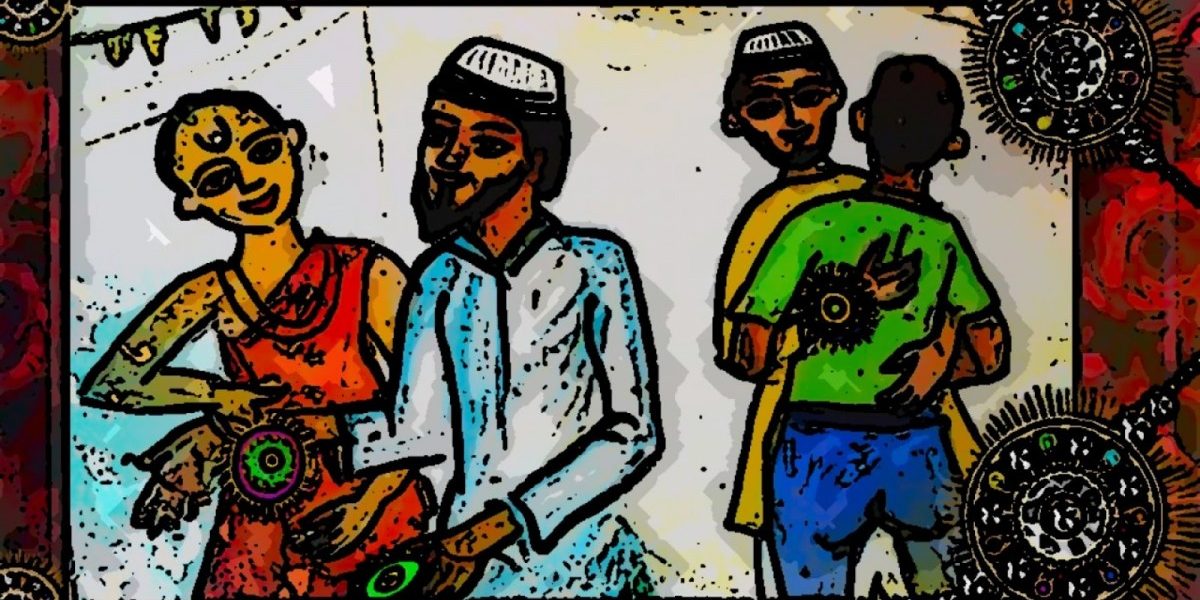 New Delhi: When the fight erupted, it was the older people of the area who first intervened.

“He (referring to another elderly man) is a Muslim whose family contributed to the making of the temple and I am a Hindu who supported the construction of the mosque near the temple. Why are you fighting now?” one man, in his late sixties, said. He was attempting to assuage the temple authority’s anger over the freshly renovated ablution area in the mosque, which had allegedly exceeded the area designated to the mosque.

Raza Jama Masjid and Sanatan Dharam Mandir have coexisted about 25 feet apart from each other, on opposite sides of the road in Delhi’s Uttam Nagar area for almost 35 years, when the mosque was built in the late 1980s.

As political leaders oversee polarisation across the country, this mood of peaceful coexistence has been replaced by a muscular assertion of religious identity.

In 2008, a case was registered against the mosque over a property dispute with the temple, which was later settled in the Moti Nagar court. “The court had said that both the temple and the mosque must remain as they are,” the mosque’s secretary Mohammad Moti told The Wire.

But this year, tensions rose again. According to Moti, when the mother of a regular Mosque attendee died, he came to the mosque with an idea. “The ablution area is old. I want to get it renovated in the name of my mother, who will get the benefit for this in heaven,” he said. The mosque authorities agreed. And so the work started.

A new pipe, fresh paint and shiny silver taps – by the second week of February, most of the work in the ablution area was done. The tiles were yet to be placed when the temple authorities called the police and said that the mosque was not following the 2008 court order. “They said that the court had ordered that the temple, as well as the mosque, will remain as they are. Our new ablution area was taking more space than before, they said,” Moti told The Wire.

A spat ensued among both parties and finally, police from the nearby Uttam Nagar station were called. “The police told us that they have seen how even cows drink water from the taps in our ablution area. They said that if the temple authorities are objecting to a few inches of the area, why don’t we just remove it? And so, we agreed and got it done,” Moti said.

But it did not end there. The next month, in March, the temple authorities, according to Moti, again objected to the ablution area. “At this point, the area had already been reduced, all the work was done and even the tiles were installed,” Moti told The Wire.

The temple authorities said that the mosque’s area is slowly being increased and it is occupying the road as well as the nearby park. “They (Muslims) are trying to create their domination in this country slowly,” one local Hindu told The Wire. They also accused Muslim men of harassing Hindu women in the temple and pelting stones at the temple. They also object to the azaan (call to prayer). However, the local police have not confirmed any of these allegations.

BJP’s Harish Harjai was also present and actively involved in the demand to break the ablution area, according to members of the mosque committee.

“The Hindu society is very patient and these people (referring to Muslims) take advantage of that. We never had a problem with them doing whatever they wish inside the mosque premises, but if they try to supersede us, the Hindu society under Modi’s regime will react,” Harjai told a news portal on March 21.

On March 21, communal tensions began boiling in the area and videos shared by Moti to The Wire show crowds assembled outside the mosque, chanting “Jai Shri Ram” the night before.

The mosque committee, including Moti, held a meeting and unanimously decided that they themselves will destroy the entire ablution area. “We thought that if not today, it may become an issue tomorrow. To safeguard the future of this mosque, we decided to destroy the ablution area so that no conflict arises from it,” Moti said.

After it was destroyed, Moti says, somebody from the temple told him to also “destroy the minaret of the mosque”. He also said that a crowd had gathered outside when the ablution area was being destroyed and was chanting “Jai Shri Ram.”

“We destroyed the ablution area with a heavy heart, thinking that it will ensure peace in the area. But then one person started telling us to break the tombs of the mosque and also to remove the mic because they consider the azaan disturbing. Such people just want to create a ruckus. Another area of land, adjacent to the temple, is also owned by the mosque and during Muharram, tazias (procession) are conducted there yearly. Nobody from the temple authority has ever had a problem,” he told The Wire.

Moti added that locals of the area, regardless of their religion, assured the mosque authorities that they need not worry. “But there are some who say that Muslims go to the terrace of the temple to harass Hindu women. My question to them is, if this is true, why don’t they report those persons to the police?” Moti asks.

Since March 21, local police have been patrolling the area. According to the Uttam Nagar SHO, 12 police officers have been deployed there. “The situation is okay now,” he told The Wire.

A programme was to be held by the Vishwa Hindu Parishad and Bajrang Dal, among other Hindu organisations, on March 23. The address for the invite referred to the mosque too. This, Moti said, was unusual. “Usually, when there are programmes in the temple, just the temple’s name is enough as it is famous around here. But this time, they specifically mentioned the mosque in the address, which really scared us. It was, in a way, a threat,” he said.

The next day, a meeting was held by ACP Sub-Division Dwarka, under whose jurisdiction the Uttam Nagar area comes. The ACP addressed both sides, requested that no dispute should arise, and added that both mosque and temple authorities will have to sign a legal agreement after Holi.

The police say that there is no reason to worry now. The mosque authorities say that the police have been helpful in ensuring peace.

However, an ordinary embroidery worker who spent a huge chunk of his savings to oversee the renovation of the mosque’s ablution area, now regrets his act of charity. Little did he know that it would lead to such communal tension in the area.