According to the police complaint, the accused held the man by the beard and told him that he's an "anti-national" and that his people have murdered Kanhaiya Lal. 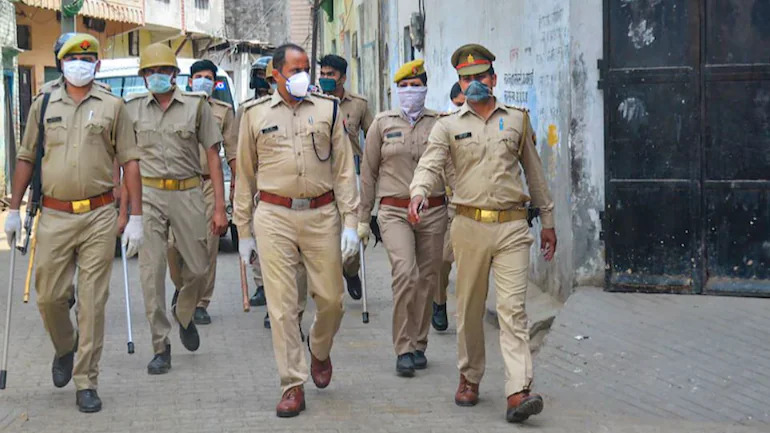 New Delhi: A Muslim man was allegedly assaulted by some local residents of Farah in Uttar Pradesh’s Mathura district, who told him that people from his community have murdered Kanhaiya Lal.

Lal, a tailor, was brutally killed at a shop in Rajasthan’s Udaipur on June 28 after he had extended support to suspended BJP spokesperson Nupur Sharma, who had made allegedly offensive remarks on Prophet Muhammad.

Mubeen Qureshi, a resident of Farah, had on Sunday, July 10 gone to his fields to gather fodder for his animals when a group of men from the Dharmpura Pulia area allegedly assaulted him and forced him to chant ‘Bharat Mata ki Jai’.

Later, one of the accused allegedly uploaded the video of the attack which went viral.

“I had gone to the fields when a group of men stopped me and started hurling slurs and manhandling me. They made me chant slogans and recorded the video. Even then I had no issue, but they uploaded the video later and the whole village saw it,” Mubeen told The Wire.

“Why were they behaving like this with me? We are from the same village. We know each other,” he said.

According to the police complaint filed by Mubeen, the accused held him by the beard and told him that he’s an “anti-national” and that his people have murdered Kanhaiya Lal.

“We won’t let you Kat*** live in this country now. We will erase you from here now,” the accused told Mubeen, as per the complaint.

As soon as the video was uploaded on social media, the UP police took cognisance and the accused were identified.

Speaking to The Wire, Ravindra Babu, the station house officer (SHO) at Farah police station in Mathura, said that two accused have been arrested in the case.

The charges against the accused have been filed under IPC sections 504 (intentional insult with intent to provoke breach of the peace), 295 (injuring or defiling place of worship with intent to insult the religion of any class) and 323 (punishment for voluntarily causing hurt).

“The accused stopped him while he had gone to collect fodder and they allegedly made him chant ‘Bharat Mata ki Jai’ and abused him,” the SHO said.

The two accused have been identified as Chandraveer and Arun, the man who had uploaded the video on social media, as per the police.